Today I have some tips for that will help you grow your sales. I’ve been around a while (that’s why I have got gray hair).

Now for those of you that have been following me for a while, you may think, “Oh, he’s mentioned these before along with others.” And you know why? Because they work.

Sometimes I have to mention things over and over and over again until people give it a little go and then come back and write me an e-mail and say, “I tell you what, Jon, I know I have seen you mention this before and I have not tried it, but I did this last week and it works.”

That’s the kind of things I hear, and it brings a smile to my face. And if you do want to e-mail me ever to tell me what you think even if you don’t like me, I’m always interested to hear, but I prefer the ones where you do like me.

Just email me at jon@marketingforowners.com and I answer every single one.

So, these tips are all going to involve talking to your customers — yes, sorry about that. 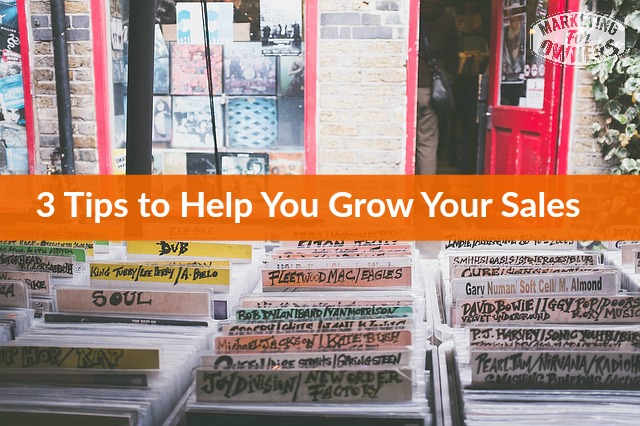 You need to ask for referrals. Yes, this forms the sixth P in my sales process. If you want to get perpetual sales, you need your customers to become preachers for your business.

They will tell people and sometimes they will willingly tell people, but don’t do anything about it, so you need to go and ask them, you need to ask them to do this or ask them to give the referral to you and you can contact them.

Now when you ask people, I want you to consider this; which people are most likely to give you referrals? There are different degrees, so someone who has just bought your product for the first time, they are in the trusting phase, they’re thinking “Seems okay, we trust him, let’s give him a go, let’s buy something see how that gets on.”

Possibly not the best for referrals, but then someone who has bought again, now they thoroughly trust you, they think you did such a good job, they’re thinking, “Okay, we’ll give him another try.” And they are good.

But then you have people, everyone has customers that buy again and again and again. And of course if you’re in a service industry where you’ve just got a number of clients, if you’ve got clients that are long-term, yes, they like you.

So in the confidence thing, a lot of us don’t quite have the confidence for this because we are just too scared that the client will say “No”, or “Well, I don’t think you do a good job.”

But think it through, think of it psychologically, if someone is a repeat customer, they think you are great, even if they think you’re adequate, you are far more adequate than everyone else because they don’t leave you and go and buy from your competitors.

And you know there are competitors out there, don’t you?

So go visit those people or phone them and ask them, just simply ask them, ask them for referrals, say, “You obviously like this. Do you know of someone else that we can speak to who would benefit?” And don’t make it from your perspective.

Remember, “someone else that would benefit from this service.” People don’t want to make you rich, they want to be helpful to others, they want to look great, they want to tell their friends. “Well I know the best place to get that.”

In the same way that when someone says “Anyone know any good movie to watch?” Someone will stick their hand up and say, “Oh yes. You’ve got to go see this, I’m the movie expert, I have watched this and I’ll tell you all about it, go and watch that.” It’s the same with everything, people want to give referrals and look good.

Now the next one also involves speaking to customers. Those top customers, so they are your preachers, they are the most likely.

Ask those customers what new products or services they would like. Yes! Imagine that? Imagine if suppliers came to us, the likely buyers of their products and asked us what we’d want to buy or if they told us what they’re thinking of producing, asked us if we are likely to actually buy that.

Now if they did that, we could tell them that “No, we’re not likely to buy that, we don’t need it. However, if you adjusted it like this and painted it that color and did it like that, and sold it like that, then yes that would be perfect.”

That supplier then has the opportunity to make those adjustments and to not produce a dud that nobody buys.

This is a win win, so for you if you are thinking of offering a new service, don’t just create it, go to all the expense of doing it, practicing it, developing the systems and then going to customers and saying “Hey look, we’ve got this for you.”

Go and ask them if they would want it first. And if you’re thinking to yourself, “Oh, I can’t tell them” because you’re like MI-5 or the CIA and you have to be all top secret and, “Oh, I can’t possibly tell them!” Because, why?

Can you imagine how they will feel when you come to them and say “I respect you so much, I appreciate you so much as a customer, I want you to help me develop a new service. Can I ask for your opinion?”

Imagine what it’s going to save you and imagine of the ideas that you have not even thought of that people are going to come up with. Why don’t you do this regularly?

Why don’t you ask them about current services, how they can be improved? And of course you don’t have to do what everyone says, but if half the people you speak to have the same opinion, you may be onto something.

So which level? Instead of “No I don’t want it” or “Yes I want it”, say “We have three levels, which one do you want?” And now they’re suddenly thinking “I have got to decide which one.”

They have forgotten about the option of saying no. So why not give people a choice of service levels? So there’s the medium, the standard, then there’s the basic and then there is the flash version.

The flash version may have extra access to you, the basic one may cut out all the bells and whistles, the extra one may have reports, PDFs and pictures and storage of records, who knows what?

You can figure it out. But imagine what that does. And some people, at the moment everyone who buys is buying the standard.

Now of course some people are going to buy the basic one, your standard could be the basic one, but imagine if one person buys the enhanced one, extra money for you. And it doesn’t have to be too flash, remember, you want to make more money, get them to spend more.

Think of those, those three tips seriously will grow your sales and none of them cost anything. And none of them are of any effort, they’re all using the same customers. Give it a go. 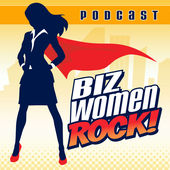 Okay, it’s Thursday, which means it is time for a drive time podcast. This one is a wonderful lady, it’s very excitable, I love the production style, I love the beginning, she doesn’t waffle on with a long intro and that kind of stuff.

It’s called the Biz Women Rock with Katie Krimitsos. She interviews successful women of all types, so ones that you’ve probably never heard of and they go through story of what they have learned, what they have got wrong and everything.

But she’s very excitable and she recently won an award in John Lee Dumas’ Podcaster’s Paradise, she was voted. So, well worth a listen. Go on, go see what you think, let me know. I like it.