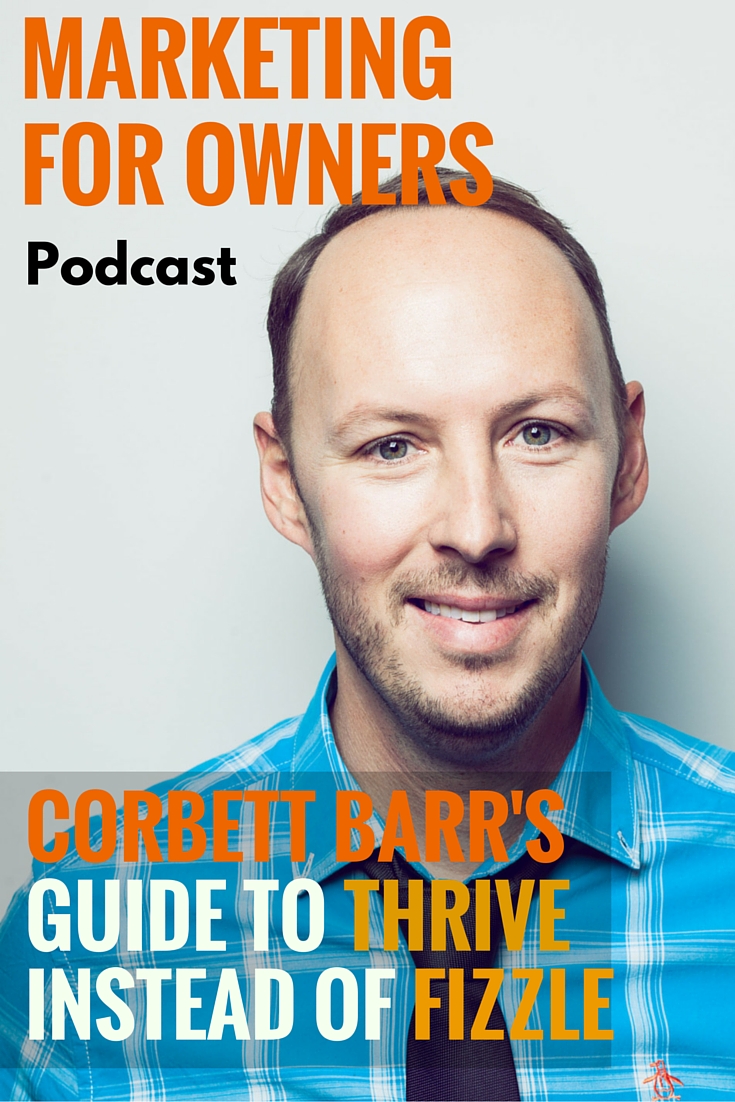 Corbett Barr’s main purpose is to help people get online and do it in the right way. And that’s exactly what he does at Fizzle.

He had a job many people would be envious of, working for Fortune 500 clients, traveling the US and working on various projects.

But feeling like a small cog in a giant machine, and in an industry where everyone only cares about money, he got out. He went off and built a start up in the infamous Silicon Valley.

However, with the financial crisis of 2008 and a lack of money, he walked away and went on a road trip through Mexico with his wife. 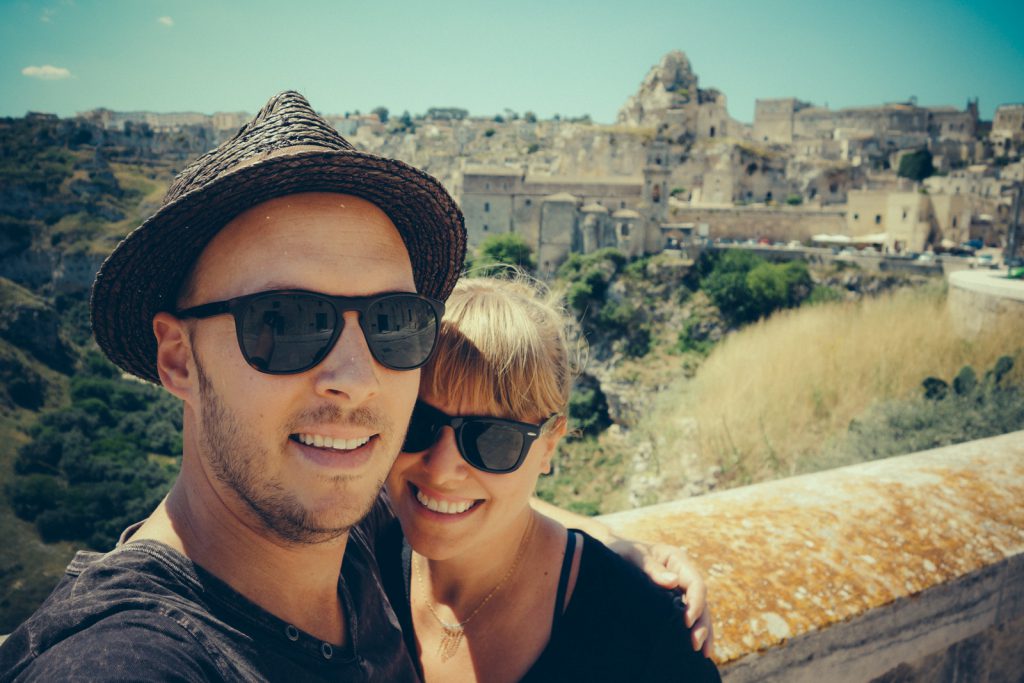 It was then that he started up a blog documenting the people he met along the way. Within a year, he had half a million visitors and never looked back.

But how was his blog the starting point of his success? He tells us exactly how.

How Corbett Barr Learned to Thrive Instead of Fizzle

No business finds it easy to start out. Some may make it look easy for the outsider, but under the water, they’re paddling hard to keep afloat.

But the key is to not let this initial struggle hold you back. Don’t become paralyzed by over-analysis. It’s easy to never put stuff out there because you’re incapacitated by fear.

It could be you’re scared that your audience won’t like your precious new idea. Or fear it won’t work, will disappoint or even prove that you’re not as talented as you everyone else thinks you are.

The unfortunate side of it is that you can never hope to grow if you don’t give these things a try. Corbett has spent the past 7 years constantly experimenting with new business ideas. And I’m sure they’ve not all worked out. 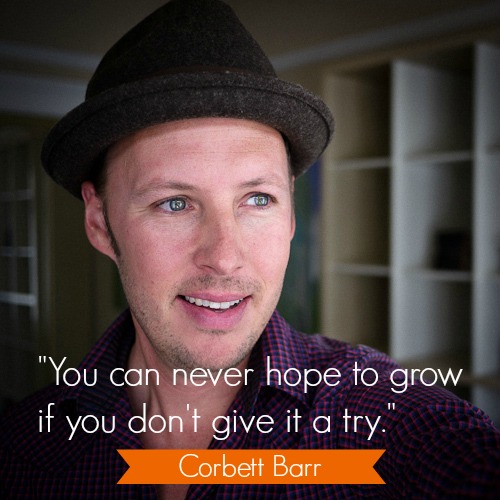 So it’s important to not procrastinate due to perfection. You need to grow an audience, and then produce compelling products which they will want to actually pay for.

When Corbett started his blog about his Mexican adventure, it wasn’t his plan to build a business. But what he uncovered was a trend in what people were looking for.

By engaging with his readers, he discovered that they all shared an interest in building a career around their lifestyles.

These people who were reading his posts found themselves dissatisfied with their career. They wanted a way of being able to support the lifestyle they were after.

Intentionally or accidentally is irrelevant. But what Corbett managed to achieve was to build his audience first, before he had a product for them to buy. 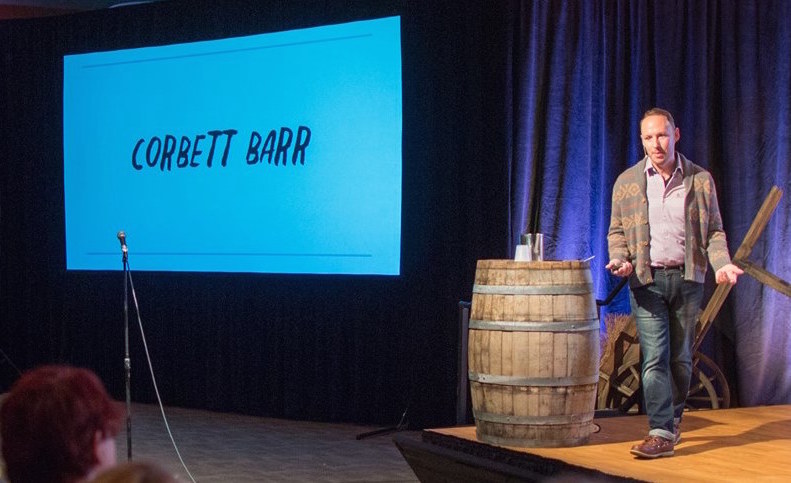 Once he started blogging, he saw the potential for it to be the foundations for him to build on.

That allowed him to form a product which would suit them as opposed to trying to find an audience for a product you’ve built. And that is a real struggle sometimes.

But it also means that if you’ve really listened to them, you would have created a product you can almost guarantee they’ll pay for.

Don’t Forget To Build A List Along The Way

This is one mistake that many people make when they first start blogging, and Corbett was guilty of it too — not list-building from the very start.

In the early days, you’re very lucky if someone stumbles upon a blog post on your website. Then once they’ve read, or more likely skimmed, your article, what do they do then?

They’ll just move on somewhere else and carry on with their lives. They’ll forget all about your website; if they even knew what it was in the first place.

Instead, you want to create some ‘stickiness’ and find a way of ensuring they come back again.

Fizzle has a great lead capture on their blog.

A common way of doing it is adding a call to action, asking for a like on Facebook or follow on Twitter. However, the problem with that is you end up getting lost in the noise of their feed.

A good alternative is to get an invite to their email inbox. You need a way of getting their email address so you can market directly to them.

People are often forced to open your email, even if it is just to clear their unread emails. But then you can try and grab their attention.

Try to avoid asking them to ‘Sign up for your newsletter’. It’s vague, and many people don’t want to do that. Alternatively, give them something in return.

With Corbett’s Think Traffic blog (which is now Sparkline), he offers his readers a toolbox of learning resources which would get sent to their inbox instantly.

That ended up working to vastly grow his email list in a short space of time.

And part of the skill of making it work is to write a compelling few sentences to entice the reader into action.

To do this well, it’s not about being a great writer. Instead of thinking about your needs, empathize with your audience and what they want.

What Does Your Audience Want?

Once you know the answer, naturally, your content will be better.

After Corbett had created a few courses on Sparkline, he took a step back and thought about what his customers might think about it.

It was then that he decided he needed to make a platform which entrepreneurs could use to grow their business online.

And he was able to look at it objectively thanks to knowing his customers. And that’s where Fizzle, the training library and community, came from. 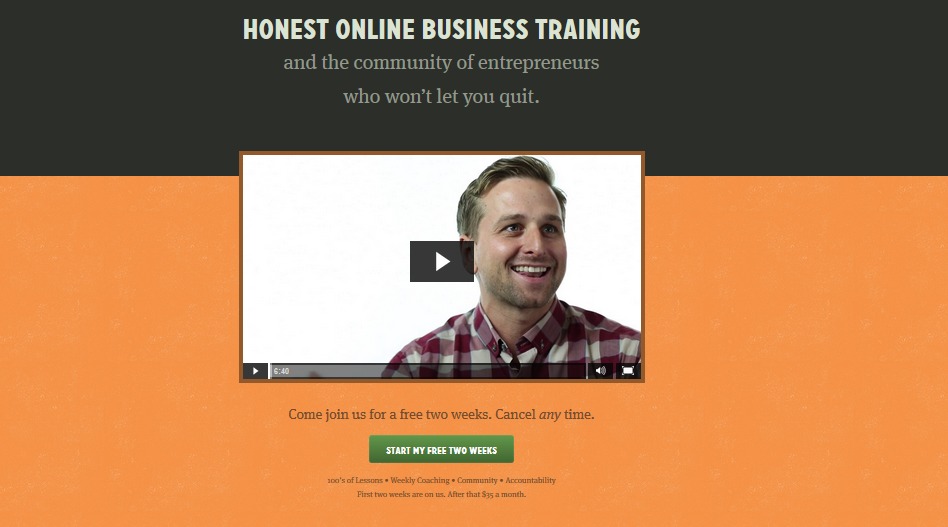 You can get your first two weeks free at Fizzle.

After building numerous courses for his customers to use, he found they didn’t know what to do next. So as a result of that, he created a roadmap which his customers could use to direct them.

The comprehensive guide helps users by assigning weekly tasks to complete. It guides from starting a brand new business, though to expanding on their eventual momentum. Or in other words, from 0 to $100,000 revenue.

Take Your Customer On A Journey

With Fizzle, Corbett uses his roadmap to guide them. Its main purpose is to reduce feelings of feeling overwhelmed by breaking a project into smaller, achievable tasks.

The big picture is often daunting, so instead just focus on the next immediate step.

When you overload them with information, they’re left scratching their heads. Corbett gives them workbooks. It then puts them into a cycle of acting, rather than analyzing.

But if his customers do need more help, he isn’t afraid to hold their hand and help them along. Even though he has around 2,000 members, he joins them all on their journey. 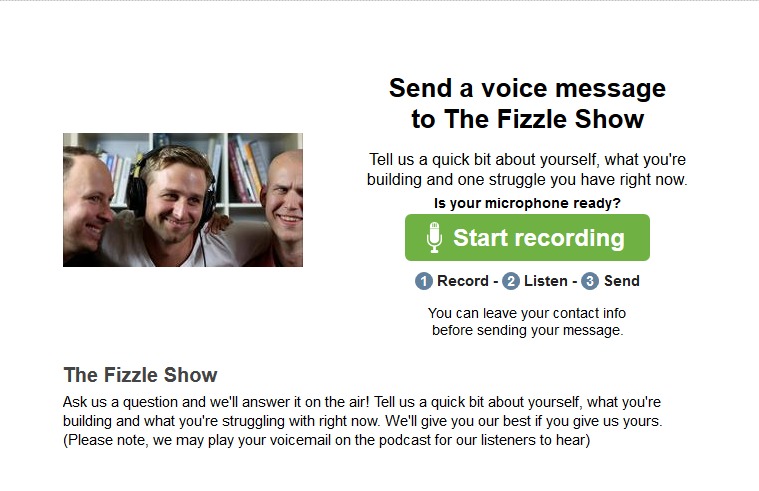 He has done this by creating a community of customers who can ask him questions. He gives them the choice of ways of doing it.

He has a weekly Q&A session, on top of being contactable through email, video chat and in person. He ensures he meets the individual needs of every customers.

Enjoy A Relationship With Them

Online can be a one-way relationship. It’s easy for you to talk to them and offer no chance to communicate back. To make true fans and customers, you need to build the relationships.

In order to have an intimate relationship, communication is vital.

In Fizzle, his community goes one step further and they all enjoy a relationship with each other. He has created a forum for them to ask and offer help to everyone there.

If one person has a question, chances are someone has already encountered and solved the problem themselves.

They even organize community meet-ups among themselves. He has taken his online business into the offline world as well. 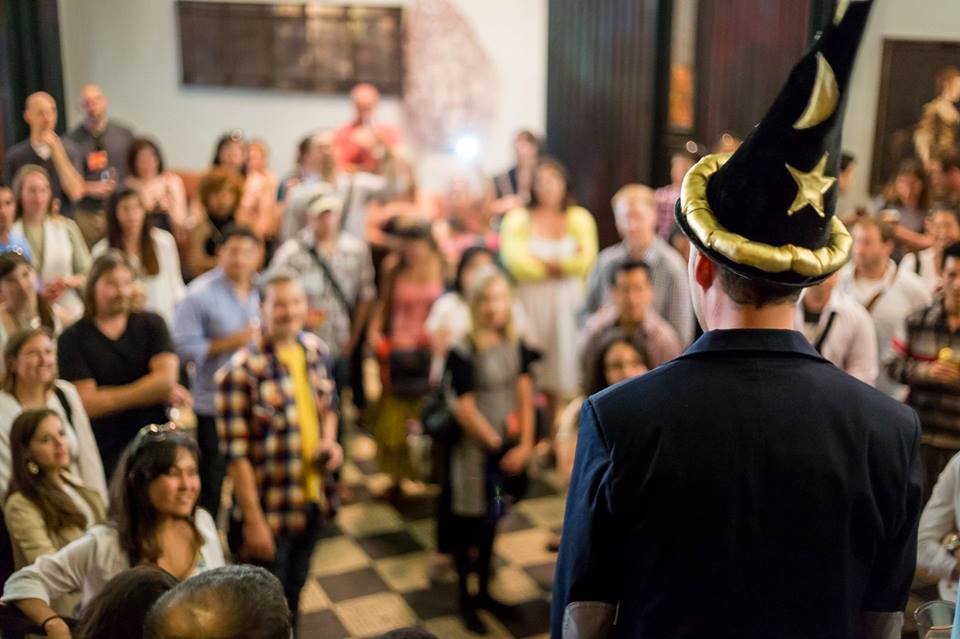 And he also regularly communicates with them through his blogs and podcasts. It allows them to get to know him and his team as well. As a result, he finds that over 30% of his custom comes from his podcasts.

It’s hard to get people to take action from a podcast because they’re often away from their devices to click or tap a link.

He has achieved this by offering his listeners a 2 week free trial with a coupon code. It gives the audience a strong incentive and enables him to track how many converts.

Between 50% and 60% stick around after the free trial for at least one paid month.

Because he uses a monthly subscription to bring in his revenue, having a relationship is vital. His business doesn’t work by selling people a product once. He has to keep them engaged and ensure he is constantly adding value.

It needs to be of a high quality as well.

Quality Is Your Defining Factor

he quality of your products will define how well you last. A bad product might drive short-term sales, but it doesn’t mean they stick around and recommend you.

Numbers mean nothing if you can’t create a buzz. You can’t expect sustained success otherwise.

You need to ensure that the product is achieving what your aim was. And that’s not in terms of sales, revenue and profit. Is your product working and helping other to do what you want?

The only way you’ll know the answer is to ask the people using it. Either interview or survey customers to see how they’re using it how it’s helping them.

Not only will that help you to gauge its success, but can also help to inspire future improvements.

A good product drives good marketing. And it’ll be easy.

Corbett and his team are always striving to make Fizzle a place where it’s worth people sticking around.

Complacency is his mortal enemy. So with all the courses and resources they have available, it’s worth signing up for. Or at least giving it a free try.

You can also experience his product for free by reading their weekly articles and subscribing to his weekly podcast. They’re full of honest insights you can use yourself.

Fizzle also have a range of short guides to help you earn a living doing something you care about.

Connect with Corbett Barr and Fizzle

Be sure to check Fizzle out and listen to a few of Corbett’s podcasts. He is great.