On Tuesday, I was talking on a similar sort of subject, and my question is — are you looking at the real problem, or are you simply seeing the symptoms and the symptoms of that problem?

So for example, a common challenge that I hear with businesses is that businesses need more sales. In fact even in my own business that would probably be our number 1 challenge.

But it’s not always that simple.

Let me give you an example of a friend of mine, at a mastermind group saying that they wanted to grow the business and employ people and build it up like that.

Now she at the moment was working on her own, but felt that was the future and was quite prepared to build a business.

But when it’s actually discussed, because building a business from a successful, kind of one man band thing is bit of a struggle.

There’s going to be a lot of challenges. 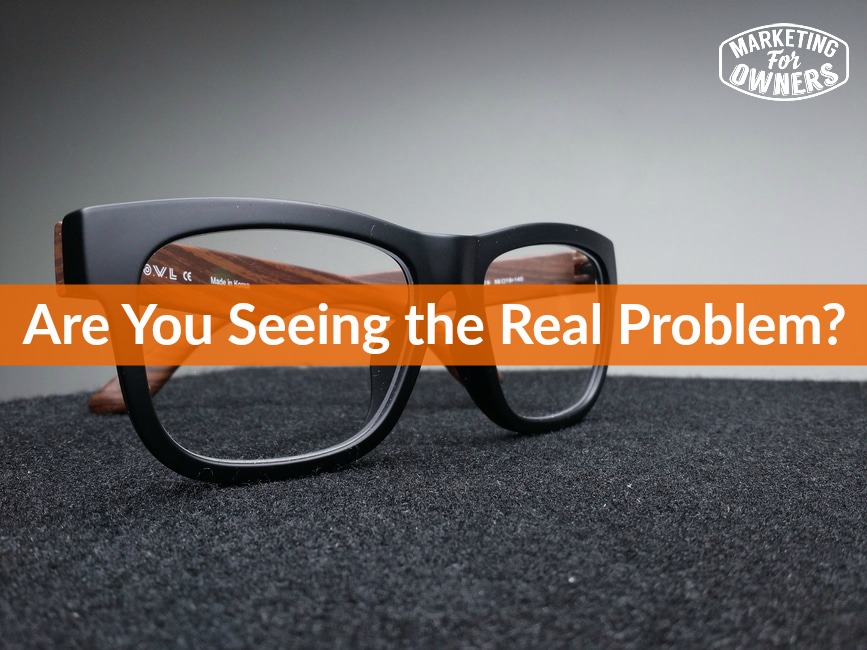 So we looked at it, and the reason for wanting to grow the business was to make more money to be able to take more time off and to have a happier life where you won’t be working all day long.

And so as we started to look into it, then look to the possibility of raising prices and choosing clients more carefully and clients that are very appreciative of her good work that they would be prepared to pay for a higher level of service.

And what we discovered that it was possible to actually increase the income without having to build a business with all the other problems. But it was from looking back, looking deeper and deeper into what was going on.

Now this can occur in many forms, so if you take for instance in our business, in my fire safety business, we’ve looked at this before.

Look At it In a New Way

So we started to look at it in a new way. And we looked at the businesses and we found well, for example, when was the last time prices were raised?

And we are in a commoditized business so a lot of the kickback then was we can’t raise prices, because everyone, no one else puts the prices up, we’ll be too expensive.

And we also looked at the expenses, other expenses, what we’re spending. Overtime you find in a business generally, expenses creep up.

You keep an eye on them at first, and you keep a general eye but then things creep up and creep in and things start to.

You have maintenance problems, in buildings and so on. And things start to get worse and worse. And these things happen.

And when you look at the expenses, quite often the detail look will show you that they are not quite what you imagine.

And we did it very carefully. It didn’t affect our sales at all.

By the way, or our conversion rates, you’d be interested to know( something worth testing yourself), we were able to find a substantial amount of money by not really having to change anything.

It is one of those things that we say to ourselves, “Why didn’t we do that earlier?”

As I explained this other day, Toyota has this system of the 5 Whys. And although you might think, oh how does Toyota’s business relate to yours?

But it’s the way they solve problems. They enable, unlike American car industry. What would happen is if there were issues in a vehicle, their manufacturing, they will figure out, that they will fix it under warranty later on.

What Toyota does differently, and you imagine these companies churn cars out, every few seconds. They enabled any member on the production line, to stop the entire production line. Everything.

And then bring everybody in to solve the problem. So it gets done there and it’s fixed and that’s how Toyota doing to increase their reliability of their cars and how they got a strangle hold or foothold in the American car industry and to an extent that when the American Car Industry noticed, it was too late.

Now this was unheard of. Because you remember, old Henry Ford churning these things out in the production line. This is unheard of.

But Toyota devised it. And when they look at problems, they try and get back to the roots. So if they find, for instance their door doesn’t quite fit properly, then they say why doesn’t that door fit properly and it say because it’s got the wrong hinges on.

Why has it got wrong hinges? Well because we had to change, our normal hinge manufacturer was over capacity.

So please try that, drill down. See how that works for you, because it really is a clever way of fixing problems that you think are the problem when it’s not really.

You find the interesting things about your business and how things work. 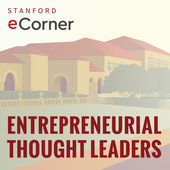 Now this is Thursday. We have a drive time podcast recommendation for you. Now this is, comes out of Stanford University. It’s actually called the Entrepreneurial Thought Leaders Seminar.

And what they do is they put on seminars and they invite entrepreneurial thought leaders in. and they give a talk.

So it’s like a longer version of a Ted Talk. But they are interesting. They are fascinating.

To actually get to speak at one of these is quite a big deal. And so the people, not only are the people very good, but they put some effort in and then some.

So these are, I don’t know, actually can’t remember how often, but they’re released regularly. If you go to iTunes, look up Entrepreneurial Thought Leaders Seminar.

Then you will be able to find it. Like I say, based at Stanford University. Very very impressive. And when you hear these things, you might pick up little ideas and you’ll get inspiration.

That’s what I get from listening to things like that. They may be completely unrelated to your business but it’s that little nugget of inspiration. That’s all you’re looking for. That’s all you need.

Go see, what you think. I shall be back tomorrow. And tomorrow I’ve got a very good weekend challenge for you. So don’t miss it.