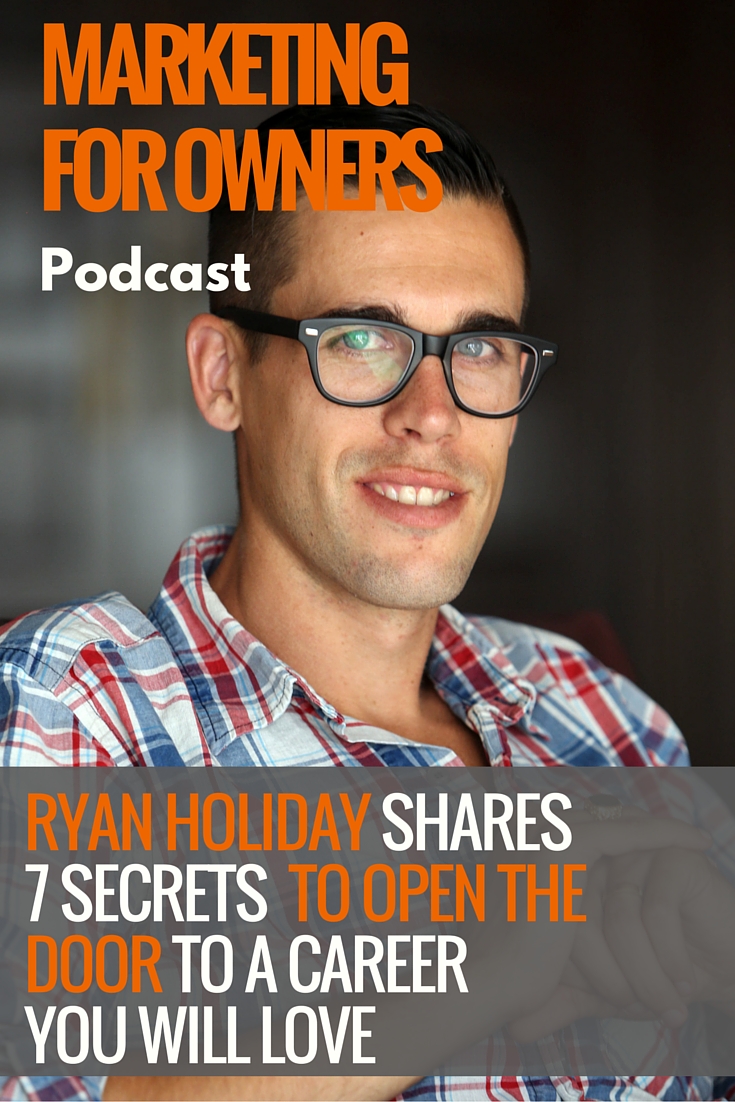 Ryan Holiday is an author, a marketer and an entrepreneur. Much of his career has been spent courting controversy surrounding marketing and publicity.

But in reality, Ryan has been learning how to hone his two crafts — 1) how to write and structure books and 2)how to sell stuff including books.

He has a roster of clients who would back him up and say that he knows exactly what he is talking about, which is WHY we are excited to learn from him.

Ryan shares a lot of his knowledge on his website and is one of the smartest guys around these days., so let’s hear what he has to say.

Ryan dropped out of college at age 19 with no plan whatsoever. At that time, Ryan started working for Tucker Max and Robert Green, who are both authors.

Then one summer, he had an internship in Hollywood where he was working for a talent agency in the media department.

While these sound amazing, Ryan admits that he did not have a plan, but that he was doing things he was interested in.

At this point, one of the people he was working with realized potential in Ryan and the strides he was making and asked him if ever thought about not going back to college and continuing the path he was on.

It was at this time that Ryan realized he did not have a plan other than graduating college and then someone hiring him to go to work for them.

This woke him up out of the vague “do what your parents tell you” kind of mentality and the college experience he was having.

Dropping out of college was not a decision he made lightly and when others call asking his opinion on it, he will usually point them in the opposite direction of dropping out.

He does go on to say that college has become the default for any successful student with the means to do so. What college students are not asking themselves that they should be asking is — what reason am I going and is this going to offer me a beneficial return on my investment?

Nowadays, kids are going right from high school to college without any real knowledge of what they want out of life or where they plan on going afterwards so they have deferred making adult decisions until the age of 21 or 22.

When Ryan was in college, he was reading a book by Tucker Max. He loved his work so much that he decided to write an article for the school newspaper.

He didn’t do it so that Tucker would pat him on the back and say great job. He did it because Tucker’s work inspired him.

He reached out to the author and they began a correspondence relationship that later opened up to an internship where Ryan was working under Tucker’s guidance. 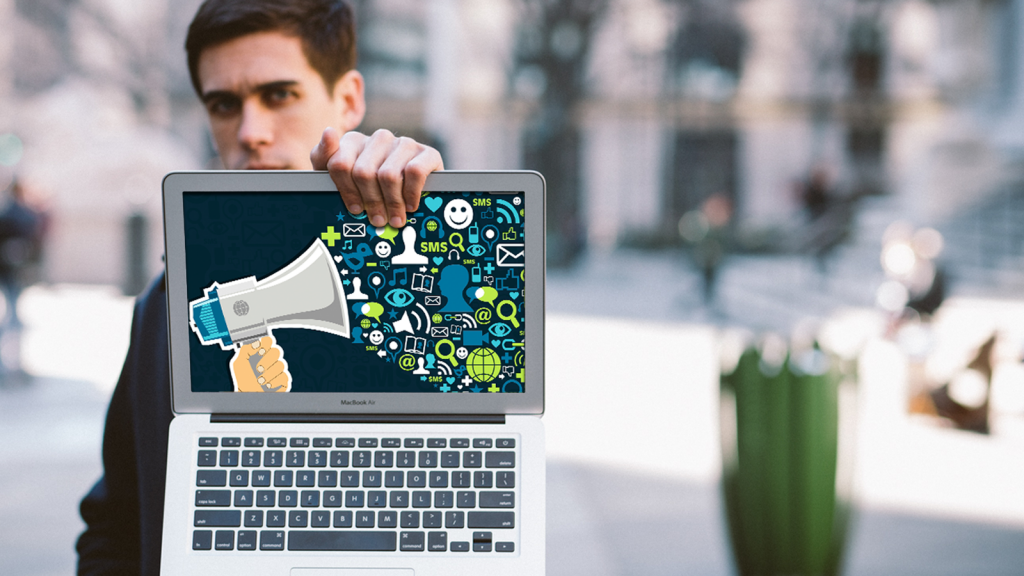 Taking that chance opened the door and you just never really know how these things will go. By taking the chance and putting yourself out there, really good things can happen.

Then, because of Ryan’s internship with Tucker, he landed another great opportunity just because he happened to be in the right place at the right time.

Tucker and Robert Greene were working on a project together online and because Ryan had done great work for Tucker, when Robert needed a research assistant, he gladly told Robert about Ryan.

#3 Learn Your Passion and Hone Your Crafts

Ryan loves to write so while he was working for Robert Greene, he showed Ryan how to write a book the right way.

He had no clue how a book worked so Robert took him under his wing and showed him all the ins and outs of writing a book from the index page, all the way to finding his audience and creating a fan base.

Under Robert’s watchful eye, Ryan starting writing and getting lots of practice in his apprenticeship and now, both Robert and Ryan have books published under the same author.

#4 You Can Always Use More Marketing or More Help

While working with both Tucker and Robert, Ryan became kind of like the marketing guru for them. Getting the word out kind of fell in his lap, so he had to find ways to talk up the books and works these guys were creating.

They gave Ryan freedom to try new things and to do trial and error and find out what works and what doesn’t work and it gave him lots of great experience in the marketing field. 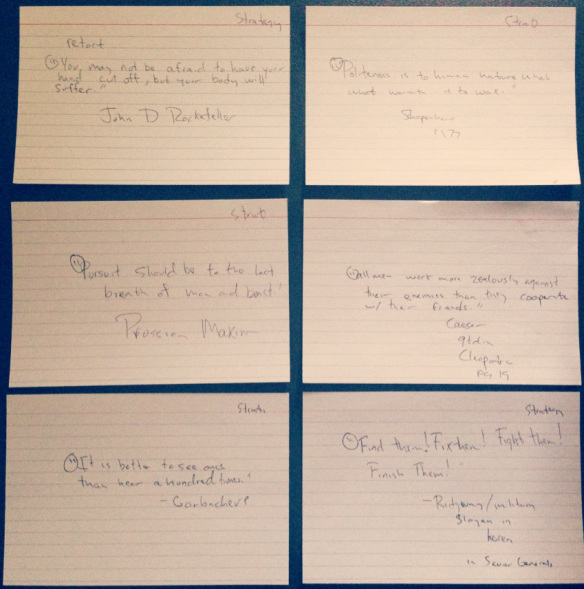 Working for Robert taught Ryan how to use this note taking system for writing.

Because of his connection to Robert Greene, when it came time to help someone else in the marketing field, Robert shared about Ryan’s great work with the CEO of American Apparel, where Ryan became the marketing director. 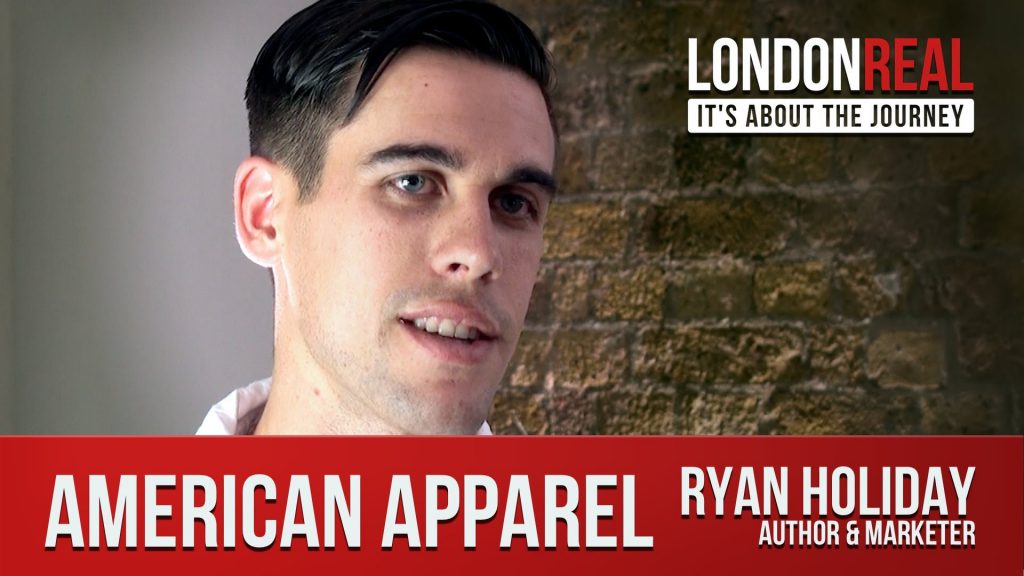 When he started at American Apparel, there was no marketing department, so Ryan helped build it from the ground up.

#5 Jump On Opportunities as They Arise

Ryan learned during his time working for each of these three that he could see a connection now that he did not see then. All he knew is that when a great opportunity arose, he needed to jump on it.

Once he jumped on it, he worked his butt off to get where he was at, but at the same time, he was doing something that he loved doing.

It was during these times working for each of these three that Ryan began a blog writing about some of his experiences, but it took six years before he felt professional enough to really write a book.

But those opportunities working for Tucker, Robert, and American Apparel, gave him the knowledge and the want to, to write his first book, Trust Me I’m Lying, which was published in 2012. 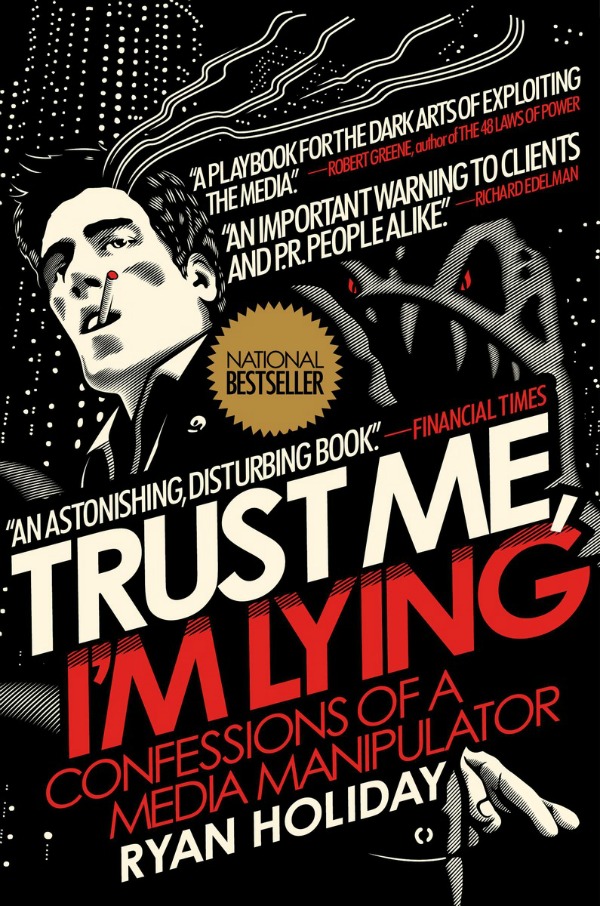 In the book, Ryan tackles how the media handles controversial people and it is a great read and lots of wonderful knowledge to help you and I in that marketing area where controversy might be keeping you from marketing.

#6 You are Your Own Worst Enemy

In Ryan’s newest book, Ego is the Enemy, he tackles our biggest enemy — ourselves. When you are trying to figure out the career that you love and are passionate about, many times, ego will get in the way and stop you from doing what you love. 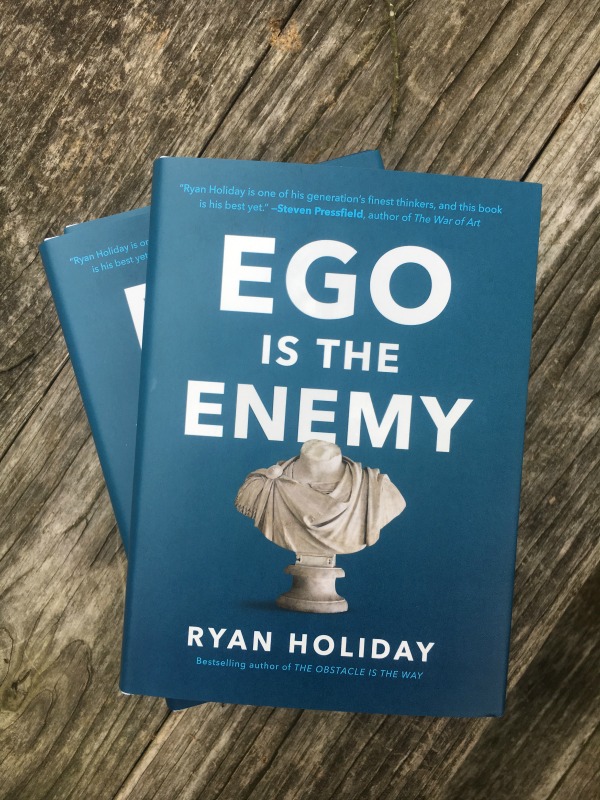 Things like arrogance, delusion, selfishness, greed, and shame are all the things that force drive the ego.

The book is an exploration of the destructive forces of those habits and emotions.

This is not based on his own experiences, because Ryan says that he only tries to write about things that will really help people. Since he has never really experienced it first hand, he based this book off of what he has seen in the business and  marketing industry.

#7 Spend Time Around People Who Are Talented in That Profession

When you spend time with others who are crazy talented in the profession that you choose to pursue, what this does for you is that it raises your game higher than you would normally raise it for yourself.

Also being around the people that Ryan was around also afforded him the ability to see what tools and tricks they used, which helped him to hone the choices he was making in that area as well.

You might also discover just as Ryan did, that these super talented people will be generous with their platforms and they could possibly help promote you or your work.

All Ryan ever wanted to do was be a writer, and to write things. While everyone is seeking goals to accomplish, Ryan looks at things a little differently.

At 29 years of age, people may look at him and say, “Wow, you have accomplished exactly what you wanted.”

But to Ryan, he realizes that he is accomplishing things and has in no way accomplished it all. His goal is to not mess stuff up.

His goal is to build and design a career that facilitates his writing passion. He is looking at maintaining things throughout the future and not necessarily points in the future.

It’s not always about topping what you did last time. That is part of the ego trip your mind is on. Why do you have to top it? Why can’t “it” be enough?

Be sure to connect with Ryan and grab a copy of his new book, Ego is the Enemy. When you do there are loads of free tools that come along with it.

If you pre-order 1 copy of the book before June 14th, you’ll receive:

Click here to pre-order 1 copy, then email your receipt to ryholiday@gmail.com with “Preorder #1” in the subject.