Most people I speak to, think they want more people to visit their website. More web visitors equals more money, to most people. It’s not strictly the case.

If you had more people come in your shop, will they all buy? Nah, not necessarily. Some are browsing, some are there with friends, some are looking for other people.

Some are looking for something you don’t have. And it’s the same with the website.

There are various different types of people that you can get in and let’s quickly cover them.

People who have seen a link, or seen it mentioned somewhere else or heard the name, or were just searching for something and came up with your name. 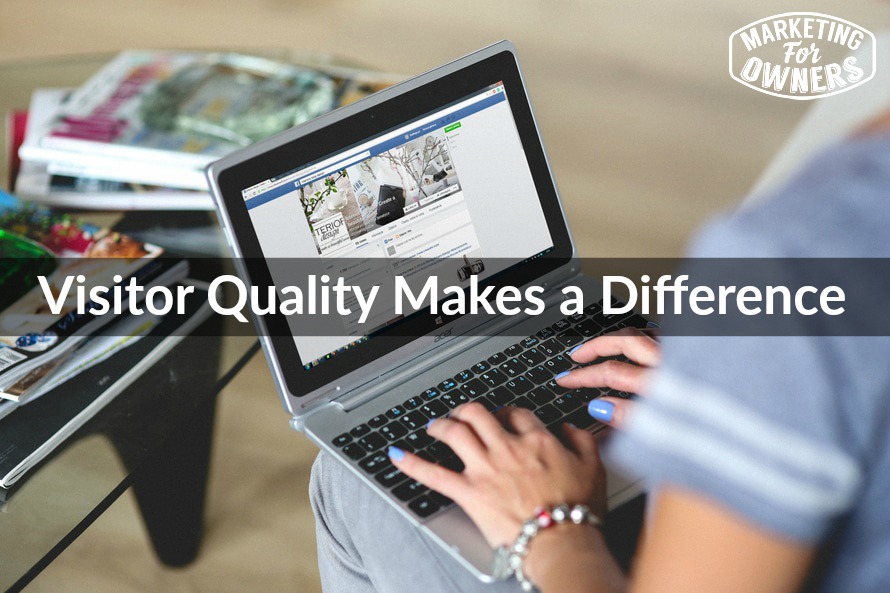 And there are people who come via social media. Things like that. In fact, of all those, personally I would recommend that you look for the ones from recommendations.

As I would recommend, so let me explain.

When people are recommended by someone else that gives you a sort of an authority. It’s like an extra gravitas.

Gives you a bit of expertise or I recommend you go look at that. Its 3rd party, it’s independent. And generally, generally people take recommendations from people they either know or respect.

And that makes it a lot different than you saying, ‘come to my website.’

Now of course when it comes from a search engine, if someone googles something and it comes up with your result, google is sort of telling them to go there.

I mean it can be good but only if your page tells them exactly what they were looking for. So that first sentence, that first paragraph, the lead of your page must get in their brain.

And it must have the kind of wording that is already in their brain, for them to feel like you know them and I can give them that information.

Now lot of occasions, you will be bang on perfect. But quite often no. Quite often you’ll come up for a random searches, and things that don’t really matter to them.

And so they look at it and go, ‘hmm. No. wrong thing.’ So they are okay, but not quite as good as the other one.

Now, let’s talk about people randomly looking for stuff, just other stuff who see your name and it appeals to them and they have a quick look.

They are likely to be the worst. You get as many of those as you like. I mean you can go to an exhibition and give everyone 10 pounds for visiting your website.

Doesn’t mean they want what you’re going to do. They’ll just take the 20 pounds and have a look and go, hmm. What’s the chance of anyone actually wanting anything? So not so good.

Now, let’s talk social media —  I would recommend that you use social media and you make sure you get a good community of solid followers.

People who actually like you and I don’t mean high numbers. Just a good community of people who want to be your followers. And ask them to recommend your post, your products, your services.

But it doesn’t mean that the people, they recommend them to or the people that you tell, are interested. They may have a look because they’ve got nothing better to do. People are addicted to social media.

It’s not really being used by the reader as a tool. They’re just addicted. It’s just there. It’s on the phone. We got on fine in life before it was invented, before we had smartphones.

Now we can’t even watch TV without playing on the thing. You can’t have parents going to a kid’s performance of a play or on a kid’s school trip without digging out the phone.

While they are standing there, thinking they are multitasking. It’s an addiction. So people will just click stuff that looks appealing. It doesn’t mean they are interested. Just remember that.

So you need to aim for people who will recommend you. You need to talk to others. You need partnerships.

You need people, when they recommend you to others, they need to be recommending to people who may be interested.

Now quite often people will do it automatically. But quite often they need telling or asking. And I mean it.

Have you ever had someone who’s given a service and said, “Can you recommend me to someone? Can you give me another name?”

Quite often they will even give you some kind of a referral bonus, but they do and that works. The reason they do it, because it works. So ask people. And that is one of the best types of web traffic.

Remember it’s not about you, people don’t do stuff for you, people do it for them. So find ways of helping others and make them feel obliged to help you back. Because that’s the way it is.

Its reciprocal. Aim for recommendations, the rest will come but value of the traffic, the visitors from that, is 10 times the value of anyone else.

You can also do this via guest posting. If you can guest post on other sites, other related sites. Again that’s like a recommendation from that website to say, ‘oh go visit this person.’

They don’t just have anyone on. And if they have a trustworthy audience, an audience that trusts them, then that’s a kin to them saying, ‘go visit these guys.’

Get interviewed, come on a podcast, contact me. If you are, on Wednesdays, don’t forget we have our expert interview, so if you are a celebrity guest, you can get on mine.

But there are plenty of podcasts that have people every single day. And they struggle to find guests. If you’ve got something interesting to say and yes you have, get interviewed.

Also look for joint ventures where again you can share profits. This is the way to go. So that’s something to consider. All web traffic is not the same.

You just want highest quality web traffic. Put your effort into that. Yes it’s harder than some of the others. But the benefits far out way the efforts. Okay. 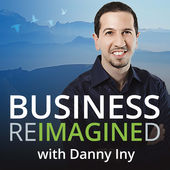 It’s a Thursday and that means it is time for a drive time podcast. Now today, I am going to recommend ‘Business Reimagined’.

Now this is by the great Danny Iny. Danny, I think is going to be appearing on our expert interview series in the next month or so, maybe in august I think.

He’s from Canada. A great guy, and his website used to be called, Fire Pole Marketing. Now it’s called Mirasee.

So go there, and you get the links to Danny. But he interviews people, he interviews them well. Danny is one of the top guest posters, if you want to read how to do it, he has a thing called, he was the Freddie Cougar of guest posting.

He had a fantastic way to launch his business. And he’s much respected. He is an expert marketer, small businesses love him. So Danny has real insights. Been there, done that guy. Real insight.

I recommend it whole heartedly. So remember look it up. Business Reimagined, the Danny Iny podcast. Find it on iTunes and all the other places.