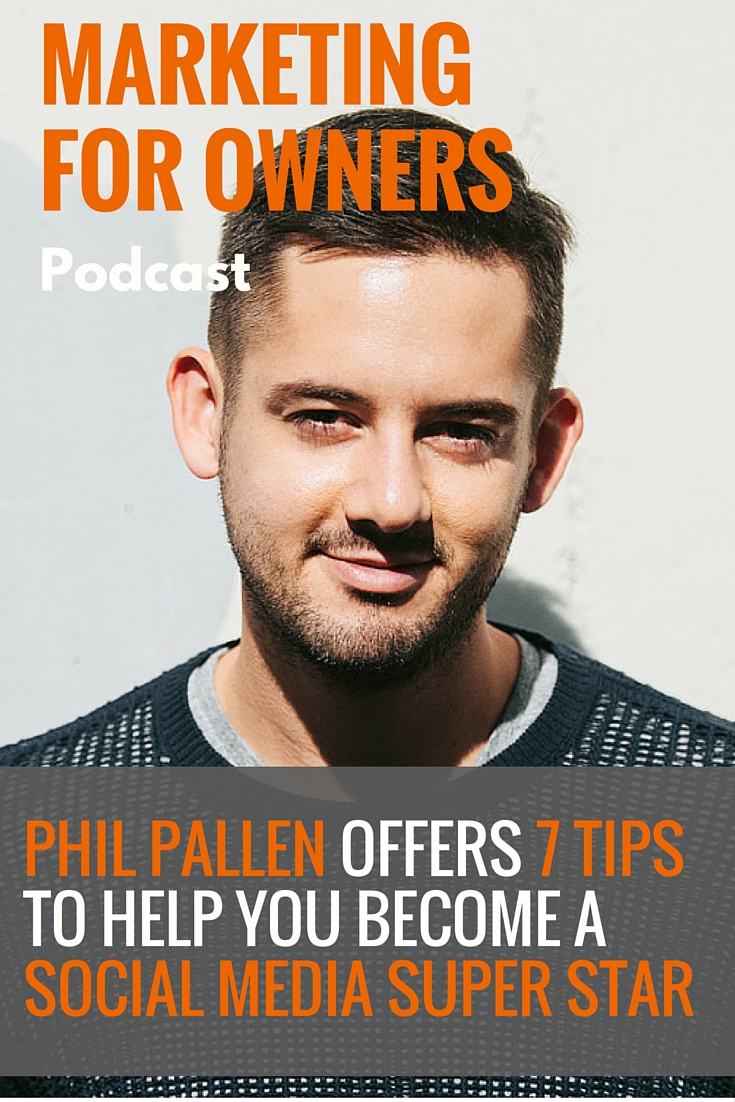 Phil Pallen is a brand strategist who seems to turn everything into a smash hit. He’s been instrumental in creating personal brands and social media strategies for every sort of person you can think of.

He travels the world, helping people and businesses to position, promote and build their brands. He thrives on being creative and playing a part in making things more beautiful. And he also enjoys seeing the reaction and facial expressions of the people having that ‘a-ha’ moment.

As one of the lucky few who doesn’t define work and pleasure separately, he wants to help people feel exactly the same way as he does. And that’s a source of motivation for him.

It’s also this which has enabled him to travel the world, working with new clients and speaking at different conferences. For Phil, his freedom is far more important than making money.

And this passion shines through in everything he does. You can see a little part of him in his business and those he works with. And it is that which has made him the one person everyone wants to work with. However, he vows to only work with nice people.

In fact, Phil has been nice enough to give us a quick crash course in creating a memorable brand and making your social media unique to you.

Just as Phil was finishing Grad School in Florida, his friend Lauren Moore told him about Charlie Sheen holding a competition to find an intern. Along with 90,000 other people, Phil put his name down to be Charlie Sheen’s social media intern.

That was back in his ‘Tiger Blood’ period.

But Phil managed to make it to the top 50. And that’s when he turned it into a social media campaign which wasn’t just for him. It was also for others to live vicariously through the crazy experience. 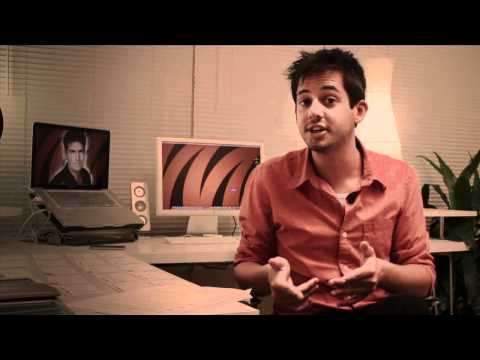 He produced videos daily and got himself on TV, radio, and in print. In the end, he had over 100 interviews worldwide.

That’s when he was then offered an internship with Ryan Seacrest.

However, he turned down those opportunities, moved to LA and set up his own business, with Lauren, as a brand strategist. After all, he’d already proven his worth at building and promoting his personal brand.

Now he has a range of clients. From luxury brands to the world of celebrity. He’s worked with personalities, TV hosts, politicians, real estate, lawyers, doctors and even a marine biologist. And it’s taken him from Nigeria to Sweden and Asia.

However, when it comes to corporate work, he finds that far too boring.

#2 More Than Just A Logo

But whoever he is working with, the process is always the same. He has a proven system that, once implemented, helps them to get closer to what they want to achieve. Branding is far more than just stamping a logo on a pen, football or any other kind of merchandise. These days, it is about achieving consistency between the in-person experience and online version of you. It’s your responsibility to ensure that the version of yourself you put online represents who you are more accurately. Brands are no longer exclusive for big corporations with lots of money. Anyone can have a personal brand. 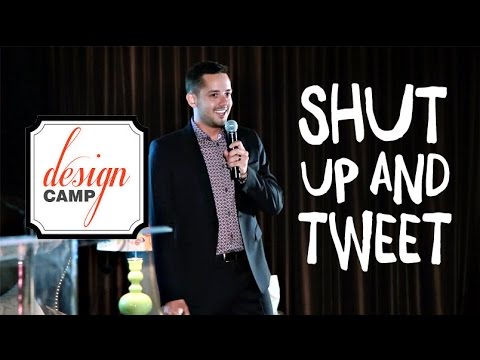 Before you start, there needs to be a decision about how much of yourself you want to put online. It may be that you’re happy to be completely virtual or you may want to intentionally keep the two separate. However, you still need to be visible with your wonderful personality shining through. Phil is always present in his business, even when he’s the other side of the world. If you work with his business, but never interact with him, the processes in place still make you feel as if he is part of the experience. However, the version of his personality which the company has adopted is different from his personal brand. It has to be otherwise nothing would get done.

Phil talks about how choosy he and Lauren are when it comes to which projects they work on and the clients they work with. If they are failing to get excited about it, then they decide it’s not for them. After all, if you’re not enjoying something, you’re not going to produce your best work. But they also decide who they work with based on their niceness. At the end of every introductory meeting he has with a potential client, Phil rates how nice they are.

That way, they know they are compatible with each other. After all, if you hire Phil and Lauren to boost your brand, you need to have complete trust and faith in what they do.

In return for being nice, they’ll show you how to harness the full powers social media gives you.

For example, he helps his marine biologist client in producing a new program. Social media provided proof which was otherwise missing when they were looking for funding.

The following they had on Facebook and Twitter showed that there was an interest in what they were trying to achieve. People were already invested in the brand they were creating. It made the investors sit up and listen, and it earned them the money they needed.

#4 Where Are We All Going Wrong?

It’s hard to admit when we’re doing something wrong. But if you’re an entrepreneur just starting out, you have to accept that it’s possible.

And a common mistake which people make is thinking that branding is just about making something look nice.

However, if you rebrand correctly, you’ll have it as a tool at your disposal. Bring in meaning and purpose, and that will help to get you closer to that end goal.

Your brand shouldn’t just be a reflection of who you are now, but also who you want to be. Then with a presence, you will become that.

If you’re not remembered, then the brand isn’t working.

#5 Get Straight To The Message

Phil’s not a fan of the lengthy bios you see on people’s websites. And nor does he like it when you write them in the third person…
You’re fooling no-one, we know you wrote it yourself.

We have shorter attention spans these days, purely due to the fact there is so much content available to us. So the message needs distilling. Get through the nitty-gritty and say the most important things. That way, people are more likely to actually find out what you’re trying to say. 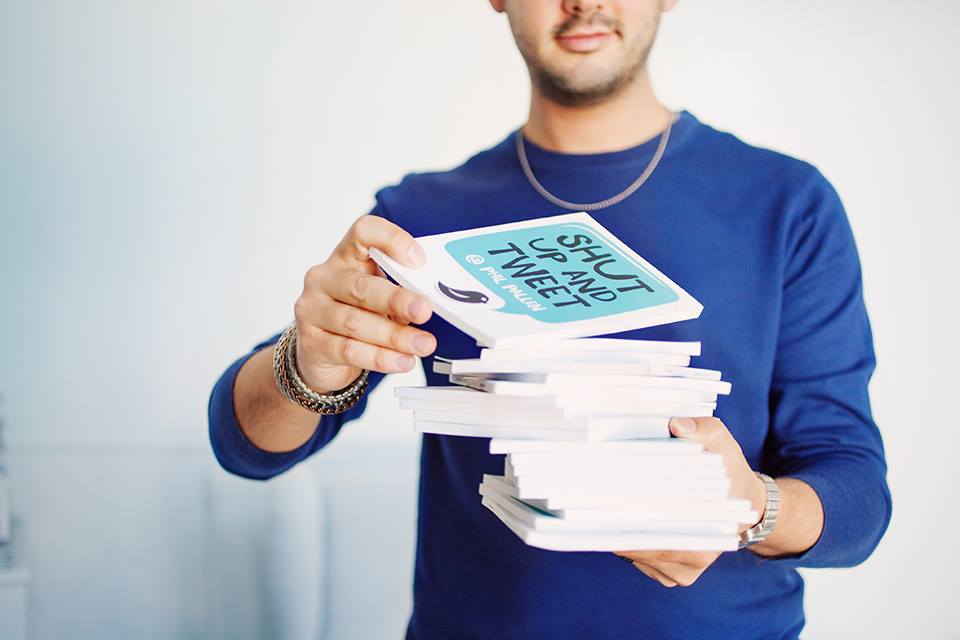 In fact, your brand will benefit. It helps to keep your brand as something you enjoy, but also as something which people need. And when that’s the case, you won’t have to advertise as much.

The need you’re satisfying for people is already built into the brand, and you don’t need to do extra work to make people aware of it.

A great way of getting to the nuts and bolts of your business is to find someone you don’t know and spend one minute telling them who you are. Then, get the listener to sum up your business in just one sentence.

It isn’t easy, but you can get an objective view of the business. And they will tell you what they felt the most important fact was from what you said.

Do it a few times with other people and, hopefully, you should start to notice some commonalities.

It provides you with a better reflection of who you are. And when you use the specific words they used, then you can actually write your bio in the language of the customers.

In Phil’s opinion, no tool comes close to Twitter. Which means even two years after releasing the book Shut Up and Tweet, he still believes it’s where you need to be.

It’s great for hitting a targeted audience, without having to spend money. 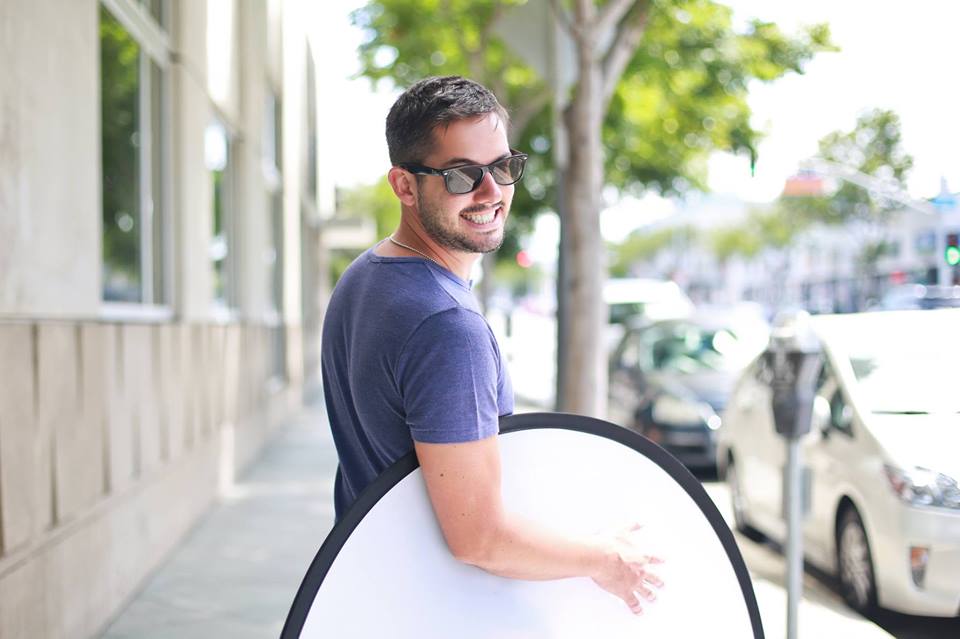 But only 1% of those you target are likely to actually see your post on Facebook unless you’re willing to promote it.

Although possible, advertising on Twitter isn’t necessary. It’s a powerful platform for growing an audience, for anyone. In fact, Twitter is the No.1 source of sales for his book.

Twitter isn’t a broadcast tool, but it is instead conversational.

Becoming friends with someone on Facebook you don’t know is practically frowned upon. On Twitter, you can strike up a conversation with someone you’ve never heard of before. And the search tool allows you to find like-minded others. It’s the best way of using it and actively encouraged.

Unlike Twitter, Pinterest is much more of a mystery for people. It isn’t just a place for saving a recipe you like the look of or an inspirational quote.

Last year, Phil was only on there because he felt he should be. But he didn’t really understand how to use it and barely pinned one thing a month with 800 followers.

He gave it a purpose and helped to clarify it for himself and his audience. Now he pins great examples of branding because that’s what his audience are expecting from him.

Not only is he helping thousands of people get ideas, but it’s also where he goes for inspiration every time he starts a new project.

In the future, Phil wants to focus more on educating people by speaking, through his podcasts and hosting webinars. That presents himself with a challenge.

He’ll soon have to overcome his neuroses about the day-to-day running of his business and learn the art of delegation. He needs a rebrand.

And that’s something you shouldn’t avoid and find scary. Brands do it all the time. Your company may have changed and the current personality doesn’t quite fit anymore.

Or perhaps you’ll just benefit from a fresh look. But when it comes to taking your next steps, make sure Phil is there to help you out.

His book Shut Up and Tweet, written with Lauren Moore, will help you to grow and captivate your audience by standing out so you can cash in.

If you’re doing Twitter marketing – and you should be – his book will give you the best chance possible.

And by visiting his website, you’ll open yourself up to many more learning opportunities, from blog to podcasts. From there, you can also discover the latest events he’s attending and find out more details about chances to work with Phil.