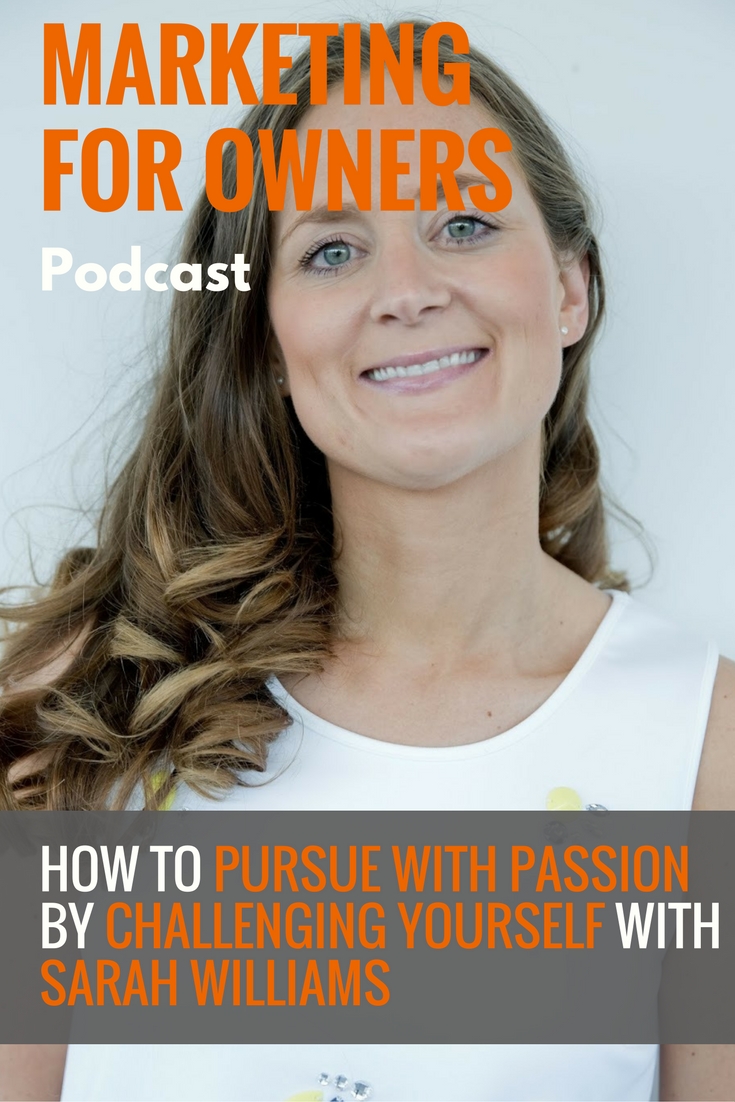 Back in 2013, Sarah Williams quit her respected banking job in London to have adventures and seek new challenges.

A few years later and she’s now inspiring women all over the world with Tough Girl Challenges.

Despite working hard in her well-paid and stressful job, she was lacking satisfaction in her life. She looked up from her desk and realized she couldn’t remember the last time she’d been outside. It was then Sarah started to look for things to do outside of work.

Her journey started with running the London marathon 5 times, as well as the Snowdonia marathon and completing countless half marathons and 20-mile runs.

Then after a particularly rough few months working from half 5 in the morning until 11 at night, she decided she’d had enough. Sarah quit her job.

After a period of time rediscovering herself and deciding what she wanted to do with her life again, she became a Tough Girl. 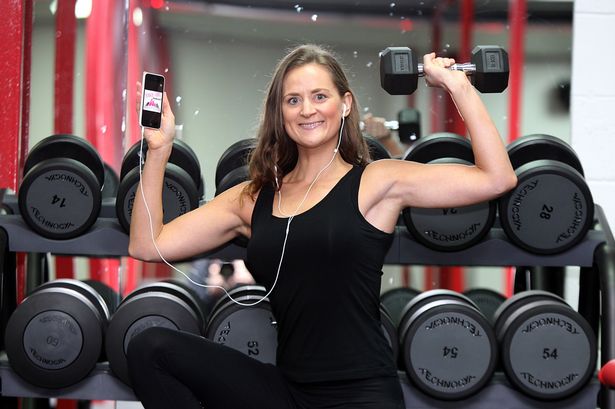 From Banker To Tough Girl

Like a lot of other people, Sarah found herself trapped on the treadmill of life. She did her GCSEs and A Levels, had a gap year, went to university, and then applied for graduate jobs.

She had done exactly the same as all her friends. But her job meant she spent more time with work colleagues than with loved ones.

But at aged 18, she had the opportunity to explore the world. She backpacked around South East Asia, Australia, New Zealand and America. But after all that, she felt obliged by society to go get a graduate job.

She had left her adventures behind and was instead motivated by money, status and what people thought of her. And after a few years, she realized that she had lost that spark and energy she once had. That made her reassess what she wanted from life. But when Sarah quit her job in 2013, she had no plan. She was living life as an extended holiday, visiting lots of different countries and taking every opportunity that arose. Although a great way of living, it just isn’t sustainable. It was then that her sister asked if she wanted to climb Kilimanjaro with her as part of her 30 before 30 challenge. She ended up writing and self-publishing a book about her experience. After that, she then wrote another book aimed at young people about to go off on a gap year. Based on the experiences she had working on the ski resort for six months, it now helps people to get jobs along the way, as well as how to survive and make the most of their time. And for Sarah, writing a book is an additional challenge. Although she enjoys the experience of getting her knowledge out for other people to benefit from, she suffered (and still does) with never thinking of herself as a good writer.

It was when backpacking around South America, on a 24-hour bus ride, where she actually contemplated what she wanted to do with her life. She loved challenges and putting herself in situations which take her out of her comfort zone. But she also had a passion for inspiring women and girls, something she’s done previously through a charity.

So Sarah mixed both those things together and created the Tough Girl Challenges. And it’s from there she started giving motivational talks.

She was frustrated that young girls had no real aspirations or interests, besides becoming a WAG (Wife and Girlfriend of a footballer). And she felt that was in part because of a lack of female role models.

Rather than just complaining about it, she created her podcast to get these messages out there. It may have been a challenge for her to get her head around the technicalities around it, but she succeeded.

And Twitter has been a great tool for getting guests. Not only has it allowed her to find and communicate with people who have similar interests, but also to connect with people she wanted as guests.

By following them and sharing their content, when she finally asks them to come on her podcast, they know who she is.

She makes sure to track her progress when connecting with people, persevering with them, and following up later on.

When setting out do something, you need to have a reason. For Sarah, it is her drive to help women and girls. Having a goal in mind helps you to get through those tough times, and see the big picture.

Mindset and a fear of failing are what holds people back. They’re scared of not being perfect and being ridiculed. So the key is get away from that and realize you don’t need other people’s permission, and accept that not everyone is going to like you.

Going into something with a negative mindset means you’re not going to succeed. When you have a positive outlook, then you have a much better chance of actually achieving the goal. 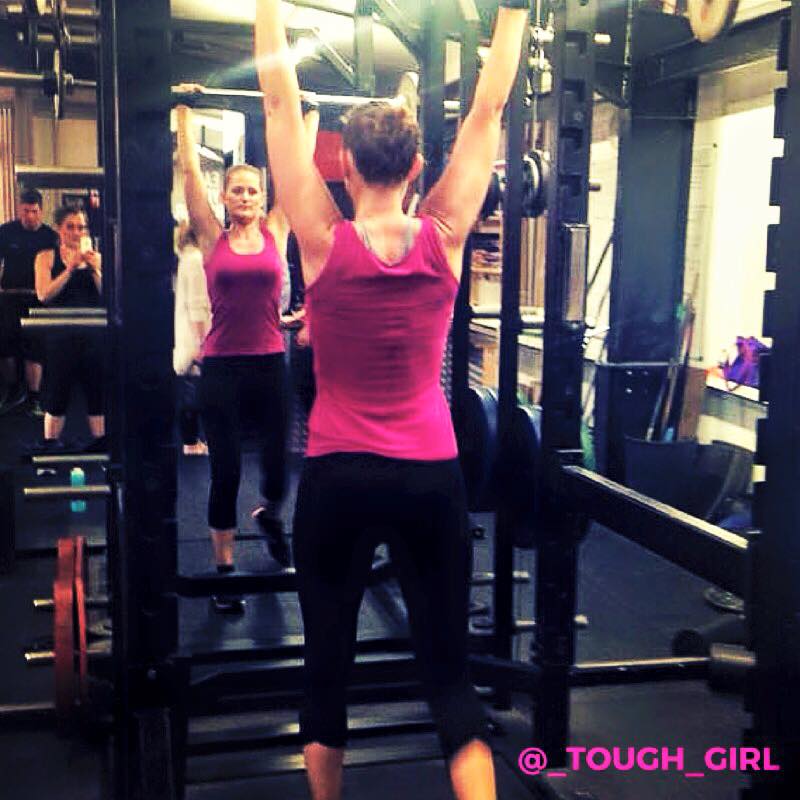 And it is the motivation of her next big challenge which keeps her going when she’s training. Her last challenge was the Marathon des Sables which is a six-day race in the Sahara desert which sees competitors run 250km (156 miles).

But her next challenge is to step into the boxing ring. Up until now, she’s only used it as a method for training.

She wanted a new goal after her Sahara race, and now she faces a physical and mental challenge of managing three rounds of 2 minutes. And she’s wondering if she’ll be able to make into the ring, and if she can actually face an opponent as well as take a punch.

With two months training starting soon, it won’t be long before we find out how well she can do.

But through all her challenges, she has her Tough Girl Tribe to see her through.

The closed Facebook group was a way for her to keep in contact with the people she’s managed to inspire through her work and podcast. Plus it provides a platform for everyone to share advice and support each other as they take up their own adventures and challenges, however big or small they may be.

And her tribe meet up and accomplish challenges together as well, with the latest being a walk up Snowdonia. It allowed them to all have a chat and build relationships, as well as having a good day out.

If you want to find out more about Sarah Williams and her challenges, take a look at her website www.toughgirlchallenges.com. You will be able to read her blog posts as well as check out all the inspirational women she has interviewed on her podcast.

And also don’t forget to check out her books either. She’ll help to set those goals and overcome those personal challenges which we’re all guilty of letting get the better of us.