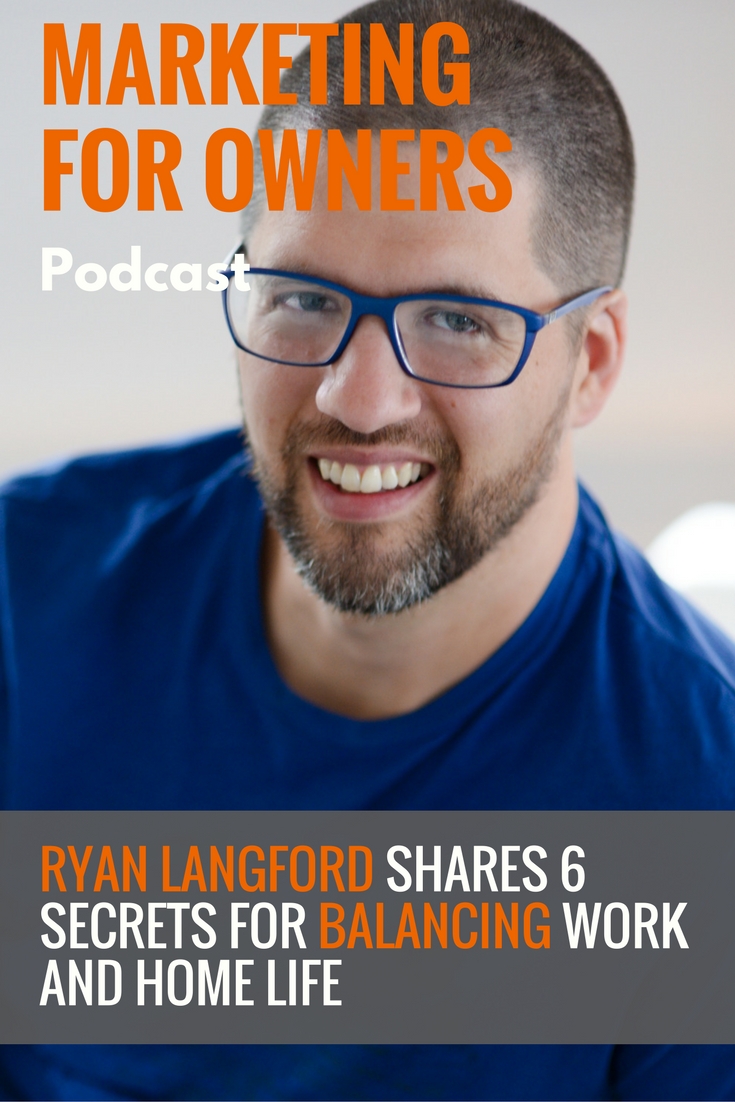 With five children, it’s a wonder that Ryan Langford manages to find time to have so many businesses. But somehow, with the help of his wife Stephanie, they have together built multiple business successes.

And let’s not forget that his family manages to regularly holiday, having visited over 40 countries together.

Currently, he has three business. Resound School Of Music, EntreFamily, and Ultimate Bundles which will soon rebrand as Spark Bundles. However, he has built up these businesses so they continue to run without his presence.

In fact, in one business, he only spends one hour a week.

This is what allows their businesses to work around their personal lives, rather than the other way around. And this is something many people would rightly be envious of.

Thankfully, Ryan loves to help other entrepreneurs enjoy their own successes so they too can enjoy similar freedom. And he also has some great tips for working with our partners.

For Ryan, it all started around 13 years ago whilst living in Japan for a year helping to pay off his wife’s student fees. They ended up with a ‘surprise’, which they named Abigail.

Apparently Abbie’s getting ready for our next trip (no really, there isn’t one planned… yet) by watching micro-packing travel hacks on YouTube. This is how to pack one day’sworth of clothes inside a pair of socks. #imimpressed #entrefamilytravels #summerdays #atleastshesnotbored

With a family starting, he figured he should find a way of making money to support them. His father suggested that he might be good at sales. Although Ryan always wanted to be an entrepreneur, he wanted to learn the skills he needed on somebody else’s times. So his first job consisted of learning how to sell stuff. Despite not being slick or succinct, he ended up being pretty good. And that’s because he focused on being a good person, rather than trying to cheat and lie his was to the top. He earned people’s trust. Even when he had a job, and banking paychecks, he still identified himself as an entrepreneur. And this spirit came from his mother. Homeschooled since second grade (which was illegal at the time in Canada, so shh), her rebelliousness and entrepreneurialism rubbed off on him. He liked the idea of having control over his own destiny, just like she did. However, it was only about 7 or 8 years ago that Ryan actually managed to break free.

Ryan’s wife Stephanie was a lot more reluctant for him to quit his job as a well-paid Vice President. She took longer to convince having always worked for a paycheck. But it wasn’t until Ryan was diagnosed with cancer that they were given a kick in the right direction. He had Hodgkin Lymphoma disease, which was luckily non-aggressive. And in fact probably had it for a number of years before diagnosis. It was during his last chemotherapy session that his wife received a phone call to say he had died. But although his heart had stopped, they did manage to revive him. Although a terrible experience to go through, it helped them realize just how short life can be. And so they went for it.

On our way to NYC for a whirlwind, kid-free, two day birthday road trip with my honey. This amazing guy turns 36 today and I’m so grateful for him and the adventure and craziness he adds to my life. What better way to celebrate him than a spontaneous trip to New York??? #summer2016 #happybirthday #NYC #entrefamilytravels A photo posted by Stephanie Langford (@entresteph) on Sep 3, 2016 at 8:53am PDT

Ryan now has the ‘what’s the worst that can happen’ mindset.

He admits that out of the two, Stephanie is the realist who keeps him in check (however, he might also call her a pessimist too). But although it was a tough decision to become an entrepreneur, one day she changed her mind.

But now they complement each other with their differing skills. They have different approaches, which can sometimes make it difficult to work together. After all, what may seem like a weakness to one, is actually a strength to the other.

Getting through any difficulties, however, means they multiply the benefits.

Using tools such as StrengthsFinder was good for them, as it will be for couples and anyone else working together.

With it, you can see what the other person brings to the table in a different light. So you can see how you can work together to make the most of each other’s skill set.

For Ryan, Flexibility was his 32nd best strength. Whereas for Stephanie, it was her 6th biggest strength. So where he likes to be organised with a plan, she’s able to go with the flow a lot better.

The first business they had was Keeper Of The Home. And although they may have now handed over the baton of control to someone else, it is what helped them transition into entrepreneurs.

Just by writing, Stephanie was making money. And that is what really helped them to see the potential.

About seven years ago, Ryan started Resound School Of Music. This allowed him to build on the passion for music he had when he was younger.

Its original aim was to teach music lessons to kids in private schools. However, it has since evolved and now just does music lessons in pupil’s houses.

And this is the business in which he now only spends one hour a week working on.

With a director and team he trusts, the business now manages itself so Ryan can focus on his other businesses.

Together, he and Stephanie are also the owners of EntreFamily where they blog and podcast about their entrepreneur lifestyle.

Ryan does admit that he perhaps doesn’t update it enough as he prefers to run a business, as opposed to writing about it.

But for them, EntreFamily exists more for the enjoyment of it more than for any other reason.

And at Ultimate Bundles (soon to become Spark Bundles), they’ve had around 170,000 customers and have over 3,000 registered affiliates.

This business focuses on a unique idea, in which they offer eBook bundles by working with the top bloggers around in particular subject spaces.

The idea is that it gets the books in front of an audience of people who may have otherwise not purchased them.

And when people really like something, they often go back to look up what else the creator has to offer. It’s a great way of expanding the reach of your customer base.

Ryan likes to run one thing at a time. When he tries to do too much at once, he finds he doesn’t feel satisfied by what he achieves.

And that’s why he has structured his business to allow for that. Plus it allows his family to enjoy the lifestyle they want to live.

Their businesses fits around them, rather than planning their own lives to fit around their work.

But Ryan is constantly focused on helping people to become better entrepreneurs.

At Ultimate Bundles he offers training to the bloggers who are part of his affiliate program. And the director at in his Resound School business has shares which increase as the business grows.

Plus, through his blogging and podcasting, he is able to help his audience too.

However, after his family spent a few weeks in Rwanda, he is now also starting to help people over there to become thriving entrepreneurs.

He is allowing them to help themselves and become individually more sustainable.

Altogether, this gives his business a reason to exist and something to achieve. By having a ‘why’ for his business, he is able to better focus all of his efforts.

When Ryan was starting out, he admits he made a lot of mistakes. And it was perhaps his eagerness to make things work which ultimately held him back.

In fact, it was almost two years before he got paid, and they massively burnt through their savings.

The Four Hour Work Week by Tim Ferris was a big influence for him, as it has been for so many entrepreneurs just starting out.

The book convinced him busyness is a form of laziness. He had become caught up in trying to do everything that he wasn’t focusing on the things which would have the biggest reward.

And that also helped him to achieve the realization that his businesses should not distract him from spending valuable time with his family too.

And that is what led them to become the adventurous, globe-trotting family which we know them as today.

Make sure you check out Ultimate Bundles (Sparks Bundles) and check out some of the amazing packages which they have to offer. And by signing up, you’ll keep up to date with new ones as they come out.

You can also find out more about Resound School Of Music too by visiting the website and discovering what they do.

And for some great tips about becoming a family entrepreneur, or to just find out more about them and their travels, you should head over to EntreFamily.

Through blogs and podcasts, they have all the information you’re bound to need to get you started on your journey.