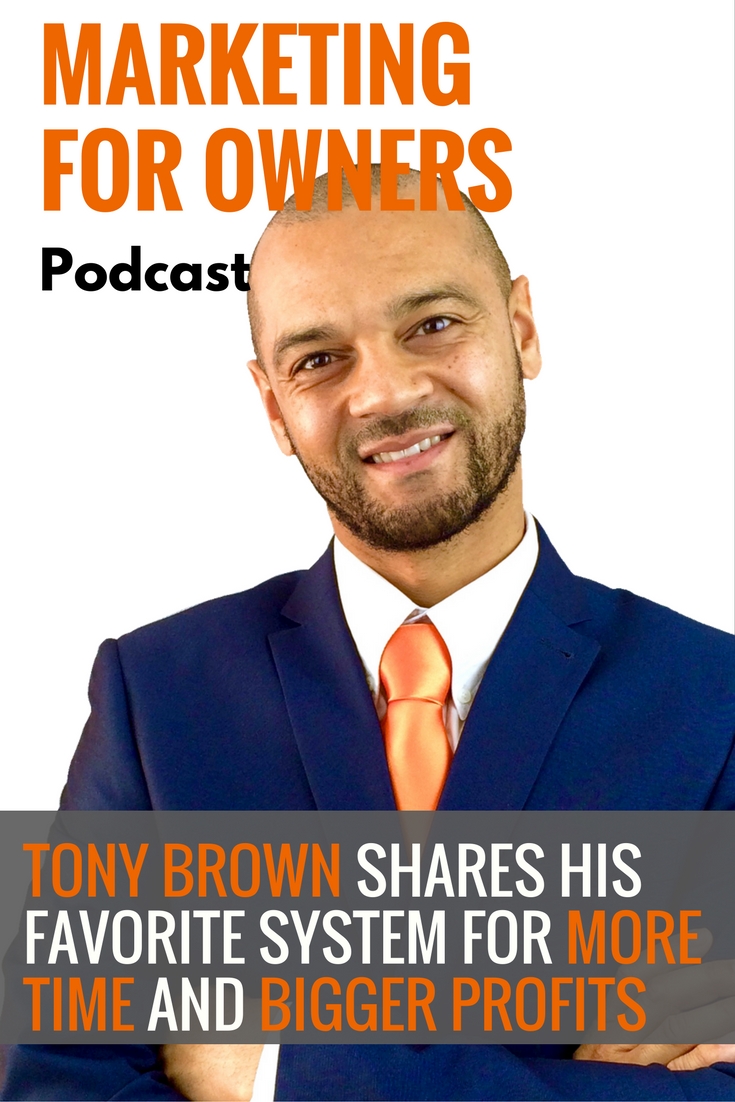 Tony Brown was influenced by his two uncles as a teenager and wanted to become a business owner himself. However, after a careers officer told him that wasn’t a ‘proper’ job, he went down a different path.

He started off repairing the bodywork of cars with one of his uncles, before having other laboring jobs. Then over the course of 15 years, he worked his way up from a volunteer to project leader at a youth service.

Budget cuts in 2010 drastically changed the service, and he knew it wouldn’t be long before his job was eventually cut. So he made a plan and prepared for the inevitable.

He built a business and it soon quickly grew. By developing systems he was able to take on more business without needing to worry about whether or not things were getting done the way he liked.

Now his business operates successfully and he’s able to spend time with his wife and four kids taking long holidays together.

It’s also what allowed him to write his book Standard Procedure. And it means he has time to share his wisdom with others, so everyone can grow their business just like he has.

Do What You Know

When he felt his job was at risk in mid-2012, Tony spoke to a friend who had recently felt the drop of the axe. He advised him that he should not just wait for the inevitable, and should start hustling early. That way, when he was dropped, he could hit the ground running.

As soon as he got home that night, he registered www.youthworktoolbox.com. And that was the start of his blogging and podcasting experience. 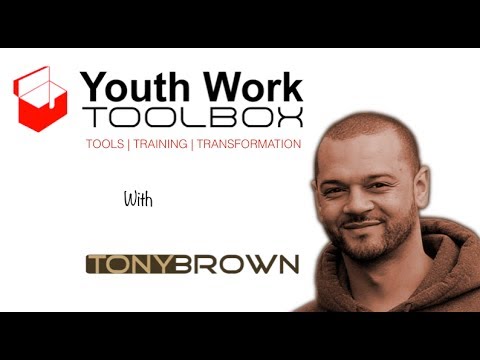 At the time, he had no idea it would become a business. However, after years of working in the youth sector, he did know he had a lot of knowledge to share.

In December 2013, an email went around asking for voluntary redundancies, and he put his name down. This came at the same time he received a work email asking for an independent consultant recommendation.

He applied for the six-month contract and got it.

However, the hard reality of running his own business without the team was used to, soon hit home.

As he found more success, his workload increased and he couldn’t pick his own working hours like thought he might. He had multiple contracts, and although he didn’t have the time, he needed the business.

And that’s where procedures and systems came in handy.

When he wanted to scale the business, he put together worksheets so his methodology would still be present even when he wasn’t. And by May 2014, only a few months after he had started, he’d hired two part-time employees.

Although difficult to step back, he soon discovered that people were not actually expecting the business owner to be the one doing the face-to-face work. This gave him freedom to focus on other parts of the business.

A year later, he’d managed to scale the business to a point where he was able to take an eight-week trip to Jamaica with his family.

Put Your Objections Aside

It’s far easier to develop the systems at the start of the business. That way, you’re not having to struggle to keep all the plates balanced by yourself.

But more importantly, you never know what could happen. You don’t want to be the business bottleneck as that means things cannot operate without you. And one day, it may need to.

When talking to small business owners, Tony often hears people resist systematisation because they do everything themselves. Therefore, they don’t need them.

But Tony can’t see how a business can hope to grown without them. How can you ever have a day off work, or go on holiday?
Even when you do things yourself, systems are helpful for becoming more efficient.

How much time have you spent correcting mistakes you’ve made? With a checklist which you follow every time, you can avoid these from happening.

More importantly, though, to grow a brand you need consistency. Systems not only keep you in check but also ensure anyone who does it remains true to the brand style.

When you want to put systems in place, it helps to step back and take a look at the business. That way, you can identify the key functions that make your business work.

Tony likes to use a business model canvas to note the activities you do which are essential. Then you should identify the function which, if delegated, would give you the most time back.

From there, you then list every single step in completing that task, including the minor things you do which make it special.

Then give it to someone who has never done it before to test that your process works. If they can then understand it, then it works. If they ask questions, you then need to go back and make sure those questions are answered.

It’s also vital that you keep these processes up to date. That means when the software you use has an update, the processes will need altering to make it as easy as possible for the person using it.

Eventually, when you go back and do the same for everything you have to do, you can then better focus your time on growing the business even further. And you actually get some freedom to enjoy life.

At the start, Tony used Evernote to create the lists. Then he used SimpleMind to create visual workflows and Google Sheets to include more details and link to additional information.

Now, Tony has transferred everything to Process Street. There, everything is stored in the cloud, including a wide range of media. The tool also allows him to delegate tasks to other members of his team.

By delegating a lot of the important tasks he struggled to do himself, to his team, Tony has been able to use his spare time to write a book.

Standard Procedure is all about systemising your business, reducing your workload, increasing productivity and becoming more profitable. The book not only takes you through his journey but also guides you through the steps to achieve it yourself. He simply answers all the questions he has been asked about what he did.

You can download the first three chapters of Standard Procedure – for free – by visiting www.tonylbrown.com/book. From that extract alone, you can implement some changes and see the rewards. 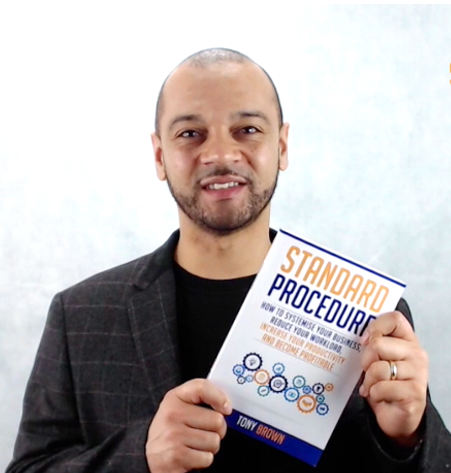 You can also find out more information about Tony by visiting his website. There you can also learn a lot more about using processes in your business from his blogs and podcasts.