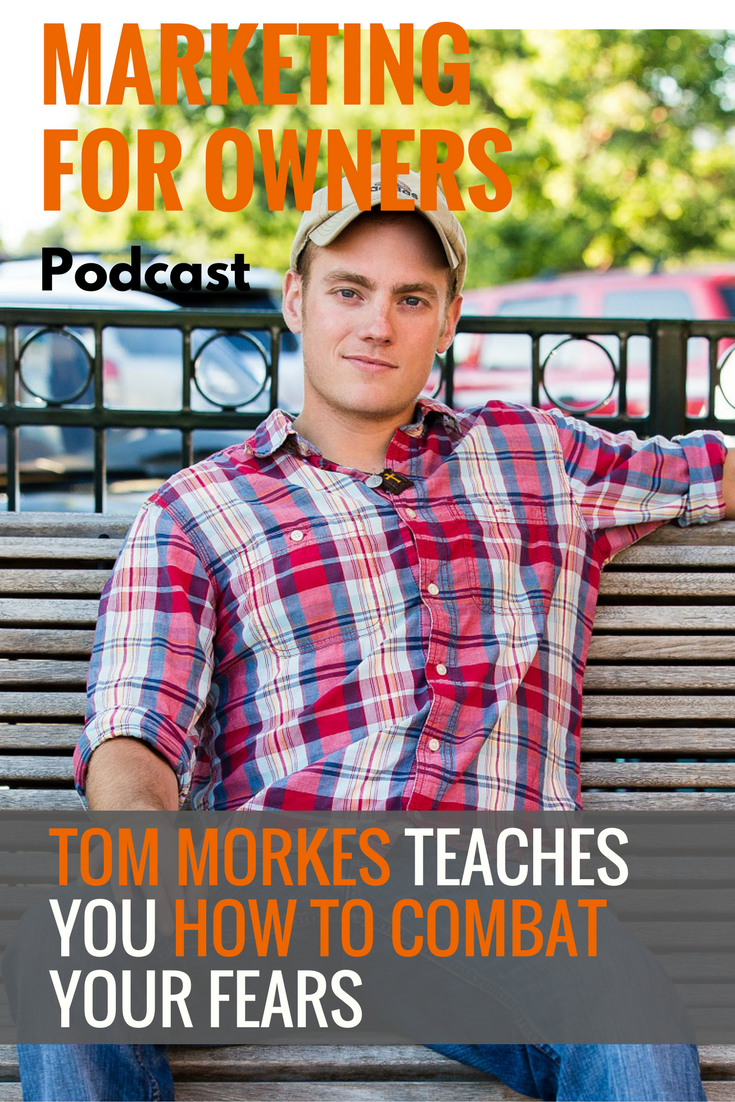 As a graduate from The United States Military Academy at West Point, Tom Morkes served for five years, including a tour in Iraq.

In 2013, he left the military and soon became a content and publishing expert.

Tom’s military background has prepared him well for a life of entrepreneurship as he looks at things strategically and tactically. 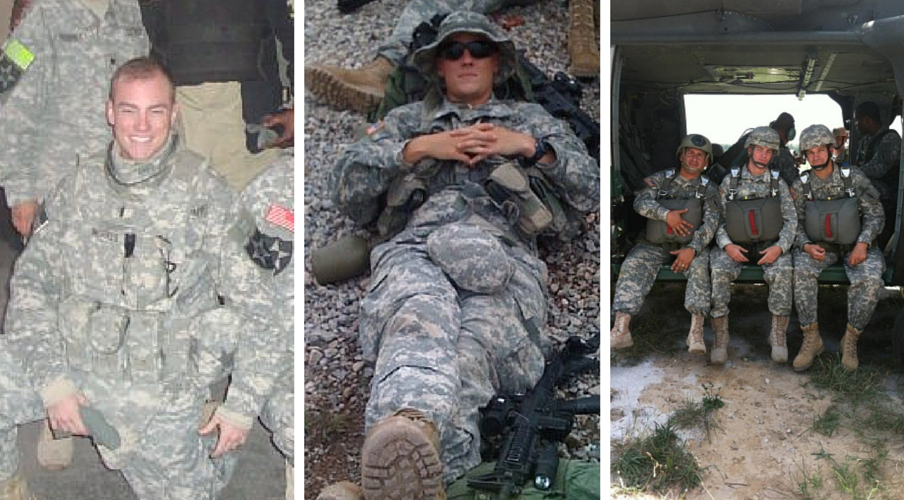 And it has also meant he learned how to plan, execute and run excursions.

In fact, despite being scared of heights, he commanded a Company who jumped out of helicopters. And that makes for a lovely metaphor for how scary but worth it being an entrepreneur is.

Everyone is waiting for someone to take the lead and leap first. And that’s exactly the sort of person Tom is.

He has produced so much useful content, and has numerous books to his name, using a unique method of making money from them.

And he’s now so good at it that even the likes of Jeff Goins and Neil Patel turn to him for help launching their newest books.

His brother got Tom into Seth Godin, and he had soon read all of his books whilst still serving in the military. Then in 2012 he went to see him at a conference Seth was holding. 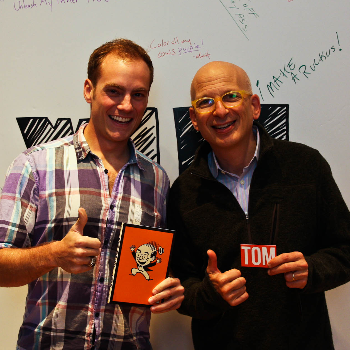 This transformed and inspired him. And he ended up spending his last year of service secretly writing a blog. This is what finally helped him to get over his fear of writing publically.

And although that took him the best part of a year to finally overcome, it’s still something which he finds affects him today. It’s common for him to have internal doubts and conflicts.

By the time he left, he found he already had established himself amongst a small group who read his writings.

But he went into it without replacing the income he had previously. Luckily for him, he functions well with high risk, but even he doesn’t recommend it, especially if you’re risk-averse.

He was also inspired by Steven Pressfield, author of his favourite book Gates of Fire. So when he discovered that he had also written a non-fiction book called The War of Art, it was something he really connected with on a personal level.

From there, what Tom wrote expanded on the things which Steven had talked about in his book, using concepts he’d learnt from the military.

Tom never wanted to be one of those people who only ever spoke about doing something. So he decided to write an eBook: The Art of Instigating, about what it takes to be a creative.

He gave it away digitally and has so far offloaded 10,000 copies.

After six months of producing a lot of content he never charged for, he discovered he had another fear to beat. Tom had a mental block when it came to asking people for money in return for his products.

So when he released his next eBook, he gave people the chance to pay whatever they felt it was worth. And in the first month, he’d been tipped over $500 for something he was still, effectively, giving away for free.

For him, this was a lightbulb moment. He realised that people were happy to pay him for his work, even if they didn’t have to. He was getting money even though he wasn’t giving them a physical product.

This was an important lesson for someone who had never asked for money for an information product. And it has changed the way he sells stuff ever since.

He released more books using the same strategy and even started consulting asking people to pay what they felt it was worth. He was averaging around $150 per hour.

And this is something he ended up chronicling in his book Pay What You Want Pricing.

Whilst doing that, he even tested it with a physical product and found that it’s something lots of people were using for their products and services.

A brief list of book launches Tom has worked on include:

Although many of them are experts at SEO, marketing, and a whole lot more besides, they are not in the publishing niche. And when you can only launch something once, you want to get it right and have it become a roaring success.

Tom knows how to generate interest, then get people sharing and reviewing a book.

And he doesn’t market himself. All of his business comes from referrals. That’s just how good he is.

Just like launching a business, you need to have a plan for a book launch. The Book Marketing Canvas, which you can get from Tom for free, is a good place to start to get it down on paper. 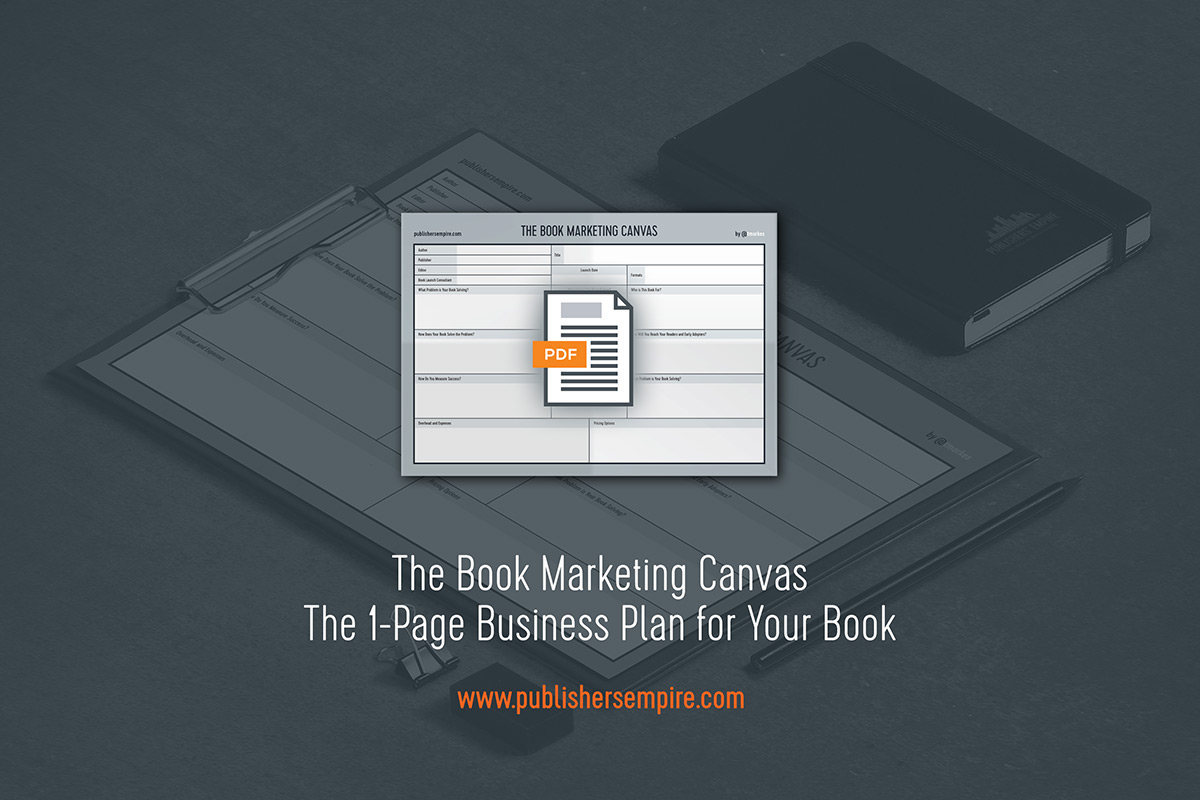 It asks a series of questions to help you understand the market. Who is it for? How are you going to reach them? Who are the first people to have the book?

With long tail marketing, you can still be selling the books in years to come.

So get in front of your audience on different platforms. And you do this by getting onto blogs through guests posts and reviews.

With this, Tom regularly achieves sales of 10,000 in a year for people. And when around 80% of authors don’t even achieve 100 in their first year, it’s a big deal.

Everything needs processes and lots of effort for it to work.

Getting people to read and recommend books is a slow process which will start long before you have a book ready to give them. By connecting with people in advance, you build relationships and help them before you even ask for anything in return.

How you approach people will differ according to how well you know them.

For Tom, he may review an influencer’s podcast, and then share their content for a few weeks. Show them that you like their stuff and let them know. That way, you stand a much better chance of getting a ‘yes’, and you’re showing respect.

To do this, he has contacts with 100s of podcasters. Which means he can find the right podcasters to suit the book he is promoting at the time.

And he uses the same approach whether they’re magazines, newsletters, bloggers or YouTubers.

On Tom Morkes’s website, he has so much information available to you. There are articles which are full of brilliant and well-written information, useful podcasts and a library of books. Just don’t forget to pay him however much you feel the information was worth.

You should also join his newsletter for some exclusive content which isn’t available to everyone. Then you can get in contact with him and ask whatever you need.