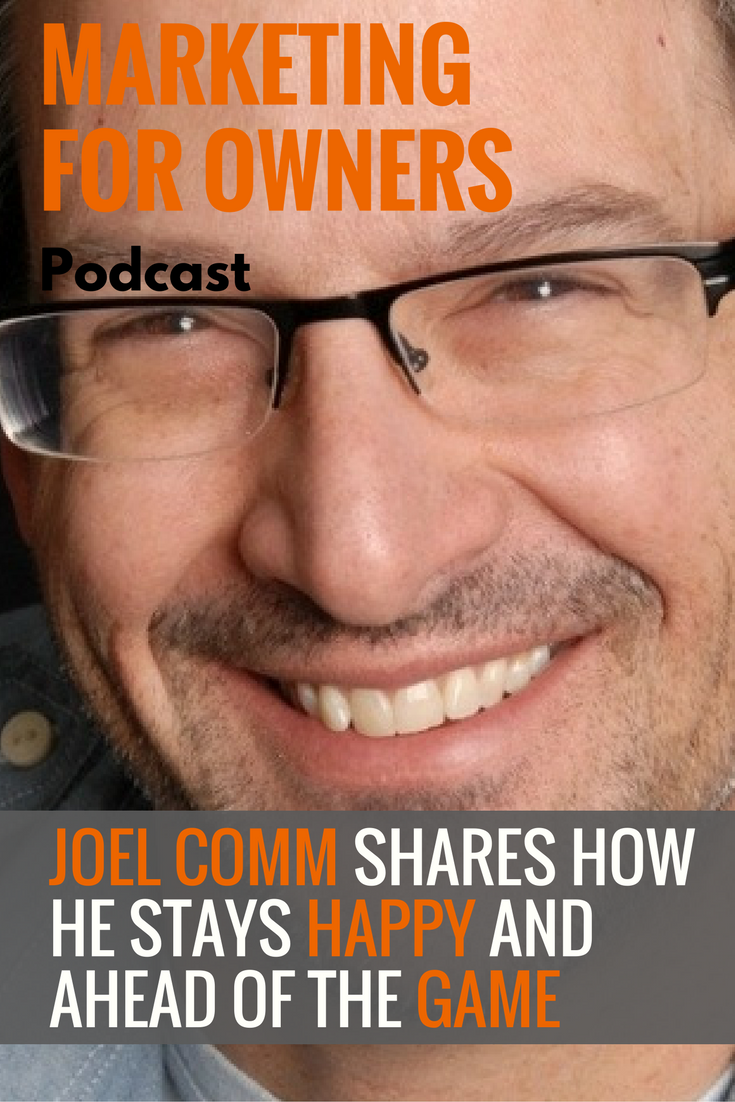 As a nerdy 16-year-old, Joel Comm invested in his first computer which was back in the days of cartridge hard drives over 30 years ago. The technology drew him in.

Then in July 1995, he launched his first website, World Village, which at the time was one of only 18,000 sites on the web. So not only was it one of the first websites but also one of the longest-running with it still active today.

Back then, creating a website took a lot more money and more hard work. A domain cost around $100 and HTML all had to be coded by hand.

Being purchased by Yahoo was something which changed his life, and an experience he’s learned a lot from.

His main focus now is to make sure he enjoys his work, as well as making sure everyone else is happy with what they’re doing. And as a creator of the iFart app, I’d say he’d been doing a pretty good job.

As you may have already noticed, Joel is often one of the first people to try something new. This comes from being a risk taker with a willingness to fail in order to succeed. 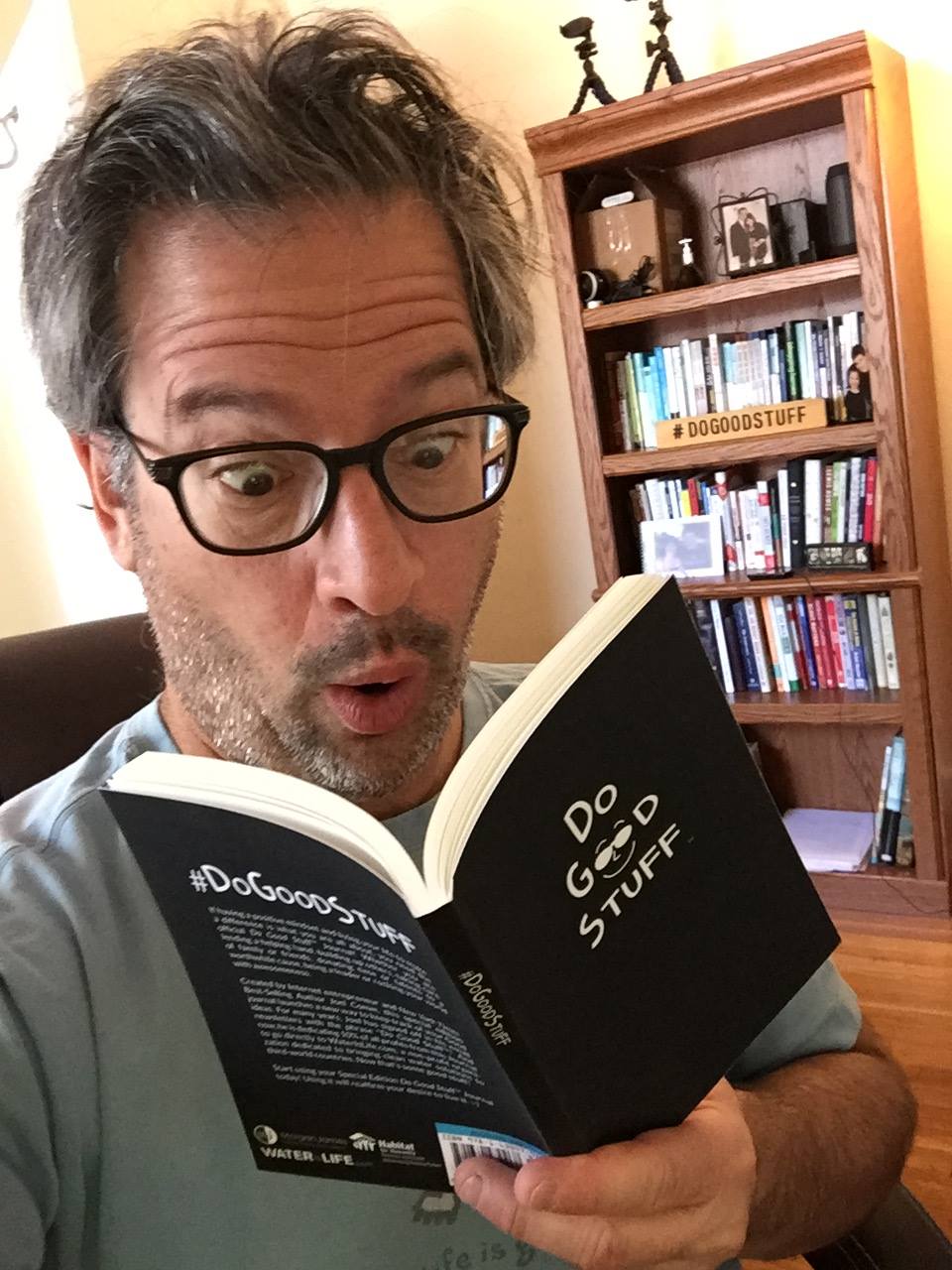 It requires a lot of courage. But like many entrepreneurs, he’s had a lot of failures too. He may make it look easy, but success doesn’t come easy.

Failures are great learning opportunities, and they become a part of your success story.

For Joel, true success comes once you no longer have to invest time, money and talent into something.

Guess what? Joel was one of those people who paid a premium in order to be one of the first people with an iPhone. And a year later, when Steve Jobs announced the release of a software development so people could create apps, he was quick to the game.

He put together his team and came up with a load of ideas. And their app, iVote Mobile, they were one of the first 500 apps in the Apple Store.

They also created a novelty app named iFart. But on the day they were about to submit it in September 2008, news broke of a similar app getting rejected. So, they held off. 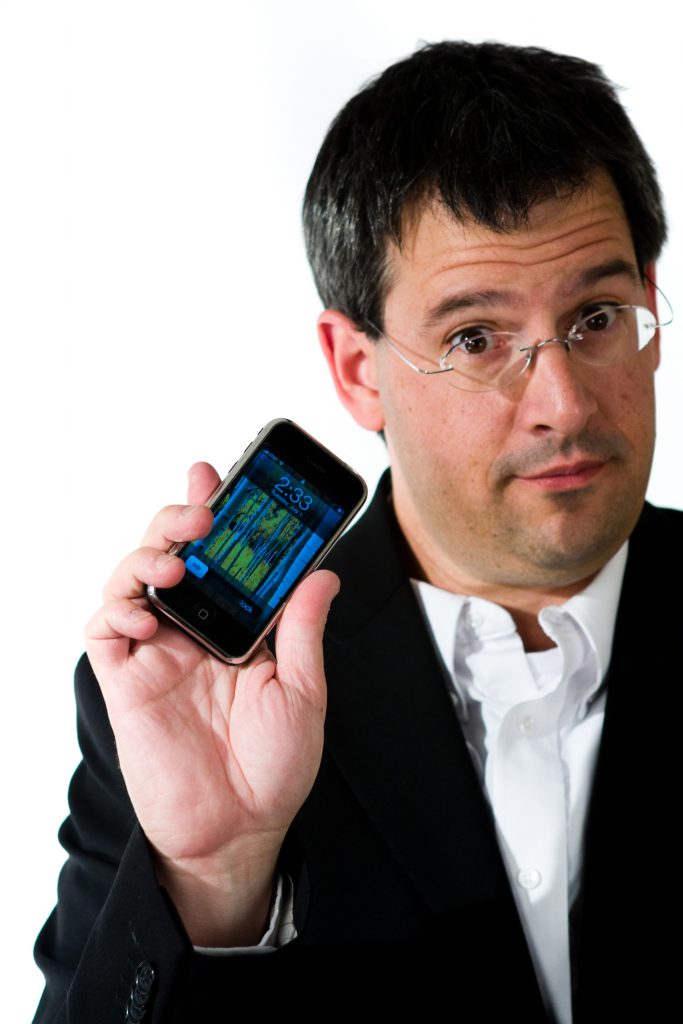 A few months later, and with nothing to lose, they submitted it and it got accepted. Four fart apps came out at the same time, but it was theirs which was the number one app in the world for 22 days. And today, people still talk about it and have it installed on their phones.

By this point, Joel has achieved a lot and had a team of over 30 people supporting him. But business difficulties, along with personal issues, meant that he soon had to start letting people go. And within 18 months, everyone had gone.

He then also started selling his assets, including Dealoftheday.com and his popular WordPress theme. As well as that, he stopped other activities such as speaking gigs and book writing.

What he wanted, and needed, was time to focus on himself so he could get into a better place. It was two years before he came back with new projects.

This sabbatical gave him a better outlook and has meant a change of focus. Now, his quality of life is more important than making money.

He has made millions and lost millions, but money only helps you to maintain a lifestyle – it doesn’t make you happier.

In fact, happiness is far more about what you do, and who you do it with, rather than anything else.

His successes didn’t come from burning the midnight oil or neglecting his family. His greatest achievements actually came from the small actions which he took, such as answering an email or meeting the right person.

And he also discovered that these things are far more likely to happen when he was having fun at what he was doing.

“If you can tell the difference between your work and your play, you’re doing one of them wrong.”

Pursue what you’re passionate about. Don’t work for the sake of working for a lifestyle, as that is what leads to breakdowns.

And that has influenced how Joel works. If he isn’t engaged in the work he’s doing, then he would rather be doing something else. He’s happy to wait for the right opportunity, rather than just finding a new scheme to make another buck with. 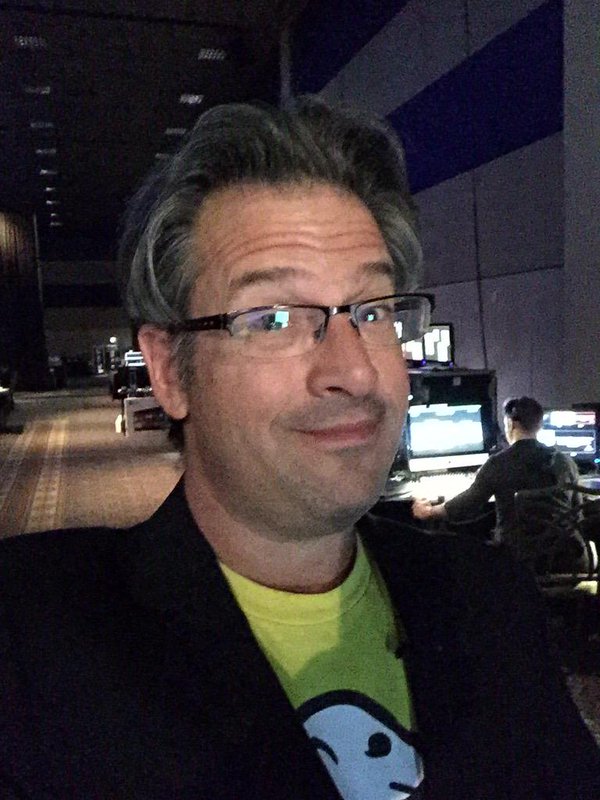 But it’s vital that you understand that what works one person may not work for you. Don’t just listen to what the ‘experts’ say. There’s no one-way to make money, so find the way which is right for you.

Don’t spend all your time hustling, if it’s not what you want to do. You can always choose to do what you like.

For Joel, social media is a tool for making relationships, growing businesses and impacting others. It’s an extension of his life and he puts out a lot of content on Facebook and Twitter.

However, he is spending a lot more of his time doing live video on Facebook and Snapchat.

With mobile adoption and increased bandwidths, live video is now leading one of the biggest changes since the smartphone. Anyone can now grow an audience and share their message by simply turning on their phone. And when it’s compelling, people will then want to share it. 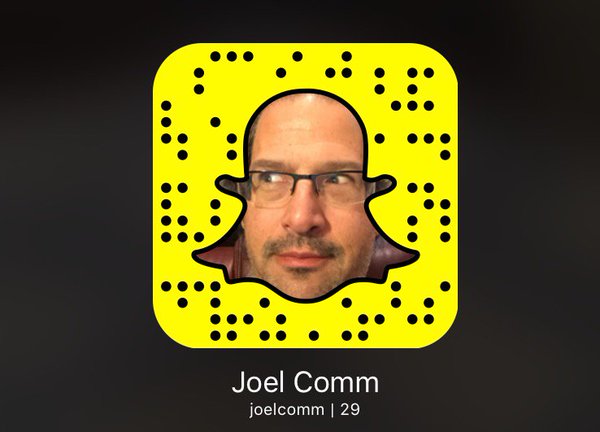 This is how people become overnight sensations. As we are becoming more visually engaged, it is the next big step for reaching our audiences.

With the power Facebook currently has, it’s likely to remain the leader for the foreseeable future. It is fast becoming a broadcast network, and Joel doesn’t think it’ll be long before it has a place on your Smart TV with original content.

Over the next few years, people will take to live video even more, and Facebook and Snapchat offer great growth opportunities. So now is a great time to join in.

If you learn to use it now, you’ll get in before the flood, and you’ll enjoy the ability to grown an audience while it’s still easy.

Be In The Moment

As technology changes, whether it’s for better or worse only depends on the way it is used.

Social media can bring out the worse in people as they hide behind their anonymity to direct abuse at others. But on the whole, it is great at connecting people in ways which we would have never thought possible only a decade or so ago.

The constant flow of information can be addictive, with there being no end and no hope of catching up. So Joel thinks it is important to also do things which help remind you that the world doesn’t revolve around social media.

You don’t need to be doing anything, or to make sure you’re on certain platforms. Instead, do what will bring you the results you want and accept you cannot be everywhere.

Next time someone tells you that you should be doing something, Joel says to tell them: “Don’t should on me.”

You can run social media, but don’t let it run you.

At the time of this interview, Joel admits he had 1,125 pending items on his Facebook profile. But he knows he’ll never catch up, and is instead the master of his own life.

People may, in fact, benefit from taking time away from the social media monster, just like Joel did. In 2015, he took 18 days away from the Internet to simply go hiking. And he found that he didn’t miss it.

Just like after his business sabbatical, he did worry that he may get forgotten. Out of sight, out of mind. But it had the opposite effect.

The cement hardened and he found that people were far more excited to be receiving his content again. When you have made a positive impact, you’ll not get forgotten about and they’ll just be pleased to see you.

So make sure you’re being present in the moment and enjoy life as you’re in it. It’s easy to think you’re documenting a memory so you can enjoy it again, but you’re also missing it in the now.

If live video is something you want to get into, then checking out Joel Comm’s Live Video Revolution training is a great start. He will teach you everything you need to know to really make the most of the opportunity you have to grow your audience.

It is key to making sure you put the social back into your social media.

So you can reach out to Joel via his website or Facebook page. But whilst you’re on his website, make sure you also check out his brilliant blog and past podcasts.

He is also a New York Times Best-selling author, and you’re bound to find a book which will help you with your business.