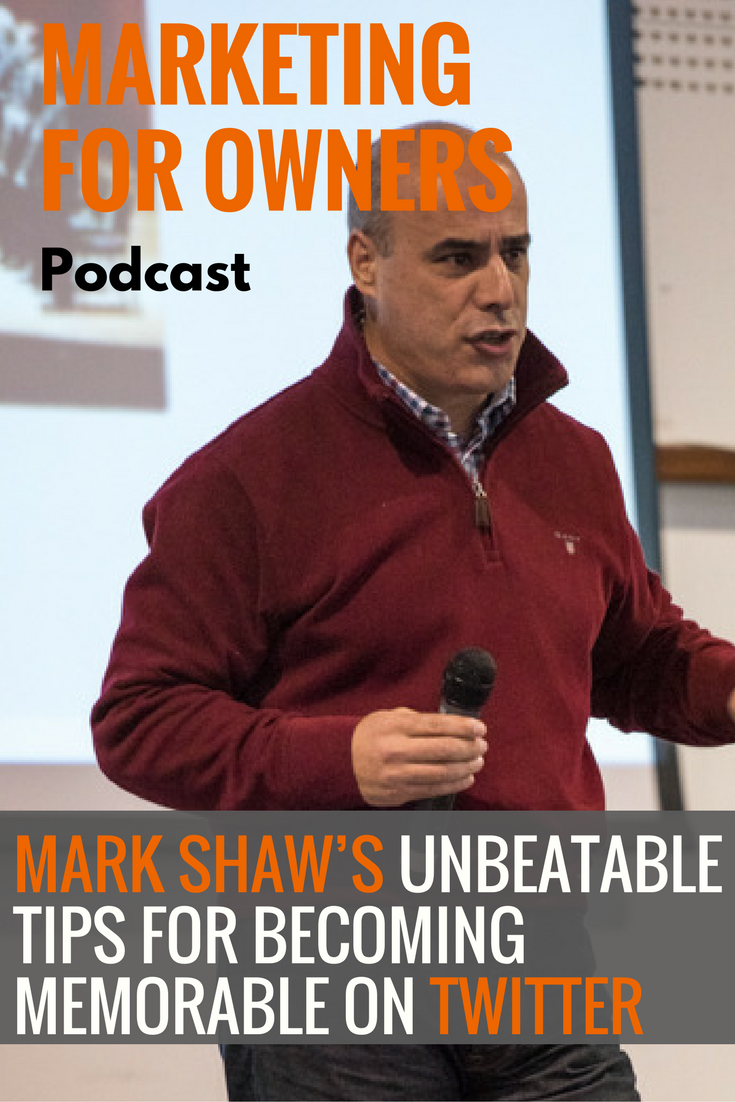 When Mark Shaw first discovered Twitter after a friend suggested he gave it a try, he didn’t get it. He couldn’t understand why people would want to know that he was having a cup of tea.

Now he is the UK’s leading expert on Twitter.

Mark spent a year figuring out how it worked and how people could make money using it. He tested, pushed the boundaries and even had his account suspended.

However, it was an interview with Chris Evans on a radio breakfast show that really made his name. Over eight years later, he’s had 170 radio interviews, and worked on numerous occasions with national broadcasters and press.

Recently, he deleted all his social media accounts except one: Twitter. Now he is far less stressed and is actually getting far better results. Find out how he’s made that work, and discover everything there is to know about Twitter.

Mark has been a part of every social media network you can name. But it was around six months ago, whilst on holiday, that he’d finally had enough and was overwhelmed by it.

Anchor was the app which broke the camel’s back. Although it allowed him to record short podcasts from his phone, he found he just spent his days thanking people.

Experts are always saying you need to be everywhere, and always pumping out content like a factory so nobody misses anything. With a team, that’s achievable. However, for a small business, you’ll only stress yourself out trying to do that.

After all, it’s too much when that is on top of trying to make sales.

So Mark deleted everything, which in itself was a challenge as no-one makes that easy to do. He now only has Twitter and blog, and he has a lot less stress.

Since doing that, he has found that’s his website traffic has increased three-fold. He received a positive response, and now he can write when he wants and is able to dedicate more time to helping others.

He’s no longer just duplicating what everyone else is sharing, and that allows him to add a lot more value.

In your business, you should focus on using only a few social media accounts. Of course, you can claim your name on them, but you don’t have to actually use them. Instead, just direct your audience to where you spend the most of your time.

So do an audit of your output and figure out what is really working for you. And that is where you should dedicate most of your time.

Celebrities joining Twitter is what made people more aware of it. However, people thought that was all it was for. It took a long time for people to associate it with business, and many people still don’t. And for Twitter to work for you, you need to have the right mindset.

You don’t need to have a massive number of followers. It’s far more valuable to have a few engaged people. You do need an army of advocates who like, know and trust you. They will then recommend you, which is the best type of new business around. 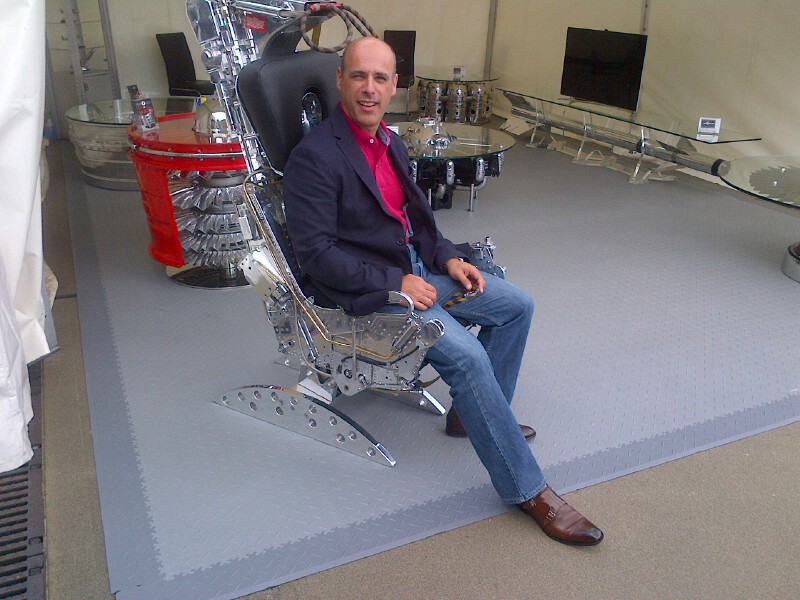 And a good place to start is to find local people who may have an interest in what you do. To them, you can then demonstrate your abilities.

Don’t just try to sell to anyone. Choose those who are in your area and have problems you can solve. So think like a customer and use the phrases they’re likely to use, such as “Anyone recommend…?”

And if you want to find out Mark’s secret to searching Twitter to people in your radius, see his blog article for some great tips.

1. Don’t just be on social media because everyone else is and you think you should too. You need to know why you should be there.

2. Know who will be in charge of your social media accounts and how much time they’re able to devote to it.

3. Work out what you will measure to know if your efforts have been successful. Don’t look at follower counts, but instead look at website traffic and sales generated.

4. Tie in what you’re doing on social media with your main marketing goals so they all align. A cohesive campaign is far more effective than going off every which way.

5. Pin a Tweet which will stay at the top of your profile timeline. Select one about an event, your podcast, or a product you’ve just launched. And remember you can change it whenever you need to.

6. Use images in your tweets. You can have up to four, and they stand out. So try being creative and use them to tell a story.

7. You can also add up to 200 seconds of video to a Tweet from your mobile. Use it to make an announcement or show them behind the scenes. These get the best engagement levels from followers.

8. Use a bit of effort to create your Twitter bio so it truly stands out from the rest. However, avoid using hashtags.

A hashtag in a bio, to show you’re interested in #Marketing, is clickable remember. Therefore, you’re sending them to a search page full of other marketing people, and now you’ve lost them.

However, it may be effective to create your own hashtags. When you use a hashtag only you use, you will be the main result which comes up should a user click the link. But when you try something new, remember to test it. 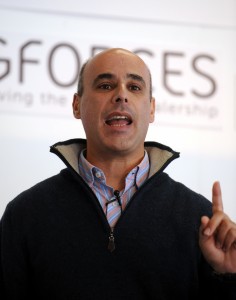 Mark sees that people are now starting to move away from using hashtags. Users are recognising that they’re just full of people trying to sell things.

A better strategy is to add a picture to your Tweet. That then allows you to tag up to ten people. So select three or four leaders you admire and tag them in a Tweet linking to a blog post they may be interested in.

That way, they may read it and then share it their audience. And straight away your right in front of the people you want.

Have Your Own Playground

Mark also suggests that you have your own space in which to talk to your audience. One day, you may wake up and find that Twitter is gone because you don’t own it.

You need somewhere you can call your own.

A common method is to use a mailing list, but for Mark, this didn’t work. Instead, he has lists of people on Messenger and WhatsApp.

He has 77 people in his Messenger group, but with only 15 people engaged as most have turned off notifications. But with his WhatsApp broadcast, he has 88 people, of whom 85 are engaged within two hours. With the latter, there is a lot less noise, so they’re more welcoming of it.

Of course, if emailing lists are working for you, then stick with it. But it may be worth investigated whether WhatsApp may also be a good way of contacting your audience with new content.

Twitter has changed dramatically over the years, and it’s bound to carry on altering. However, it is likely to still remain one of the best business tools available. And to stop people from tuning out, you need to be using it differently from everyone else.

Mark is the person to learn from in order to stay fresh. So follow him on Twitter to see a master at work.

His regular blog posts are always full on great information which is bound to help you stand out from the ground and get a better return for your money.

And if you are interested in getting VIP access to Mark’s WhatsApp broadcasts to stay informed, then you can find out more information here.