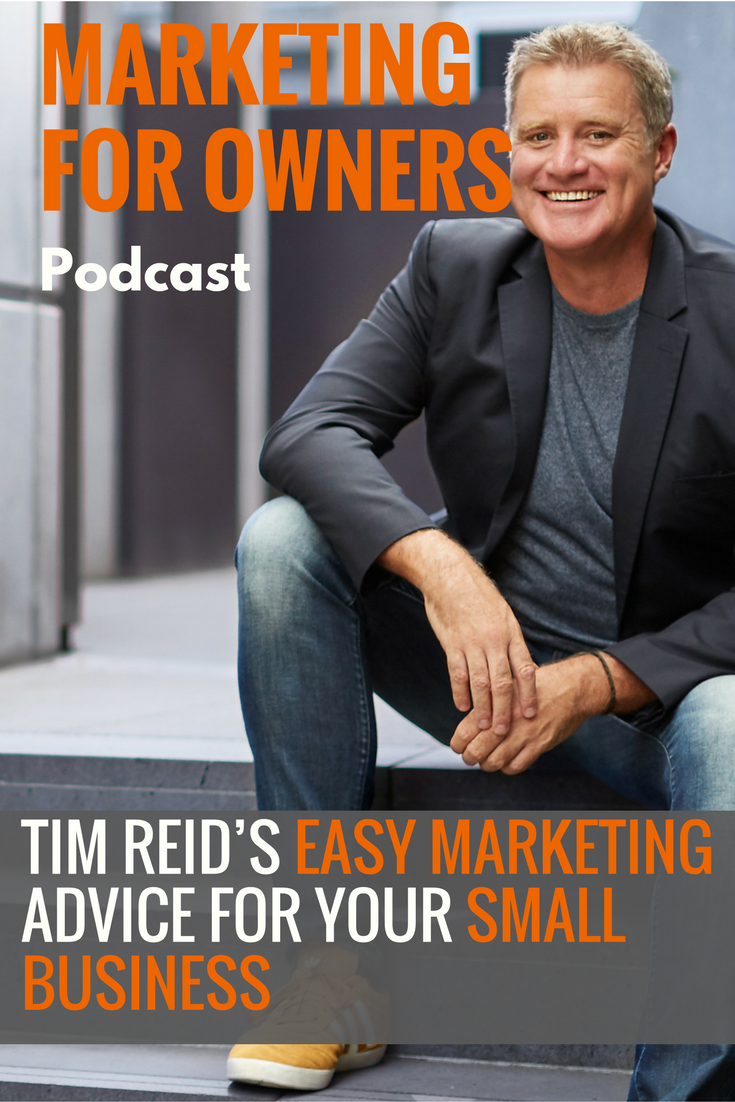 When Tim Reid (or Timbo) left school, he went straight into marketing, first studying at University and then working in a large advertising agency for ten years.

During his time there, he worked with big brand names such as Dulux, Yellow Pages, and Mercedes-Benz on their advertising campaigns. It’s where he cut he first cut his teeth.

With a desire to cleanse his soul, he moved onto marketing a charity before becoming Marketing Manager for Australia’s largest travel agent. This was part of his efforts to avoid being pigeonholed as an ‘ads guy’.

It was a few years later when he wanted to get out of the corporate world of meetings, that he hatched an escape plan by creating his own marketing consultancy agency.

It’s then that he began podcasting in 2008, and since then his business and popularity has only increased, with numerous speaking gigs and is now Australia’s #1 marketing show. 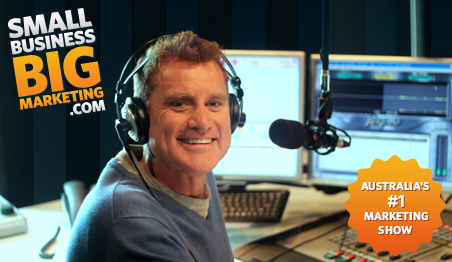 And Tim’s popularity is thanks to the great tips he shares with his audience, which is not only easy to put into action but doesn’t cost the Earth either. So find out how Tim Reid can help your business grow with The Boomerang Effect.

Getting Started In Podcasting

Tim had been listening to podcasts himself for a year or so, thinking how amazing it was that businesses could create their own shows. And so, seven years ago, he started the Small Business Big Marketing podcast.

For him, he set his podcast up as a way of sharing his marketing knowledge. But it was also a way of differentiating himself from all the other marketers which are out there.

Now it’s become so popular that it is Australia’s top marketing show. And now recording the weekly show is one of the main things he does for his business.

At the time, not many people were podcasting, so it was easy for him to really stand out and make a name for himself. 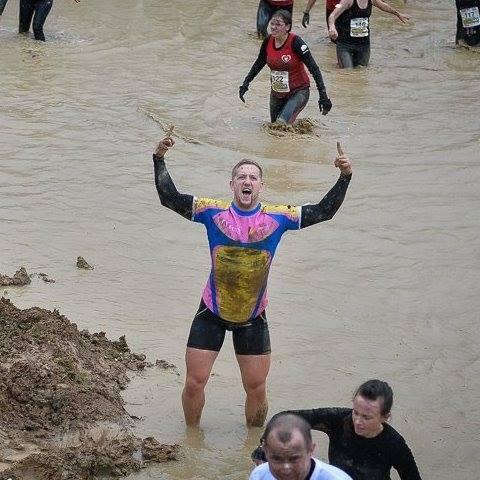 He was also lucky because he knew someone (who he’d helped whilst working at the charity) who was a radio producer. So, with a professional studio and producer at his disposal, his podcasts were great from day one.

Of course, you don’t need all that to make a successful podcast, especially now when it’s even easier than it ever was. Or, at least it’s not as hard as you think it’s going to be.

You can get a USB microphone and plug it into the computer. You can simply conduct interviews over Skype (just like ours are). And you can record video on your smartphone. There’s no need for anything fancy.

The quality of the actual content is the most important aspect. So make sure your focus is on the content and not the tools, for whatever you’re producing.

Tim believes there are three limiting beliefs which every small business owner struggles with. And as a result, they prevent them from producing good marketing online. However, they’re often unfounded.

These are shallow and not justifiable reasons for holding yourself, and your business, back.

Instead, you should make marketing your hobby, because we’re often much better at finding extra time to pursue our hobbies. Marketing doesn’t have to cost a lot either. And if you really do have a lack of knowledge, you can use tools such as Fiverr to outsource those tasks without it breaking the bank.

The landscape for marketing is a lot different to how things used to be. What you produce doesn’t have to be slick. In fact, people often prefer to watch/listen to things which may look amateurish, because they know you’re a real person, just like them.

When Tim was in the running for his biggest speaking gig of his career earlier this year, he didn’t think he’d get it. But he still took his son into town and sat outside a chip shop to record a short video. The video was rough and ready, yet it conveyed the message he wanted, and it earned him the job.

When you’re starting out, produce your first content as if you’re not going to post it. Chances are, you won’t like it – especially if it is a recording of you and your voice – but over time it will become infinitely better.

And sometimes, watching yourself back means you can make improvements.

Tim actually has one more item which should go on his list of limiting business beliefs:The boat has left the shore.

The reality is that it is never too late, and how well you do is based on the quality of content. You need to be giving people a reason to listen to you. So make it better than what anyone else produces.

Just because someone has hundreds of posts doesn’t actually mean any of them are any good. Tim likens it to throwing a bunch of mud at the wall and hoping some of it sticks. Sometimes, people just churn content out every day simply because they think they should.

This is something which he discusses in his book The Boomerang Effect. 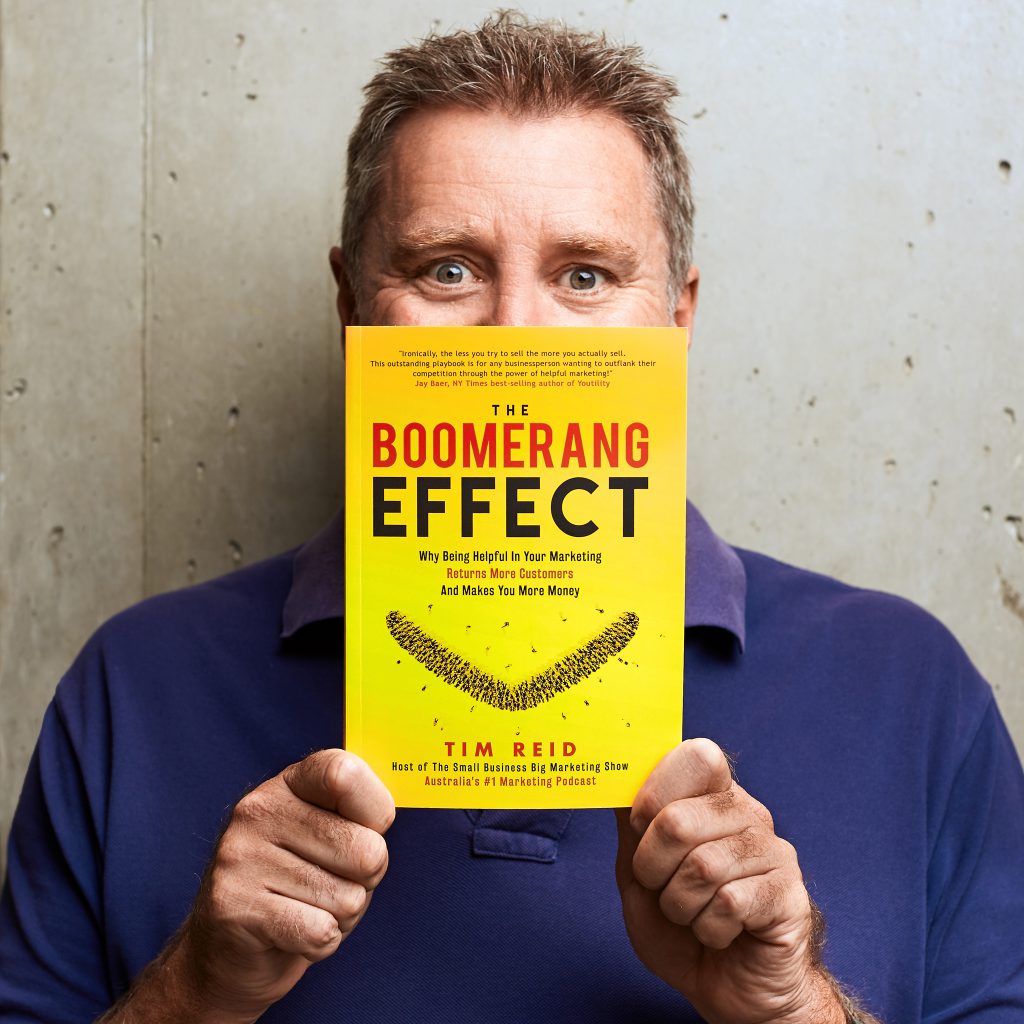 All the content you produce needs to have an editorial mission which focuses you on ensuring everything is on topic and relevant. And in order to do that, you should have answers to these three questions:

That way, you can put a fence around your content to know specifically what it is.

Although blogs are from the early days of the internet, they are still great for businesses and individuals. You can share your opinions, share helpful content with the people who may buy from you, and they keep your blog up to date. And after all, Google likes a website which is updated regularly.

Pick Up The Phone

It may be old school, but Tim believes that making five calls a day, five days a week, can really benefit a small business. It’s getting rarer and rarer that people actually use the phone, so it makes you stand out.

You could call a client to check up on them, or chat with someone who you’ve been referred to and see what you can do for them. You could even phone a supplier and see if you can cut some new terms of business.

Maybe you could reach out to a local journalist to see if they’d be interested in having an article about their local success story?

The possibilities are endless, but it is a simple idea which gets results. And it’s something your competitors are probably not doing.

You can also use it as a method of getting more repeat custom. Simply ring them six months after they made a purchase and ask for feedback on the service. Or you could ask them for help creating content by asking if they have any questions you could answer for them. And if you do that, you have a customer for life.

But don’t put off doing it just because you’re afraid of receiving negative feedback. Most people are generally reasonable. However, isn’t it better to know so you can make the necessary improvements?

When you want to stand out, you need to create helpful and quality content which will be watched, read or listened to by your audience.

To find out what you can talk about, Google is a great tool. Simply use it’s predictive search for some really useful ideas.

Type in a search term which your customers are likely to use, and below a box of suggested search terms will appear, based on what other people have asked.

And then when you click on a result and go to the bottom of the page, you’ll generally find another eight suggestions.

The other positive of this is that the questions are also written in the language customers are using.

Additionally, you should also jot down all the questions you’ve been asked by customers in the past 30 days. Then you can also ask your staff what they’ve been asked, as well as your suppliers too.

After that, you’ll have more content than you’ll know what to do with.

When you create helpful content, people will start coming to you with their questions anyway. This gives you more ways you can be of service and more content ideas for you to produce.

The Boomerang Effect is when you’re getting more from your marketing efforts than you’re putting into it. 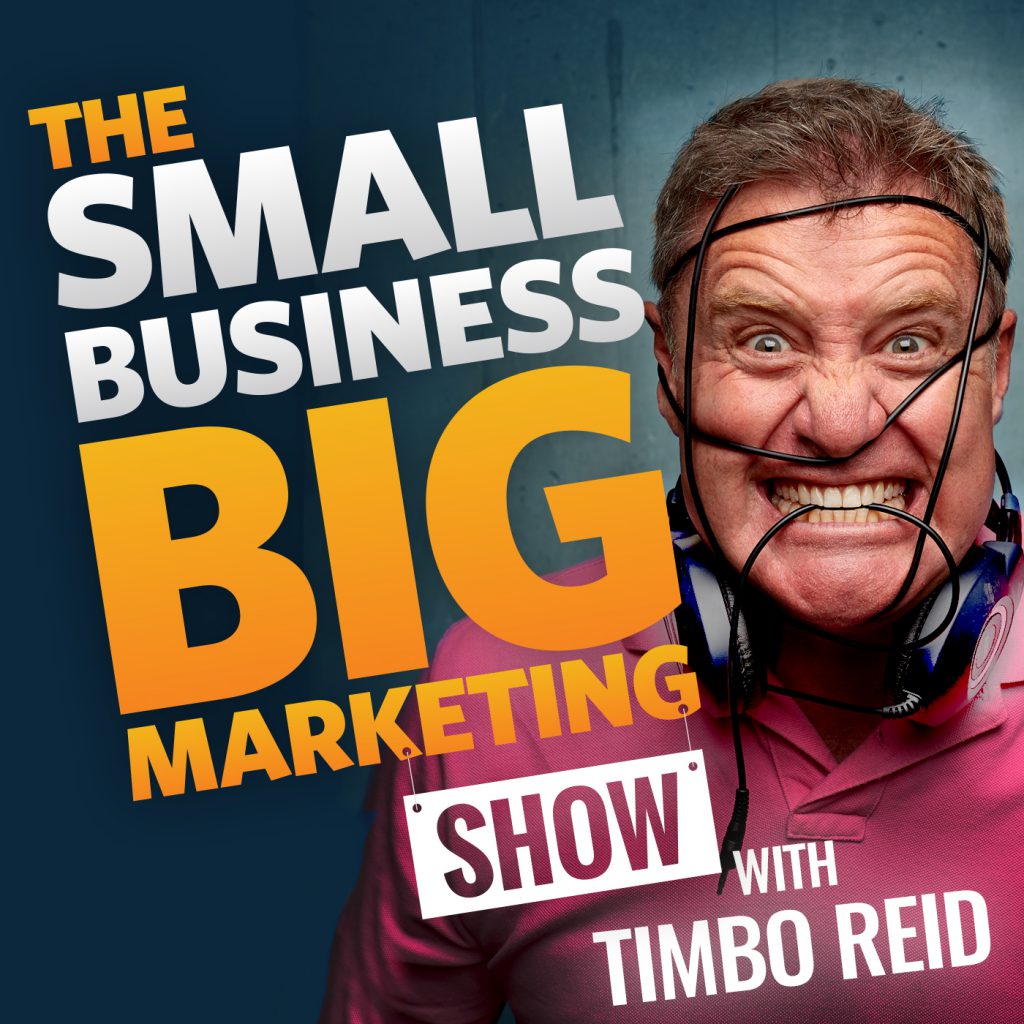 Tim created his podcast to primarily help him get more clients. But then they started to also earn him speaking gigs, and before long, he ended up creating an entire speaking business which ended up overtaking the consulting.

Now, his podcasts are available on all Virgin Airlines flight around Australia, as well as being No. 1.

And all of what he has achieved has been thanks to his podcast.

At Tim’s website Small Business Big Marketing, you’ll be able to find his podcasts, blogs and even subscribe to receive your 10 Marketing Wake-Up Calls to help you become even better.

Additionally, if you want a copy of his book, he currently doesn’t sell them outside of Australia, but if you contact him, he may just be able to sort something out.

Plus, you may also find it useful to check out Tim Reid’s speaking website.