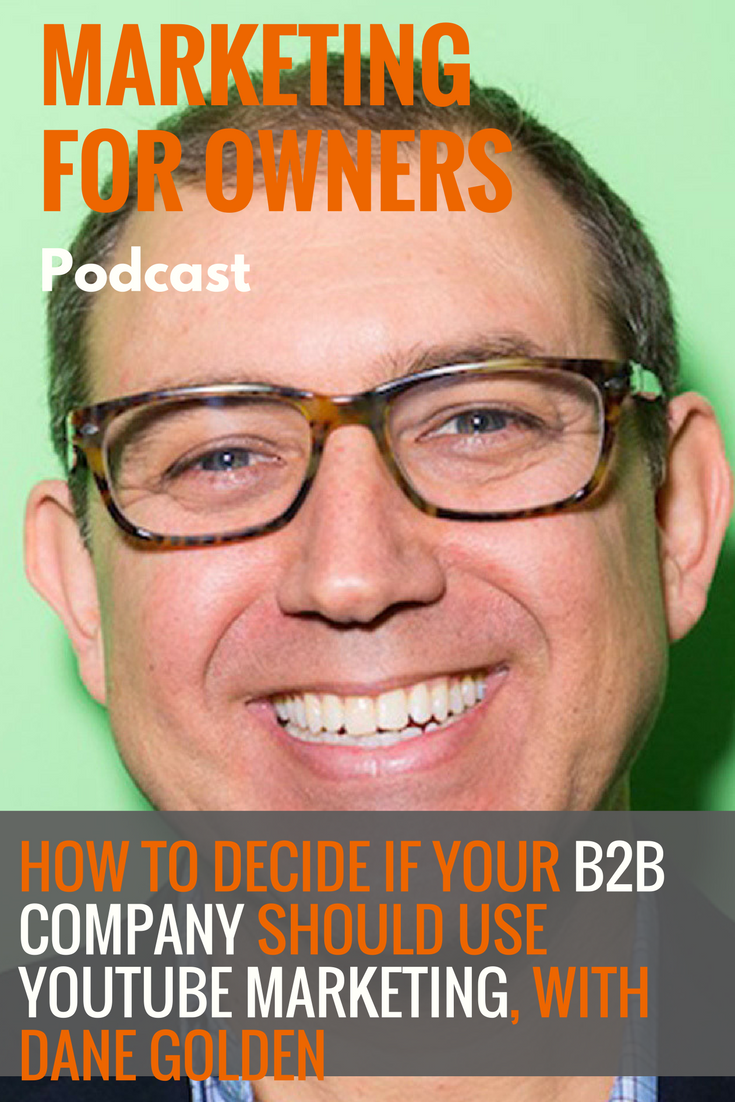 From an early age, Dane Golden has always had an interest in movies and videos. And that’s why when YouTube came along, he wanted to make videos for the web and achieve great things with them.

He had failures early on when it came to making web videos with his clients. He realized that it is actually a completely different platform to film and TV.

Not only was he making these mistakes, but many others were too (and still are). Especially those who were coming from those other platforms with those sensibilities. So he made it his personal mission to figure out how to do it the right way.

YouTube isn’t necessarily easier or harder, but it is different. Radio is dissimilar to TV. Radio is unlike movies. And even Netflix is different as a series is just like a 13-hour movie.

Each platform has its own sensibilities and comes with unique advantages.

With YouTube, anyone can upload a video. But success comes differently because you actually have millions of competitors. However, Dane is going to help you figure these out, so you can start producing videos which your customers and prospects will actually watch.

When done properly, these videos will continue to work for years to come.

#1 What Are You Talking About?

Are you just talking about yourself? Even if someone is thinking of buying from you, they’ll only want to watch a maximum of one advertisement about you. By then, they’re either sold or they’re not.

Just like your content marketing, you need to help and teach people as much as possible. Show your audience how to do things betters.

People resist because they don’t want to give their secrets away. Just remember that you don’t have to show them everything you do. However, also remember that people these days people are too busy to bother doing things themselves.

So when you help them, you’re not actually showing them how they can do it without you. Instead, they’ll see that you know what you’re talking about, so are more likely to hire you.

And because YouTube is different to TV, you don’t need to waste time at the start of the video with a snazzy title sequence to introduce yourself. Every second counts, so you need to be speaking in the first second in order to succeed.

You can still do videos on YouTube without appearing in front of the camera. Screencasts are helpful for walking the audience through a sequence, and all you have to do is narrate what’s going on.

As long as there is movement, it teaches and informs, it doesn’t actually matter how exciting the video itself is. It’s far more important to be useful and to demonstrate something.

But there is no point being on YouTube if you don’t have a content marketing strategy. You don’t need to be personality driven, but you do need to post regularly, sharing your unique knowledge.

Just like with your blog, you should rarely hype yourself up.

#2 Bring In The Audience

It’s not as simple as ‘Post it, and they will come’.

Just like with content marketing, you have to extend and expand your content to other platforms. Embed videos in your blog posts. Link to the videos on social media. Send a clickable picture in your emails sending them to the video.

If you’re not doing that, then don’t be surprised when no-one is showing up.

People accept that on Facebook, if you have 100 friends, then 10 likes for a post is good. But they’re shocked that their video only has 10 views on YouTube when they 100 subscribers.

Many people are also put off because the suggested videos are often from your competition, and don’t want to give them a platform to their own audience. But there are ways around this. 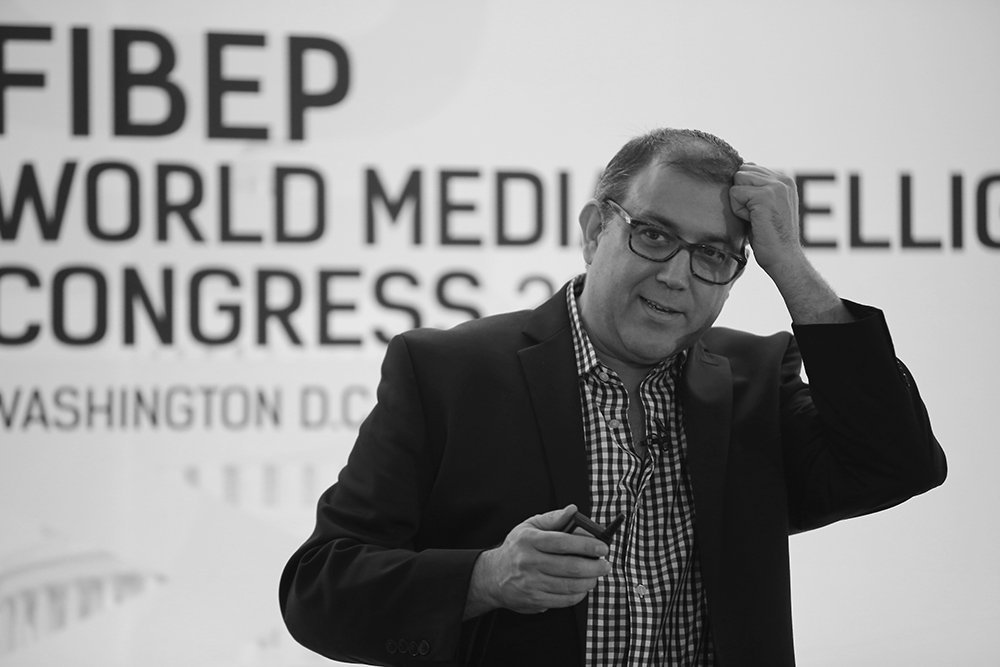 When embedding a video, you can remove the suggested videos from the end of the video.

Or you can make use of the end screen tool on YouTube, which allows you to promote your other videos for 20 seconds at the end.

But if you’re doing a good job with YouTube, your own videos will be the ones appearing as suggestions. And you want to be there as that is where the majority of YouTube traffic comes from.

If you opt to upload the same video to Facebook, ensure that you captions. 85% of Facebook video views are muted. And in general, users tend to watch a video for a shorter amount of time. So perhaps consider a cut version.

Plus, videos on Facebook only work for a few days before they no longer appear on news feeds. But with YouTube, your best videos will still work years later.

A video should only be as long as you can keep their attention. If most people are leaving within the first 15 seconds, then it’s already too long.

You need to grab their attention immediately, and then keep them interested. That way, the video can be as long as the topic needs it to be.

Don’t worry about being cool, and instead, focus on making a channel which is educational and helps people to do their jobs better. That is what it takes for people to become aware of your brand, and to make them loyal to it.

A pet peeve of Dane’s is when businesses upload a two-hour video, perhaps from a conference. The truth is, not even the people in the video are watching those videos, and the analytics for long videos like these are terrible, as people only tend to watch them for a few minutes.

When people are switching off early, YouTube’s algorithm will think people don’t want to watch your videos, and as a result, will start distributing all of your videos less.

So don’t use YouTube as a content storage system, as any video that drastically isn’t working will be bad news for your channel.

It takes an overview of all the videos, and how good they are at retaining viewers. So the overall average needs to be as high as possible.

You need to make your videos as discoverable as possible. The search engine in YouTube is only a component for finding your videos.

To optimize videos for the algorithm, it is similar to what you might do for a blog post. You’ll use titles, tags, and descriptions. On YouTube, you can also use playlists, transcriptions, and thumbnails.

The best YouTubers spend a lot of time on the thumbnails as it acts as the ‘movie poster’ for the video.

And transcriptions are important as a search engine cannot crawl a video. But it can the transcription. If you’ve ever used a speech recognition tool, you’ll know how badly these can work sometimes, so you may not want YouTube to do this for you automatically.

These all help YouTube to figure out how to rank your video, but only for the first week or so. After that, a video’s ranking is based on the video watch time.

This can mean that directing people to your own website directly after a video can hurt you. It is preferable to keep them on YouTube watching more of your videos.

#5 Look Into My Eyes

The normal business owner isn’t used to looking at a camera. They want to look at someone’s eyes and instead can pretend they’re talking to an interviewer and look off camera.

This doesn’t work on YouTube. When you look at the popular YouTubers, they always look at the camera, keeping in personal and engaging.

Think of the camera as a customer, and talk to them. After all, you wouldn’t walk into a sales meeting and look over the shoulder of the person you’re trying to sell to.

And when you write your blogs and emails, you write them for that one person reading them. With a YouTube video, you’re still only talking to one person at a time.

If it helps, cut out a picture of a face and the eye, and then put the eye over the camera lens is.

If you want to start making sales with YouTube, then it needs to be an educational one. Using paid media will work, but it also isn’t the only thing you can use.

Paid media on YouTube doesn’t require you to have a channel or a presence. But it too is a different platform from organic videos as well as commercials.

You can experiment and use targeted audiences. But you should also pay attention to what others are doing too.

Most importantly, you need to still speak directly to the audience.

Many companies do videos online because they know they should. But very few actually know how to use the platform to its fullest potential. At Hey.com, Dane Golden helps people to get 100% value from.

You can read Dane’s blog post How To Decide When It’s Time To Give Up On YouTube For #B2B Marketing where he talks about everything discussed in today’s podcast in more detail.