At this time of year, we all look at New Year’s resolutions, and goal setting. And I’m going to talk about business goals instead of personal ones, so get ready.

I personally I don’t care if you want to keep fit, get fit, lose 20 pounds, diet, whatever it is because we all know that all of those, whether you are going to stop smoking, all that are personal goals you will set for yourself.

It’s not going to last long because you think you need to do them because they are what everyone talks about. And there’s a pressure about diet. There’s all sort of things on social media, Pinterest, TV. Just forget about those, or do them if you like. Go for it.

But why would you want to start on January of 1st? Why couldn’t you start it October the 23rd?

Yeah. If you really wanted to do it, just do it. Do it today. Start today. Well maybe tomorrow after the holidays because you have leftovers to finish. By the way I love leftover turkey. If anyone doesn’t want it, send it in, I’ll give you the address later. 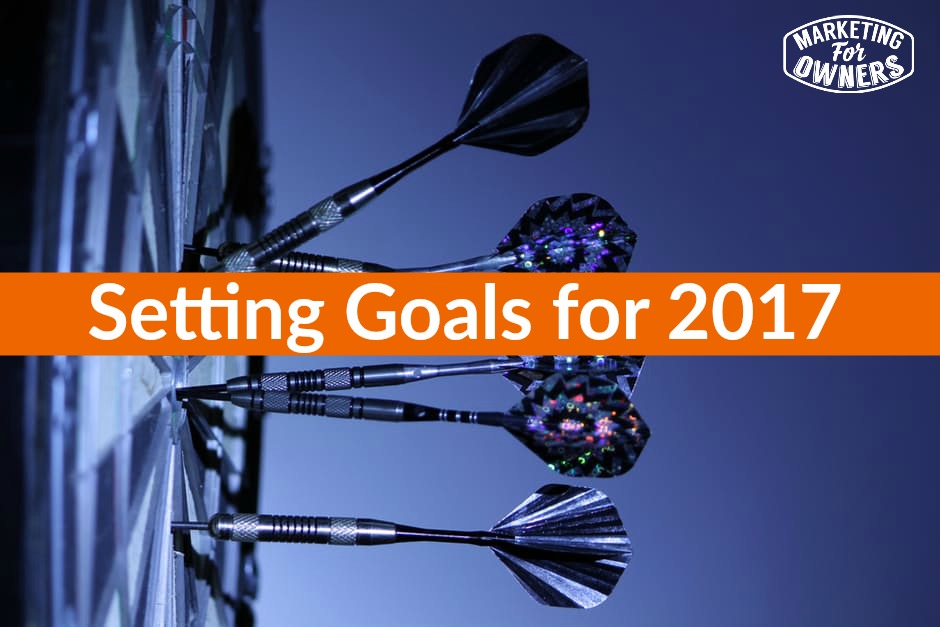 So in this goal setting, I am talking about your business. At this time of year, if you sign up to lists, everybody will be promoting a goal setting course. You do not need a course. You just need to set some realistic goals for yourself.

They have goals. They have business goals, they quite often have personal goals, and the most common thing about them, not only do they have them, they write them down.

Give Your Goals a Deadline

They do that, they then review their goals and they check that they’ve achieved them, because they will achieve them, or they’ll get close. And then they’ll set some more. And it goes on.

Jack Welch, famous ran G.E, General Electric for 20 years. Became, I think it was pretty much the largest company in the world during his reign. He only ever set 3 long term goals during those 20 years. And all the other goals were 90 days.

People have many different ways of doing it. And I’ve adjusted over the years. I have lifetime goals. Those are not likely to change.

And they do not involve specific amounts of money or things like that. But as an example, so I am going to live until I am 98. Don’t ask me why, I just will. And so that is a longtime. At the time of recording, it’s another 47 years.

A lot of people are not even fortunate enough to live that long in one go. So I am going to make the most of it. I am not as driven as some because I like to take things easy.

I believe it’s known as being lazy. But you might think he like to take things easy. But I have my lifetime goals. And they are personal to me and they are 5.

Then after that I have 3 year goals. And that’s what I’m probably pretty much aiming for at the moment.

Now those, I’m not that fussed of whether I get there in 3 years, or 5 years or 4 years or whatever. It’s not that important. But I need to know where I’m aiming at.

And don’t forget I’ve got multiple businesses so I have different ones, it has to vary. But there are a couple of personal ones thrown in there. And by the way I have 5. I don’t really do more than that because why, a lot of them lead to each other.

But then I have one year. And this is where we get more serious. In one year I will set goals, and then break it down into, to get to the one year I reverse engineer that to see where I need to be in 3 months, 90 days. And that’s what we work on.

So right now with my team in the fire safety business was talking in the marketing department, talking to Jake just this morning about setting the goals for January to March.

Our financial year is January to December. It makes sense, that’s the first quarter. We don’t talk about the rest, we know what we are doing over the year, but we are just setting specifics.

And it doesn’t matter if one of those takes 2 weeks to achieve but we want those to be achieved. They will drive the company forward, onwards and up and will be building our future.

They are not things like tidying up the office, repainting the front door or getting new furniture or things like that. They are specifically driven to create new things.

In the marketing one, we’ve set ours as well, they may include how many speeches I give, how many webinars I do, how many other things I do, and how many new clients we get. Things like that.

Now once we’ve set those goals, we reverse engineer again, through those 3 months to break those into projects. That then we can set the tasks and break each project down into what it does, what it needs.

Then we can work out how long it’s going to take. Because one of those projects might not take 3 months, it might take 2 and a half weeks. Doesn’t matter. It’s achieved.

So that’s what I advise. Now it’s not too much detail, but just listen to it again.

But that’s where you are going to work, if you can try and just work on the 3 months and build. Set sensible goals.

If you want any help, remember just grab a free call with me. 30 minutes, no obligation. Nothing for sale. www.MarketingforOwners.com/freetime. Just grab that. In your calendar. Lots of people do.

Honesty I don’t bite. I am ever so nice. I’ll explain in more detail and help you set yours. You never know. Might help, you have the best year you’ve ever had. And it will have been free. 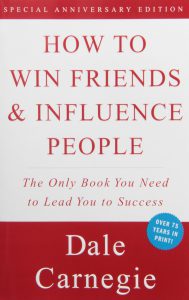 It is a Monday. And you still need a book for the week. And I am going back through the good ones. This is an all-time classic, written I believe in 1936.

It is called ‘How to Win Friends and Influence People’ by Dale Carnegie. It is still read by millions. If you look at the current version, the cover, don’t know when they designed it, it says over 15 million sold.

What more do I need to say. If you haven’t read it yet, it’s great. It will give you a whole perspective on life, business and everything. And will be in tune when you set your goals. Do them both together. I’ll speak to you tomorrow.