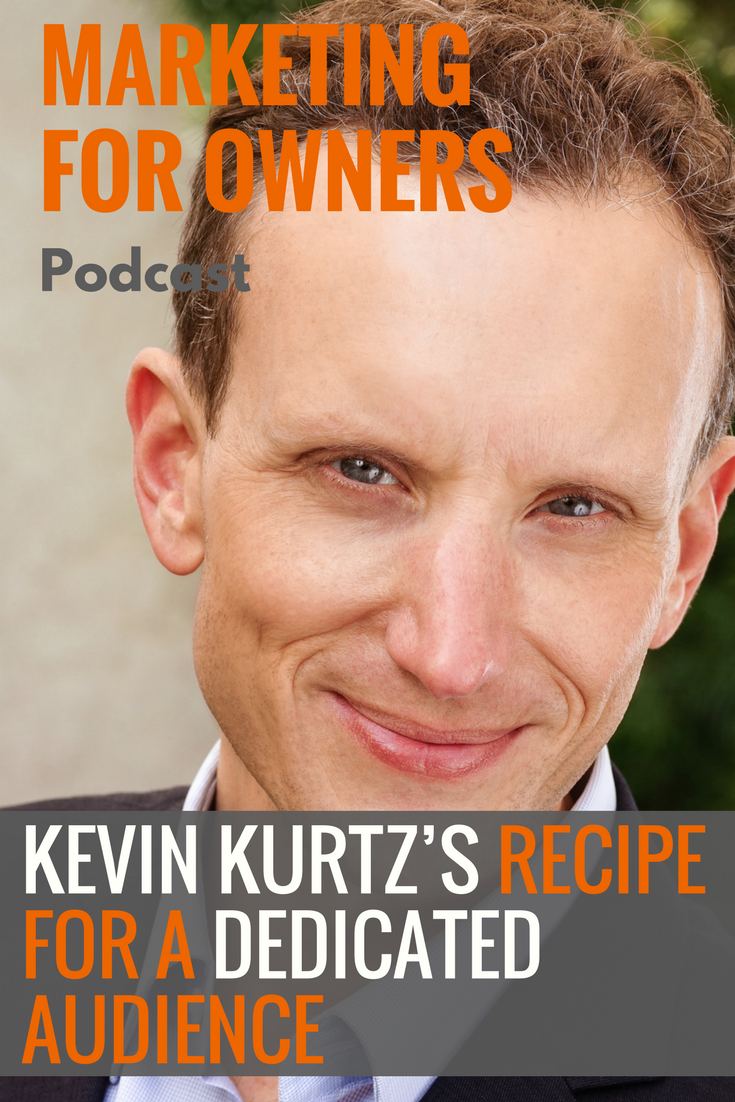 Kevin Kurtz is one-half of the husband and wife team behind Bigger Bolder Baking. Over the past few years, they have made themselves a name as the place to go online to get new and tasty recipes, with a loyal tribe who named themselves Bold Bakers.

With his wife Gemma, who was a chef in a Michelin-star restaurant, they wanted to create something which was their own. Their dream of a cooking show transformed into a YouTube channel which now has over 1.1 million subscribers.

Before that, Kevin worked in the entertainment business, something he was always destined to do. He wanted to work for Lucasfilm, the company behind Star Wars, and he did.

That opportunity came about after taking a job in Seattle called Wizards of the Coast, working on the promotional side of their card-based games. It was his work promoting the Pokémon cards in the 90s which really ignited his career as well as his passion.

Discover the journey Kevin has taken which has seen him take on his dream jobs and enjoy phenomenal success doing so. As well as that, he shares how Bigger Bolder Baking came to be and how they have created a fan base who cannot get enough of their recipe videos.

When Kevin was a kid he loved all aspects of entertainment, including cinema, video games, and comic books. But growing up in Southern Oregon and Northern California, he wasn’t around the types of people who worked in the industry.

In fact, he didn’t really know he could work in entertainment. Although that didn’t stop him having dreams of working for Lucasfilm.

As he grew up, he took the path towards business rather than one which led to entertainment. It was at university that he discovered the business of entertainment, and everything he did was geared towards that.

Whilst producing and promoting rock concerts at university he also realized it was possible to work in entertainment.

He took a student non-profit volunteer organization, and helped it to make a profit. That was his first taste of business and entertainment.

After that, he took the job at Wizards of the Coast which at the time had a card game called Magic: The Gathering. It was, and still is, a combination of baseball cards and chess, involving strategy and card collecting, all based in a fantasy world.

He worked on the promotions side, and over time they began to license other franchises and to make similar card games based in their realities. One of which was Pokémon when it was a little-known Japanese video game.

He worked alongside Nintendo and Warner Bros to promote the Pokémon trading cards which adults and children still play with today.

Part of the promotion involved getting kids together to play the game. At the first even they were expecting around 1,000 kids. 25,000 turned up.

And from there he had the opportunity to work for Lucasfilm, helping run the Star Wars and Indiana Jones brands.

By combining his passions with the things he loves, he’s had a lot of fun and earned him a lot of experience.

After Lucasfilm, Kevin continued to work in the video game industry. And it was around six years ago, when mobile was increasingly on the rise, he knew it was the ideal opportunity to create great content and connect immediately with audiences.

Kevin had spent years building brands for other people and wanted to create something of his own. And his wife Gemma wanted to do something similar. 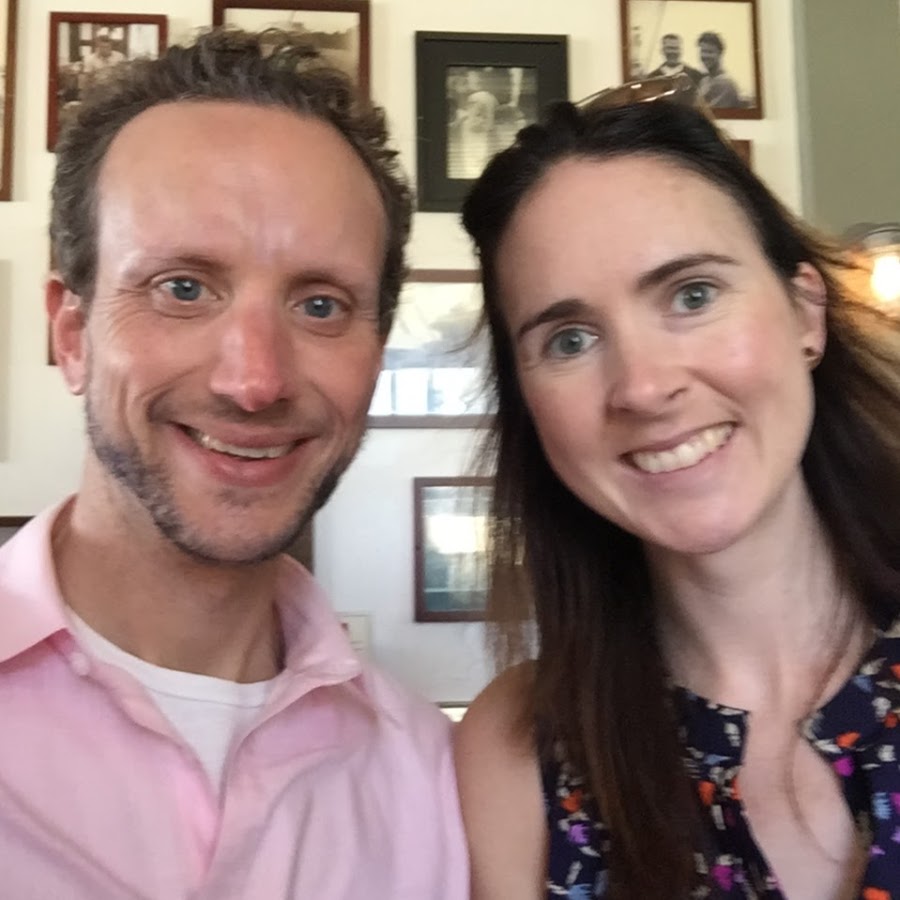 So he asked her what she would want to do every day for the rest of her life, and she chose to combine her loves of baking and teaching.

Around four years ago they began thinking and planning to pitch their idea for a TV show and shot a pilot episode. And they did it despite Gemma having no presenting experience, and Kevin have no producing experience.

They came to the realization that they didn’t want an uphill climb of spending years trying to get their show commissioned when TV isn’t necessarily the future of entertainment. Instead, they opted to release them online.

As part of her catering business, Gemma had been creating bold and over-the-top breakfasts for people working at tech companies. So it became obvious that being bold should be her brand and style.

From day one they were called Bigger Bolder Baking. And against all advice, they quit their jobs and moved from San Francisco to Santa Monica.

Kevin and Gemma never set out to create a business, but instead had wanted to create a community. And within a few months of trying and bettering themselves, they had people who started showing up to watch their videos regularly.

They learned early on the benefits of picking a day and time to always post a video, and people would always ‘tune in’ to watch the latest video.

As well as that, they answered every comment posted on their videos. People were engaging and connecting with Gemma.

It blew Kevin away, despite his previous experiences, and by being in direct connection with the audience allowed them to also be inspired by them.

The community of people who watched the videos soon started calling themselves Bold Bakers. That’s when they really knew they had a tribe of loyal followers. 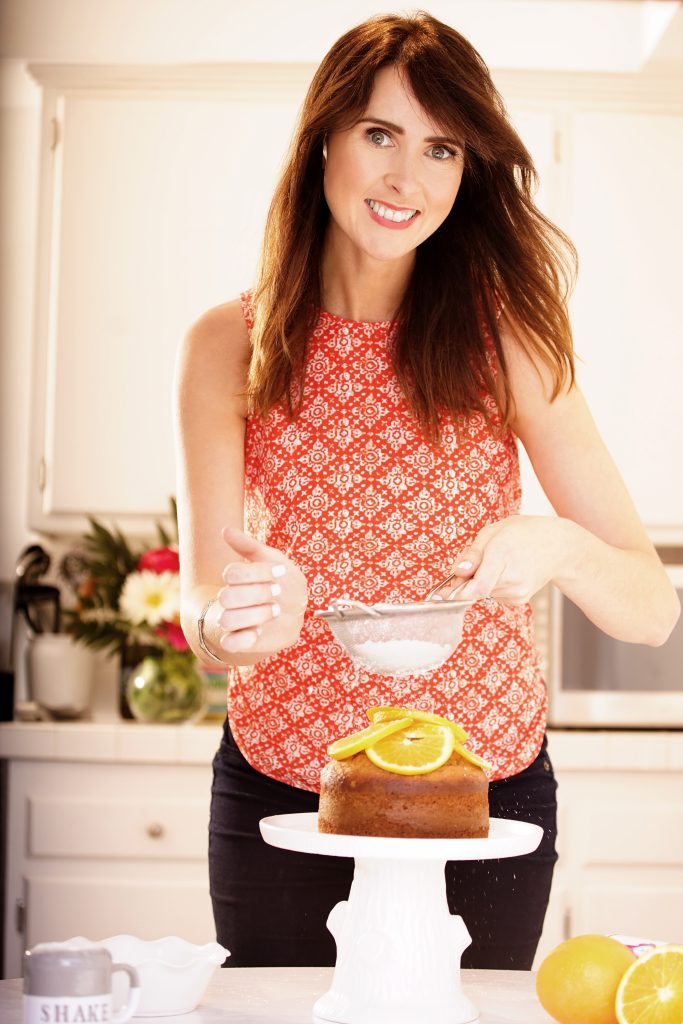 But the audience they enjoy isn’t necessarily the type of people they quite expected. Kevin initially thought they would have an older female audience. A mother with kids who is looking for something she makes for herself and her family.

Instead, their demographic is 18-34 year olds who had a passion for baking having grown up doing it. They’re now making their own ways in the world, but still want to go back to baking as a creative outlet, and to share the end results with family and friends.

What happened is that people came for the recipes, but stayed for Gemma.

Recipes such as ice cream which can be made without a machine became a viral hit. And the idea came from a question she was asked by a viewer and had to research.

They listened to their audience.

Being Big And Bold

Despite how popular baking is now, Kevin still considers it as a niche.

A lot of online cooks make food recipes. But the audience on YouTube likes to know what they’re going to get. And someone who watched a video about baking a cake may not want to watch the next one about boiling sprouts.

So almost everything they do at Bigger Bolder Baking is producing sweet bakes, and it allows them to really find focus.

Having said that, their videos about homemade ice cream and meals in a mug are also really popular. They stopped thinking of recipes as a commodity as that area of the market is crowded. Instead, they focus on dominating categories of recipes.

Their mug meals were not a new or original idea. However, when a professional chef is making them, they’re going to work. And these easier recipes become a gateway for many to get into baking.

It is an entry level recipe, and when people like them, they try and migrate them to trying the more complex recipes, and ultimately, sticking with Bigger Bolder Baking.

Anyone can create content and get an audience, but it is a completely different thing to create great content which draws in a big audience.

They’ve now been on YouTube for nearly three years, but it was a year before they actually had a website. Kevin was a believer that digital video was the future, but hadn’t considered that a website helps to make content easier to find.

Now their focus is sending their audience to the website, with the end goal of being the No.1 online community for baking.

As a marketer, Kevin is proud of the fact that 100% of the audience, 100% of the traffic and 100% of the views are organic, having not paid any money to acquire them.

By putting out great content, working with partners, getting the content out there and being consistent, they now have an audience full of people who are more likely to stick around.

Working with a partner can be tricky. And even after a few years, they’re still learning how to.

Kevin and Gemma have done it by respecting and playing off their individual strengths, both in business and in their personal lives. The key is to also make time for those individual relationships, rather than allowing it to all blur into one.

At Bigger Bolder Baking they’re still in growth mode and scaling the business. The base of their business is being consistent, and they now produce two videos a week.

Shooting can take an entire day, and sometimes that can be just for one video. But before it gets to that, they have to come up with the recipes and plan it advance to be prepared.

The process also includes editing and uploading the videos, adding the tags, annotations, and subtitles, building the post for the website and also sharing on other platforms.

Kevin admits that they probably work too much, and they need to get smarter to scale and grow the business. And part of the process involves finding the right people to hire, which he can trust and delegate tasks to.

When he worked with brands, he expected a high standard from himself, and now that bar has been set high.

If you fancy trying your hand at baking, then check out Bigger Bolder Baking. Whether you’re a complete beginner or a keen baker, you’re bound to find a recipe you’ll want to attempt. There’s a reason why they have over 1.1 million YouTube subscribers.

You’ll also see just how fantastic their videos are, and if you’re looking to start producing videos in your business, you can’t go wrong by emulating what they do.