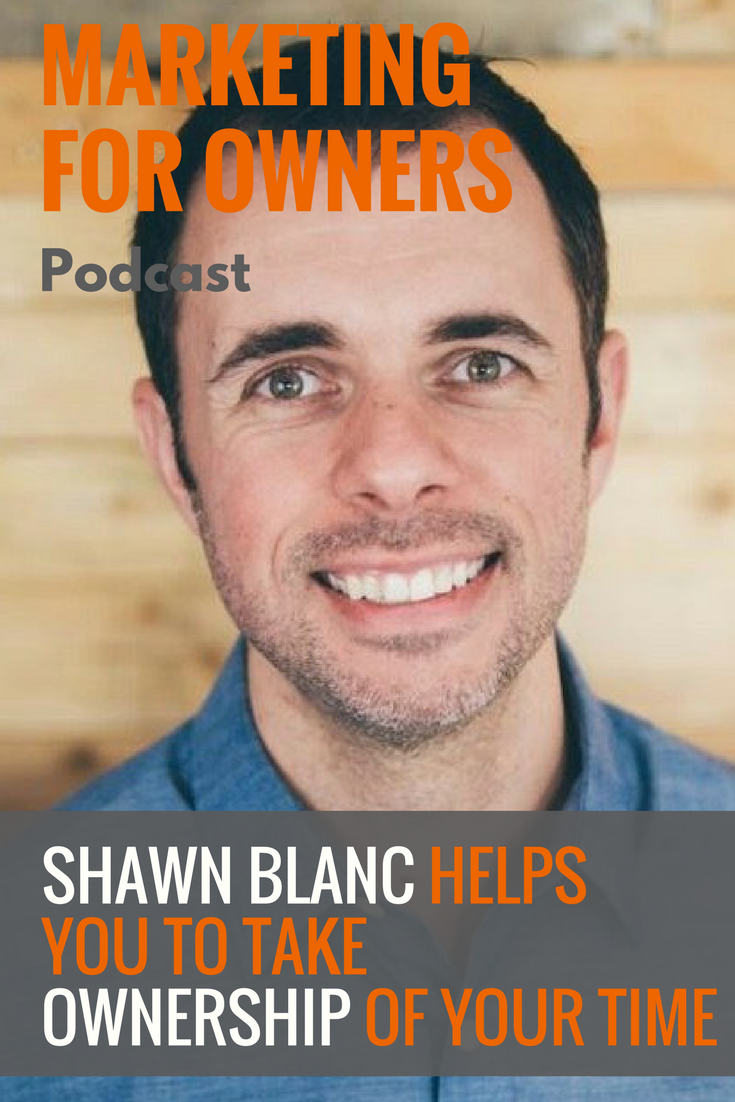 When Shawn Blanc’s wife was pregnant with their first child, he decided it was time to quit his job and start up his own business.

He wanted to lead by example and allow his children the freedom to try new things and to take risks.

Six years later and he has multiple businesses to his name, and is the person many people choose to listen to in order to better manage their time and focus.

Around 16 years ago, when Shawn moved from Denver, California, to Kansas City, he became the marketing director for a large ministry. It was a pastor who originally taught him about time management and then he began to implement the stuff he heard.

As a college student he couldn’t even manage to attend noon classes on time due to oversleeping, and now he really cares about spending his time well. He shared those lessons with his marketing team, he wrote a blog on the subject and has now built a business around it.
[player]

How did Shawn turn his blog into a business? And how can he help you to better manage your time in order to focus on what’s most important to you? He shares with us those answers and more.

Going In The Right Direction

With a baby coming soon and his mindset altered, Shawn quit his marketing job and leaped into his blog full time over 15 years ago. Up until that point, it had been making a little money. Since then, it’s grown and now he has several websites with online courses and classes.

He’s always been a driven person and motivated to do the things he wanted. But the baby motivated him to make the decision to change, and otherwise, it might not have happened.

The need to pay the bills from the blog luckily didn’t make him nervous, as he knew that if it did crash and burn, he could find another marketing job.

It was also helped by not having any debts with financial obligations. With money saved up in the bank, it meant he wasn’t too stressed and could focus on the task at hand.

When he first started, he was blogging about gadgets, with software and product reviews. One article he wrote was about the clicking noise keyboards make. He chose to write on these topics because there were already a large number of blogs about productivity. 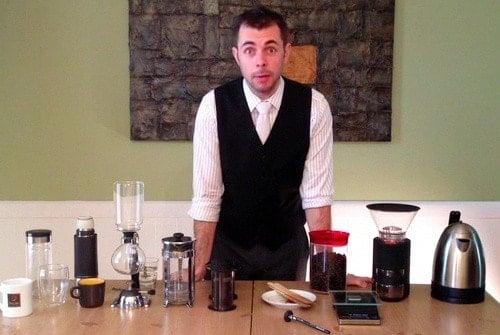 Now he writes about focus and productivity and helping people with those things in their own lives, whilst also letting people know about the products he has to offer.

About two years ago, Shawn decided to actually write a book on productivity. Despite the multitude of books and blogs which already existed, he wanted to teach people and had something to offer.

He got over the fear which had stopped him previously that people would not be interested in what he had to say because content already existed. He realized that he would be teaching people from his own perspective on the topic.

That alone makes it unique and interesting.

Often it is also the storyline you tell which makes it powerful. The why and how he got into was different to everyone else. After all, I don’t suppose many people were taught about the benefits of time management from a pastor whilst working as a marketing director.

As he was going through his own book, he was buying other books around goal setting and time management. He read them all, but they didn’t impact him.

That’s when he recognized that people who would like his book would share it with their friends. But it was likely that many wouldn’t actually take the ideas and apply them in their own lives to make changes.

The point of the book was that people would apply the stuff he taught.

So he started over so people could go through a course which was action-centric, rather than just theories and ideas.

Each day there is an action or activity that you can do which will teach you an idea related to goal setting or time management. Then, if you want to know more about it, there is lots of content available on The Focus Course website.

People are either really interested in time management and want to know more, or they are resistant to it. For example, Shawn’s wife is the polar opposite when it comes to it.

Just because some people don’t like time management doesn’t mean they can’t be productive, driven and accomplished. It’s just they see it from a different mindset, that it is boring, strict and like a jail sentence.

People assume that it means you have to be grown up and only do the things which are important. It’s like a budget, where people assume it restricts fun, but actually, it can liberate you.

Shawn actually schedules Netflix time for himself. He has time to do the things he values, and it makes time for him to relax, otherwise he would be working unhealthy 18 hour days.

How you spend time is also how you spend your life, and he didn’t want to let things fall through the cracks, or fall into patterns about how he spent his time due to laziness. Before, it was leading him down a path which was easy, but not in the direction he wanted to go.

And like David Allen says, you can’t manage time, you can only spend it. After all, there are just 24 hours in a day, and you won’t get any more no matter how hard you try. So Shawn prefers to think of it as time ownership.

It’s time to stop thinking that procrastination is something which happens to you. The truth is that you’re choosing or allowing it happen. And it’s contagious too. When you put off a project, you find that it’s a lot easier, and you start to put off other projects too.

Instead, you should just admit that it isn’t important, stop doing it and move on to something you do want.

And when you’re feeling overwhelmed, think about why that is and what you’re going to do about it. Don’t just accept that it comes with the job and suffer as a result. Reduce the things which cause you to feel overwhelmed.

Using terms like time management, procrastination and being overwhelmed ensure you’re on the same page. But don’t become a victim of it and allow them to become part of your story. Instead, take ownership.

You need to realize and alter you deep personal integrity before starting. Work out what your default is when you say you’re going to do something.

A prime example of this needing to change is when everyone sets goals for themselves in January. Of course, most people don’t stick to them and by February the gyms are empty again.

If this is you, then you need to adjust your bias so you have a momentum which moves you towards goals every day.

A common problem is that people try to do too much change at once. Start with something simple, such as putting your clothes out ready the evening before.

It takes just two minutes, but you’re keeping promises to yourself. And after a month, it proves that you can make a commitment and follow it through.

You can then add more and build up from there. This allows you to develop a bias towards action and it becomes your default.

Even people who hate time management have a routine. So adjust that to include something fun or encouraging which leads to personal growth.

This could simply be listening to a podcast instead of the radio in the car on your way to work. A slight shift in your routine will help you towards that goal.

The 5 Components of A Focused Life

When you choose to be intentional with your time, it is just a way of being. It means you’re doing the things which matter rather than just squandering it away.

Shawn has identified the 5 components of a focused life:

1. You start by discovering your life vision, and this becomes your ‘why’ for everything you do.

2. From that, you then identify what you want and the goals you need to set.

3. Next, you’ll need to have an action plan for how you’re going to accomplish them.

4. It’s then important to create a schedule for when you’re going to work on it and when you want to achieve it by.

5. Lastly, you need to put in place lifestyle practices in your daily routines, which are what will keep you moving forward with the things which matter. With them part of your routine, you don’t forget about it.

These steps are the result of Shawn looking back at the things he learned from that pastor.

Of course, it makes sense to start with the ‘why’ to have a clarity which will help you to set up all of the next steps. Plus it helps you to realize just how important it is, as well as those things which are not important.

With it, you can then make better decisions and it becomes easier to recognize the things you do and do not need to do.

Ultimately, it is important for the values and schedule to overlap. Don’t spend time on things which don’t matter to you.

When you go to The Focus Course website, you’ll find lots of blogs to help you get a better handle on your time.

You can also find multiple training courses to help you with whatever you’re struggling with. Plus there is The Focus Club which is a community of entrepreneurs who want to do their best work.

To make better use of your time, Shawn’s The Sweet Setup website will help you to find the best apps around, and his Tools and Toys blog is the place to go for gadget reviews and general geekery.