Now this is one of my bug bears. I have talked about this often. Let me explain where I come from. If you are not giving great customer service to your customers, to your clients then you will be losing points in their mind.

And so when something goes wrong, all those with lots of banked lovely points, they can forgive. But not when you’ve been withdrawing them.

So for instance in a hotel; if you’ve ever stayed in a posh hotel, if you’ve been to a conference or something like that, and you’ve stayed in a really nice one, Raddison, or a Hyatt or Marriot or you know something beyond the normal travel lodge type of thing, then you’ll find that service is great. 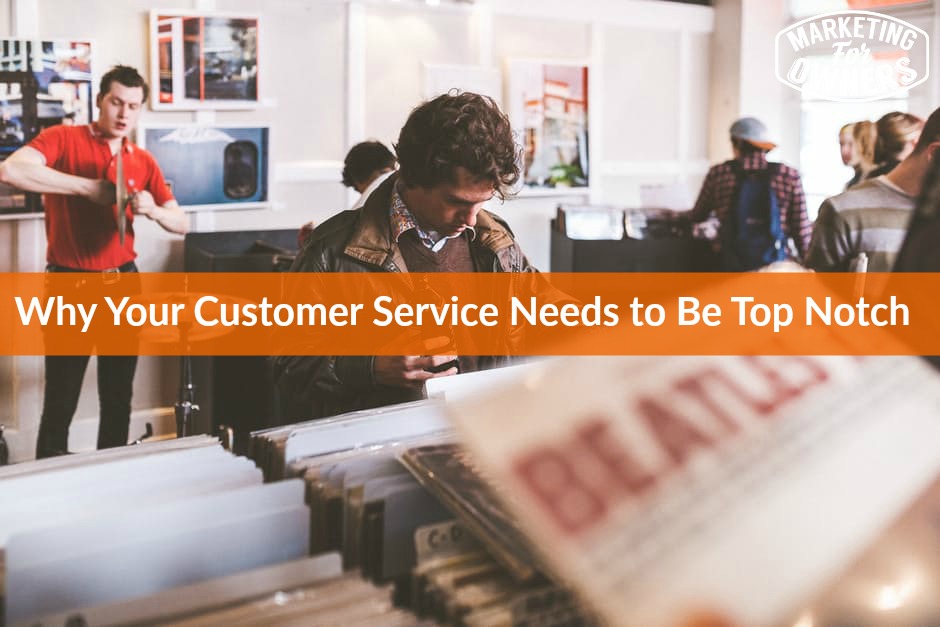 However then you go to a bed and breakfast or something like that, or a hotel where you get bad service and you are much more likely to get it in a smaller one.

Then it’s very noticeable. And in fact to the point that staying in a posh hotel, it’s part of the enjoyment, it’s the quality of the service, the fact that is nothing is too much for people, for them.

Use This Idea in Your Business

There is nothing nothing wrong with the people in the cheaper hotel. It’s just the systems and the training. They have not had systems and training of the same level.

In banking,  I use first Direct in the UK. And there’s a telephone bank, if you use them on the phone, they are amazing. Again nothing too much — you can ring them in the middle of night, Christmas day, anytime. And they are lovely. And they chat to you like a friend would.

However you speak to some other banks on the telephone service, in fact even HSBC, the own’s first direct, and it’s awful.

And I just think why on earth are they doing that? You know, banks are huge, they got millions.

Personally I’d go and head hunt the person that does the training and sets up the first direct one, and go and get them to train people correctly.

Because they are just people, they have been trained, they are not angels. They are not magical mystical beings.

It’s the Same With Your Staff

And it’s the same with your staff. It’s the way they’re trained. And it is how much you allow them to do and it’s trust.

Now one of the most famous companies in the UK, for poor customer service is Ryan Air. Now they are a budget low cost airline.

And first of all let me state they are probably the most successful, the most profitable airline in Europe. So Michael O’Leary can perfectly well say it works. Who are you to complain? And in fact he has very often.

But about 3 years ago, and I wrote this down. I read this in an article because I’ve been saying this for years.

I’ve said, ‘Why do they have to be mean on purpose? Why can’t they actually just be nice, and have cheap flights? What does it costs to be nice?’ And that was years ago.

They’ve changed their tune. And I read an article recently that said, they have changed to being nice. And Michael O’Leary has said, “If I’d have known what being nice can do for business, I would have done it years ago.”

But even the reporter says he quips. Because you know he’s been sarcastic about it.

But yes, if you are wonderful to your customers, customers will like dealing with you. And that’s quite important. Yes. It is. And all it takes is training and some effective delegation.

Now last month, I spent in January, I was talking mostly based on the why. I said it often, you need the why.

Now the Ritz Carlton Hotels, go back to hotels. They have a system whereby any employee is empowered to give up $2000 worth of anything.

You know refund, compensation, another service, a limo or whatever it is. When a customer is not happy.

And you are going to say, ‘What? No way.’ well then contact them and ask how many of those employees have given $2000 away? None. It doesn’t happen.

Because it’s in the company culture. Because, it’s not because they are scared to. It’s because they don’t need to. But that’s the whole culture, the culture is such that they are prepared to give that much away. Because they will be so disappointed.

They Understand the Why

Not like us and them, not like management and staff. There are trusted. And I would just love for you to think that if you have a team, if you have an outsource person, if you have staff, if you have, no matter what it is, trust them.

They are just the same as you. You might say no way. They are horrible.

So another example — we do Fire Extinguisher maintenance. And I used to run a company called Triangle Fire with maintenance engineers.

And I used to do it myself, many years ago. This was started from scratch. And when you have all the calls, you have all the jobs for the month of February, and if you can fit another one in at the end of the day, you’ll pop it and you will go and pass, you’ll just pop in.

You probably didn’t know when you are coming so you couldn’t have run them in advance. In fact we did on mobile phones.

If it will be later in the day, so if not, it will be the next day. You could have done that, but isn’t it easier, just to pop in?

so one of the reasons why we started our maintenance service from scratch, from absolutely scratch with no customers, and not going back to existing customers or anything like that at fire protection online, was because we get our engineers, and we actually when someone orders it, we phone them.

And tell the company, the customer, we set their expectations and we get the engineers to phone and tell them. And when they don’t make it, and when they get stuck in another job, we get them.

We ask them, if they wouldn’t mind phoning to tell the customer. They are unlikely to get there today. So don’t wait in. imagine if plumbers and electricians and everyone did that.

Just think what that will do. Your customer service needs to be great. And for that you need to trust your staff to be able to give it. And you need to train them, and show them how it is done. 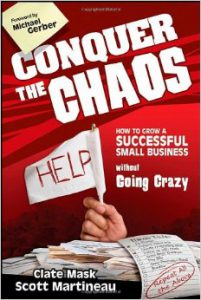 Today’s book for the week is a goodie. A great one. It’s called “Conquering the Chaos”. It is by “Michael Gerber”.

Tells you how they got the company going and how it all works. And they now are a, a nine figure business doing well over a hundred million, heading towards a billion dollar valuation. And it goes back to when they started. What’s not to like?

I’ll be back tomorrow with another great tip for you.