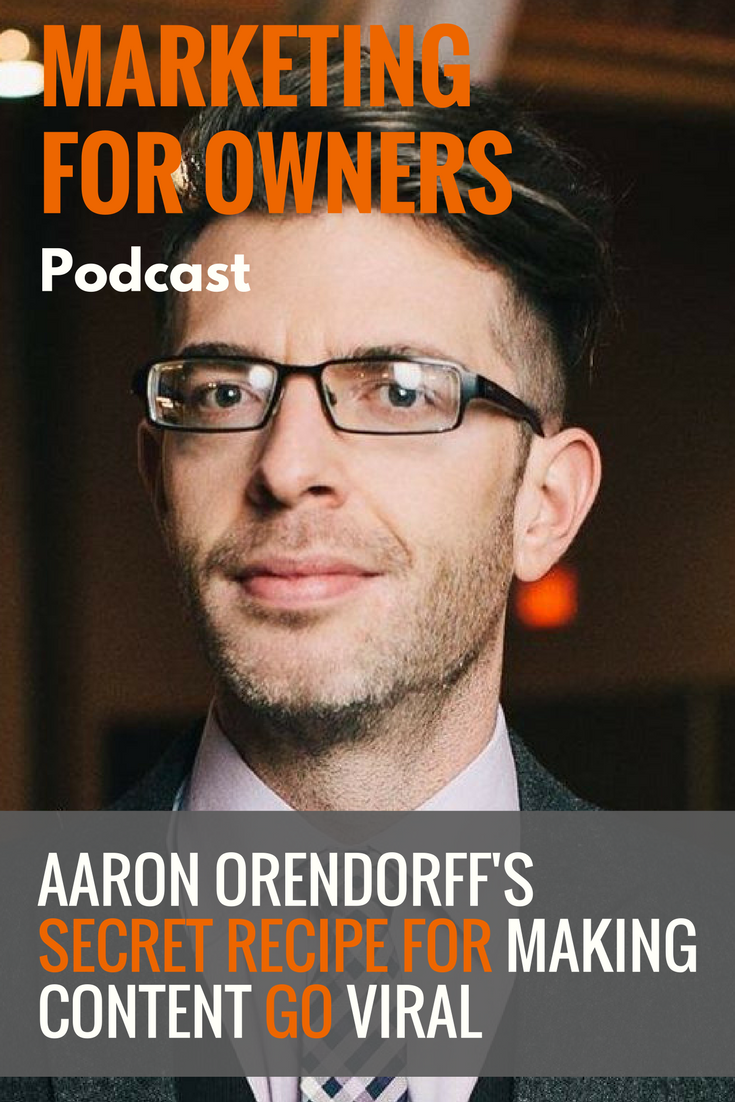 Although Aaron Orendorff is now one of the top copywriters in the world, he actually used to work full-time in a ministry as a Pastor and even has a Masters of Divinity.

And that is where he gained his experience in communicating with real-life humans and in public speaking.

He’s never been one to shy away from public speaking, and whilst at high school, he gave a dramatic Vice President Candidate speech. It’s how he first discovered the power of the spoken word, and it won him the election.

He has learned that the key is to write the way you talk, using questions and pauses to make content feel unique to your voice.
Line breaks and shorts sentences are powerful.

When people write badly, it comes from to trying to write using a different voice. And Aaron is going to share with us the techniques he uses in his own content at iconiContent, as well as for his clients.

You’ll soon be producing content which is not only far better but is also actually being read and shared by your customers and competitors.

Use Your Skills Wisely

Up until recently, Aaron had been teaching full-time, but soon it became too much having two full-time jobs. He was teaching at a community college whilst producing content. 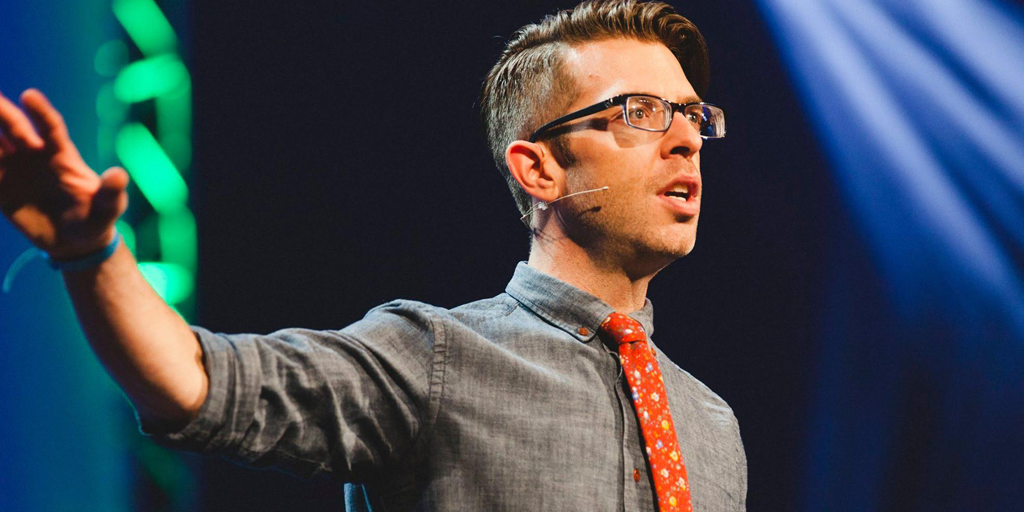 Although, he couldn’t give it up completely and still teaches his students about communication, writing and public speaking part time. But his love of teaching is why content marketing is perfect for him.

But around four years ago he had to resign from a job as, when life circumstances came together and he responded by being resentful, he built what was effectively a bomb of resentment. And unsurprisingly, it went off.

Love and necessity are the mothers of invention however, and he took his skills and went for what he wanted to do. And around three years ago, iconiConent was born.

He recently learned a lot after rereading Joseph Sugarman’s book Advertising Secrets of the Written Word. Aaron noticed how he uses short, slippery sentence as an easy way into what he’s saying, in a way which is hard to reject.

And every section and chapter finished with a tease of what is coming up next, mirroring what he does in speech, and making it resemble the natural flow of conversations. It then means you just carry on reading your way through whatever he writes.

One of the core values which Aaron uses in every piece of content he produces is being based around the idea of what hell he is going to save people from, and the heaven you’re going to deliver them unto.

That’s something you have to do with any piece of content, whether you’re producing blogs, videos, infographics, emails, podcasts, or sales pages.

The starting point is to know the pain which is in someone’s life and what they’re struggling with. The hell is what they’re currently experiencing and you have statistics and stories which go along with that idea.

Then you need to know what the heaven is which they’ll have at the end for your call to action.

In between, engagement is forced through the emotions. That requires you to write with feeling, which the person on the other side of the content is feeling.

Outside of paid advertising, content is how you’re going to get discovered. The traffic and leads which Google sends your way often go to the content.

And when you help and entertain people, you make yourself look good and they like you before you’ve even spoken to them about business.

Creating value for your audience – for free – creates goodwill, which is a powerful force in any relationship. And that’s what word of mouth, referrals and audience-created content all does.

Once you’ve been found and have built a good relationship, you are ready to make the sale.

Getting people on a list is great for that. But don’t just simply ask people to sign up for emails as no-one wakes up in the morning wanting to submit their details to you. Instead, you offer them something which they want.

Aaron has had phenomenal success with a simple two-line submission form which says: “Do you like what you’re reading? Grab your easy PDF copy of these dos and don’ts now and save it for later.”

And you can also get people in by discovering what your audiences are talking about at the moment. You can do this by checking out Google Trends, as well as seeing what conversations your followers and competitors followers are having. If you can, find a way of making content about it which is also about the business.

People often just produce endless content and will churn out stuff which is just about them.

Instead, it should be flipped. And you ask yourself the questions about the pain, the problem and the hell it causes. Then you solve that problem without an explicit sales pitch.

In the world of content marketing, quality over quantity is a big debate at the moment, as is frequency vs depth and long vs short.
The best approach which Aaron uses himself is repurposing content.

You should never fear repeating yourself online because there is much noise that no-one is going to notice.

Take a cornerstone article with a few thousand words and plenty of pictures, and you rally your efforts around it for a few months, until you create the next piece of cornerstone content.

Cut it up and get parts of it published on other websites with backlinks to the original. Pull quotes from it and create shareable images to post on social media. You could do a Facebook live answering questions based on the topic.

Do more with less.

To create such content, you can’t do it alone. It could be that you create content which includes resources from other people, including your competition.

Even if all you’re doing is linking to other people’s resources, what you’re saying is that you’re here to help your audience. People will sniff that out because you notice that when you read an article.

By highlighting others, you’re not only creating goodwill by helping people, but also trust and karma. You’re showing who you are.

With other people involved, it can go bigger as you have more people linking to it and sharing it, taking some of the burdens of you. And from that, you become the trusted resource.

Or when you elicit the experts in your field, it gives your content a huge stamp of approval. Not only are you showing trust, but they have an even bigger incentive to link to you, and you soon have a whole army of promoters.

And when you approach micro influencers, they’re not inundated with requests like the big names. You’re stroking their ego.
They’ll then be in a far better position to help you build some great content.

It also helps to differentiate you as the industry leader.

When you’re pitching to influencers, you have a far better chance of success by making the email personal and the request simple. It can be as simple as asking them whether the link in your article is the right one.

The emails which Aaron replies to are those who say who they are, what they’re doing, and have a question that they’d like him to answer.

The emails he doesn’t reply to often end up in his folder of bad emails. They’re people who reach out to him but send emails which are long, vague and unspecific in what they want. Don’t be afraid to actually ask a question of them.

If you send an email which doesn’t get a response, don’t be hurt by it. And when you send a follow-up, act like they never got your first email. Saying you’ve already emailed them can come across as insulting, so just let them off the hook.

To find out more about what Aaron does and how you can become a better content producer yourself, you can simply Google ‘Top Copywriter’ and he should be the top result. Plus, his has written articles which can be found all over the internet.

Or, you can visit the iconiContent website where you can discover more about him, and read his blog posts which are all full of valuable knowledge.