A lot of people use the marketing funnel, as an example of how to market. So that you would bring people in, at the top of the funnel. Imagine a funnel shape with your lowest price or free products, then you sell them something.

You move them further down the funnel and you begin selling them something more expensive until you get to your top one at the end of the funnel. My problem is there’s a hole at the bottom of that funnel and people fall out.

Now, what happens when they’re finished? John Jentz of Dr. Martin has an excellent version called “The Marketing Out of Glass”. So, its like a set of two funnels one on top of each other. So, again they come in, in a normal way, but when they are finished, they funnel out again and you still get to do things.

But again, they fall off the end. I prefer you think of all the customers out there as in the low universe. Now, there outside of your universe, you are the sun which means that you are the very center. You want to pull them in, but there are many orbits to go through.

If you can visualize just the thought of you in the middle and rings around you for a minute. At the edge of that solar system if you will, is where they get to know you. Now, that’s going to involve social media.  You might want to send out a press release. Maybe something that a partnership deal.

It’s a first touch to your customer and then, after that, people are going zoom zoom zoom and then you will have asteroids popping up all over the place. But then on the outside, they’ve just got to know you.

Now the ring below that, will be the lower orbit. This would be where they get to like you. So, once they got to know you, you’re going to contact them. Again social  media, etc, will need to be utilized here. Touch points where ever you can. 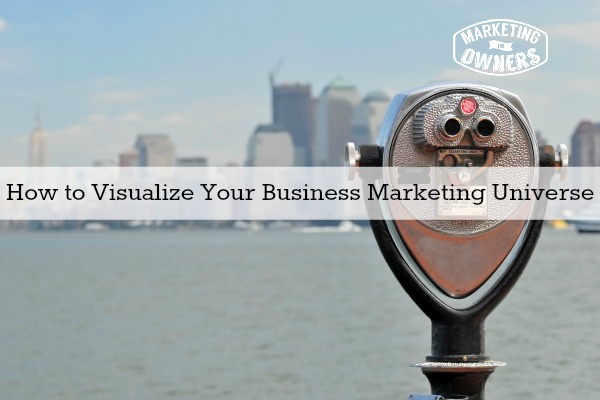 Every step of your marketing, once that person has the very first touch point with you, brings him closer and closer and closer, on a closer orbit. But remember, as someone pointed out to me, that in an orbit, they don’t fall out. You’ve got to make them jump into the nearer one. So, you have to build on this.

They are in, but there in the circle. There is no escaping at that point. There are in your gravitational pull. They can get out, but they don’t want to. They enjoy it. That is the way. When someone becomes a customer, do not let them fall out the other end. Do not force them.

So, if you imagine in Star Wars, they had tractor beams. They wouldn’t waste time in all of that. They just stick a tractor beam on it. But if you’ve ever been in a spaceship and a tractor beam, you know that you’re fighting to get away.You’re being pulled in. Now this might tractor beam analogy would work for groupon.

I don’t care who you are. They’ve no interest in you. They didn’t like you. They didn’t trust you. They’re not coming back. They’re on a tractor beam. Straight in just to get your offer. Once they’ve had that, once they escape the tractor beam, they’re off. They’re permanently trying to escape like Luke Skywalker.

They’ll tell all their friends to come and join them. Your group of friends, your best friends will increase. It will expand but they’ll stay there forever. They’re not going anywhere. 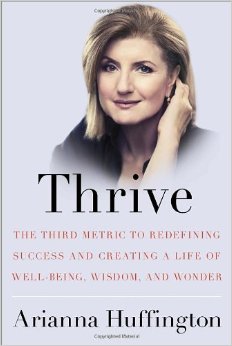 This week, I want you to read from someone inspiring. The book is called Thrive and it is by Arianna Huffington. Yes, the name sounds familiar. Yes, that is Arianna Huffington of Huffington post. She started it. She sold it to AOL for something like a $189 million dollars, or so.

She still works there. She is fantastic. But what she explains, is she worked herself almost to death. She collapsed. She passed out. She hit something. She had to rethink her life and reconsider everything and get back to enjoying working, instead of killing herself. She wanted to learn how to enjoy her family.

She is an inspiration. The book is fabulous. Seriously, I don’t care if your a man, or woman. It is fabulous. Go listen to Arianna, you’ll learn a lot. And this is what we teach. It’s time.

You want more time for your family. You want to make your life easier. Do not kill yourself working. Do not take work home. Spend time with your family. Marketing for Owners, it’s what where all about. Making more profits for less work.