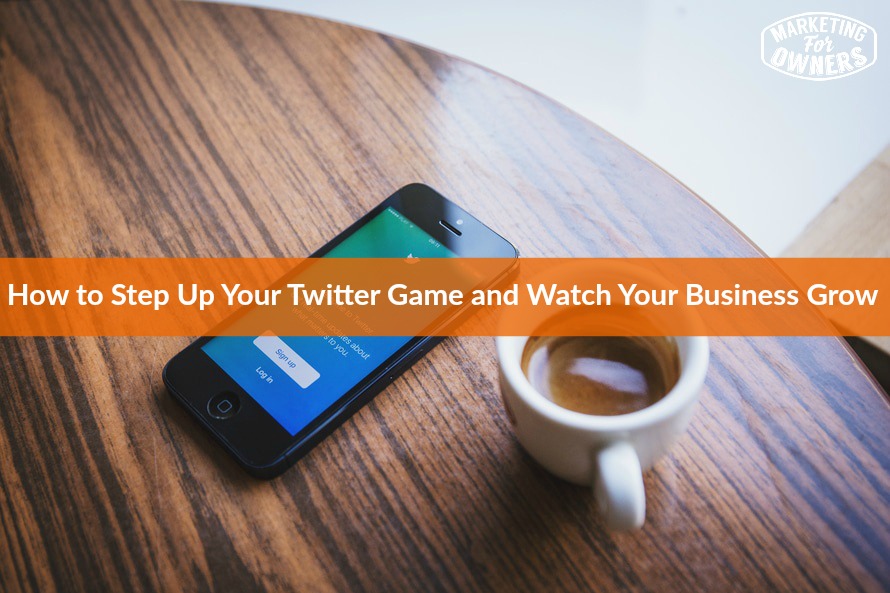 Here in the age of social media, if you haven’t changed the way you interact with your customers, your business plan could be in for some trouble.

Twitter alone has altered the way businesses and consumers behave online to such an extent that if you ignore it, you might as well be ignoring branding or demographics.
In other words, it’s essentially mandatory today.
You probably already have a Twitter account for your business (if not, register for one right now), and the chances are, it’s not as successful as you’d like.
Is it possible to grow your business without Twitter? Well, it’s not impossible, but the anecdotal fact remains that a well-oiled Twitter machine can grow your business faster and more effectively than other strategies.
Now you’re saying, “I’ve heard this all before, but I still haven’t gained traction with Twitter,” so here’s some advice on how you can gain traction on Twitter right now:

If you’re still tweeting in plain text and no one seems to respond, you need to up your game. Twitter is no longer just about simple 140-character posts, it, like just about everything on the web, has become highly visual. 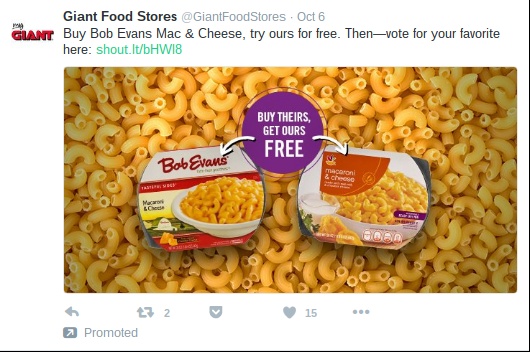 That means that, yes, you will have to start posting graphics with your tweets to catch followers’ eyes and increase the possibility of re-tweeting.
If this sounds like a ridiculously time consuming way to tweet, well, it is more time consuming. But it doesn’t have to be super time consuming, and the extra time you put into visuals will be worth it.
The quickest, easiest way to make eye-catching graphics (even if you don’t know your way around a graphics program) is Canva.
In just a couple of minutes, you can create a Twitter-worthy graphic with stylish typeface and your logo. You can find detailed Canva tutorials for free on their website, or here on ours.

I know some old-timers who think tweeting every single day sounds excessive. Not only is it not excessive, it’s not nearly enough.
Most people on Twitter follow hundreds or thousands of accounts. Your tweets are more likely to be missed by the vast majority of followers the less you post.
Think about your own Twitter feed. The tweeters who stand out the most — the ones you remember — are the ones you see in your feed consistently.
The accounts you follow that show up in your feed when you happen to be looking at it, the ones that make you go, “do I evenI follow this person?” and scroll on — that’s you if you don’t post often.
Don’t assume that your followers have more time than you do. They’re probably not going to scroll through every tweet in their feed, so if your tweet is buried, it’s buried. The only remedy for that is to keep tweeting.
Some of your tweeting can be done on the fly — a text-only witty observation while on the train is better than no tweet — but most of your tweets should be planned out.
But not too planned out. Content grows stale on Twitter faster than anything else, so if you see a great new article you think your followers would love, tweet it now, not later, when it’s already made the rounds. 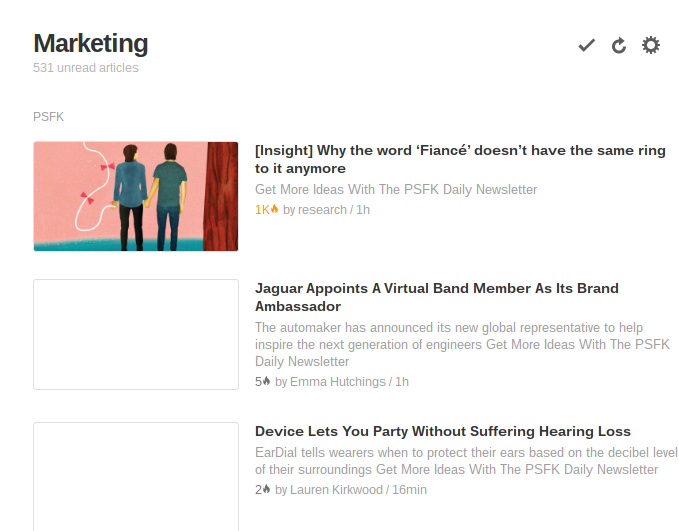 Use an RSS feed like feedly to curate content from the web, then use a social media management tool such as Hootsuite to organize and queue them for posting.
The nice thing about sharing links is that when you paste a URL into Twitter, it will automatically generate the main image connected to it. (This is also why you should always, always use at least one image or graphic in every blog post).
See a good tweet that’s relevant to your followers? Retweet it. Better yet, comment on it too.
Of course, you need to make original tweets, too. Look at the Twitter accounts of your competitors for inspiration.
If you’re at a loss for what to tweet about (it should be more than just promotional content), share an inspirational quote (in graphic form), a comic, or a relevant and timely photo.

Often when a business sets up a new Twitter account, they start following as many people as possible in the hopes that people will follow back.
This “method” will get you followers, but are they valuable followers who might purchase your product or utilize your services? Not unless you’ve targeted the right kinds of accounts.
First, clean up your connections using a tool like ManageFlitter’s Unfollow, which will quickly identify accounts that are inactive, and those you’ve followed who aren’t following you back. Unfollow all of them.

ManageFlitter also has a Follow tool, which will help you find other Twitter accounts similar to yours, and it will allow you to target the people who follow them.
So, for example, if you sell fishing gear, you can hone in on the accounts of potential customers by using the Follow tool to find nearby businesses that sell things like boating equipment, camping gear, or outdoor apparel.
It’s also a good idea to follow other businesses in your industry, not just potential customers. Every time you interact with these other businesses or business owners, not only are you effectively networking, you’re also creating increased exposure for yourself.
Which brings us to the next piece of advice:

So many business owners think that by simply tweeting out coupon codes or sale announcements a few times a week, they’re active on social media.
In short, Twitter is not all about you. Or, at least, it shouldn’t appear that it’s all about you, even when it’s a business Twitter that is openly used as a promotional tool.
First and most importantly, always keep on top of comments on your content (you can set your phone to give you alerts when someone interacts with your Twitter).
Unless and until you’re lucky enough to have a huge amount of responses, you should always reply to comments, even if it’s just a “thanks.”
This is even more important if the commenter is a customer with an issue. Consumers increasingly use social media as a customer service venue and (unfortunately) a place to vent about negative experiences with businesses.
If a commenter raises an issue with your company, respond calmly, patiently, and quickly. Offer an immediate resolution or inform them that you’ll contact them directly.
When these things happen, it’s best to look at them as opportunities to show off your amazing customer service rather than a PR nightmare.
But even dealing with commenters is just the bare minimum. You should be scrolling your Twitter feed a couple of times a day and commenting on interesting, relevant tweets, as well as retweeting anything your followers will appreciate.
Once you start interacting regularly, people will come to be familiar with you, and that’s brand recognition that’s hard to buy.

Hashtags, those little keywords that follow the # sign on Twitter, do more than punctuate your tweets. They make them public and searchable.
Since there’s such a vast volume of tweets posted at any given time, hashtags allow users to easily find conversations about specific topics, including those by people they don’t follow.
So, if you’ve got a booth at FisherCon (an event I just made up), hash tagging your tweets with #fishercon will put them in a feed with other tweets about the event. (Note: Big events often have a designated hashtag, so be sure you’re using the one that’s official).
Avoid generic hashtags like #fish. People don’t generally search like that on Twitter, making it a waste of characters. Look for the hashtags commonly used in your industry and the community that supports it.
Check the trending tags on Twitter when you visit, but resist the temptation to randomly use a trending tag for exposure. Twitter users are savvy, and they’ll see it as a cheap attempt at promotion at best (spam at worst).
Every once in awhile, a trending tag will work organically. When it does, go ahead and use it. Something like #TuesdayMotivation, for example, is an opportunity to roll with a trend. 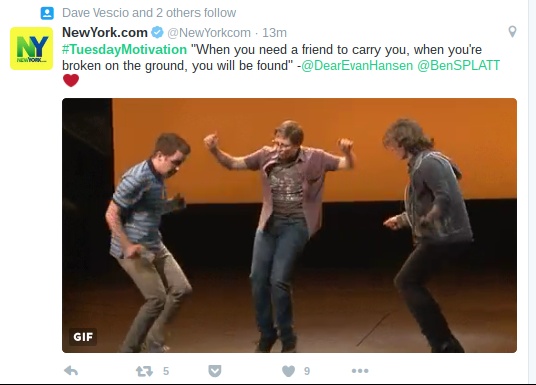 Just don’t try and force a popular tag into a tweet.
At least one hashtag should be used on every tweet, which does limit your character count further, but look at it this way: With no hashtag, you’re speaking to a group of people in a closed room; with a hashtag, you’re broadcasting it worldwide.

Start doing these things right now, and you’ll see a difference before long. Make them part of your daily routine, so they become simple tasks that don’t eat up a lot of time, and watch your business grow.
Do you have any tips for a buzzing Twitter? Share them in the comments!
[hide_from accesslevel=‘free’]

Are You Ready To Start Doubling Your Business With Half The Effort?

If you have a business, whether it’s established or brand new, wouldn’t it be great to know how to use free and low priced modern marketing methods to boost the number of customers banging on your door and dramatically increase your profits? And with no technical degree, no sales staff and just a few minutes a day.
As a member of The Owners Club, you’ll get free access to the methods I used to bootstrap my company from zero to a million dollars in its first 12 months with no sales staff (it was actually $1,002,000). And the methods I’m using today to keep growing it beyond 97,000 customers with very little effort. Best of all, it’s absolutely free.
Go here to get started
[/hide_from]