Productivity is a skill. Hello! It’s episode 157 of the Marketing For Owner’s Podcast with me, John Butt. I am your host. I’m always your host, you know that because you’ve listened to a few, haven’t you?

Anyway, let’s thank little Julia, age 10, for today’s location. I’m in Deal in Kent out in the fresh air. It’s a bit breezy, always is down here so sorry if you can hear the wind noise but hey, this is not the BBC; and Julia wanted to know if Deal Castle in Kent, in England where I live, really has canons.

And yes, for those who are watching the video, I’m now pointing, sorry for those on audio, one there and one there. That’s two canons but don’t you worry, they’ve got big red plugs in the end and if they do set them off, they’re aimed right over my head at the French.

Ha! They’re only 22 miles away. I reckon we can get them. But, we should be okay for now.

Now — let’s get back to productivity. Doesn’t it annoy you when you see people online and they are on every social media channel there?

One of the most important things to developing that skill is to know when to say no and when to not do the things that you shouldn’t be doing.

Things you shouldn’t be doing are: messing about on social media; answering emails all day long; looking at your phone to see if anyone has texted you recently, or phoned you; talking to work colleagues when you’ve got a project deadline that hasn’t…for something that hasn’t been done yet; working on other things when the items on your to-do list have not yet been ticked off.

Now, what you’ll find is with people who have developed that skill, people who appear to be productive, they concentrate, they focus. As John Lee Dumas would say –his favorite quote —  “Focus is what it is all about.”

You decide what you’re going to do, you focus and you complete one single task before you start the next one. It all makes sense. 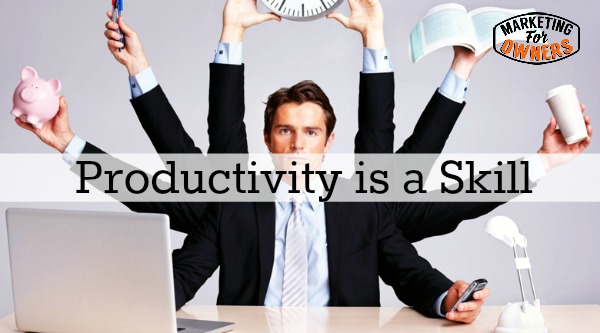 Now personally, I am quite productive but at the same time, there are lots of things that I should have done that I haven’t done yet. For example, the time I’m recording this podcast, I should’ve done it this morning and it’s the afternoon. But I was messing about doing something else that I shouldn’t have been doing.

Just not enough discipline. So anyway, so work on it. Work on cutting out things, pick a couple of things to do each day that are important, that are needle movers, that are going to make you more money or get you towards your goals, write those two on your to-do list, get up early, start working, leave your emails until say 11 o’clock and do not answer them until you’ve completed those two to-do tasks.

Cross them off and then look at the rest of the day but get stuff done and that’s what people do. Productive. Bang, bang, bang. They know what they’re doing. I’m going to work on it for the rest of my life and hopefully I’ll get better. I’ll let you know. 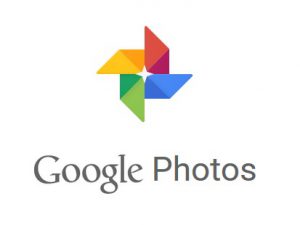 Today is a Tuesday. It’s time for a toolbox tip and we’re going to say, “Hello, Google.” Google has brought out Google Photos. Now a lot you all think, “Uh, it’s been out there for ages.” But it’s not that long.

It’s backing it up, it’s going to save this video file for free. It’s not going to take up the hard drive on my Mac, like it used to, or I have to put it on a storage device. It will go off to Dropbox and it’ll go off to Jennifer, who’s going to send it off to Harvey to edit, but the back-up copy will be on Google Photos.

It’s free, did I mention that? It’s also going to back-up all my photos as well. Just do it automatically because it will. What can I say? Go give it a go. It’ll explain what it does. I like Google.

What can you do to be more productive?