Facebook is your friend but only if you use it right. Now personally, I think the reason that Facebook comes up so often is because we are all addicted to Facebook, it’s simple, it’s like watching TV.

The reason everyone watches TV is because it’s easy, the box is stuck in a corner, all the chairs and all the sofas point at it, we sit down, we turn it on.

It’s the same with Facebook, we open up our app in a smartphone and we just scroll down and we just like tons of posts, and we occasionally comment on something.

There is a difference. But the best way to use Facebook is with Facebook ads, undoubtedly because using it without ads is a struggle.

Even Facebook will tell you pure and simple business for profit. They have shareholders, they are making a profit. 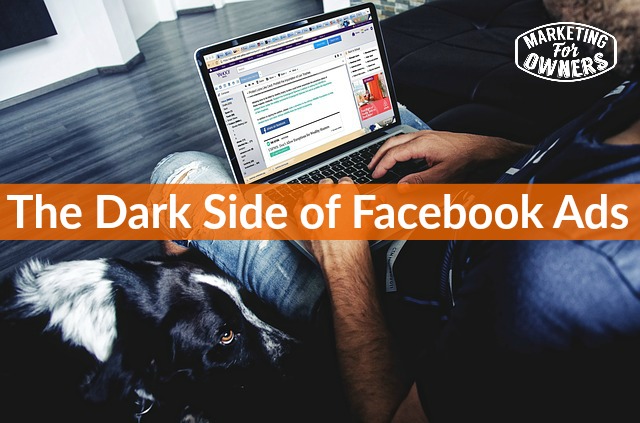 They like it and the more and more they can get people to pay for ads to use it, businesses that is, that’s what they want.

And we are in business so that includes us. Now, I wouldn’t be where I am today without Facebook ads but there is a darker side.

Don’t misunderstand me, I like it. Most amazing demographic information ever, you can target right down to a single person if you want to, via the demographics.

If you want to send a message to your better half, your wife, your husband, your girlfriend, your boyfriend whatever, you can actually target that one person with an ad.

It’s not easy and if you send a wrong message, it might be a big risk but you can and people have done it before.

Let me explain — all I want to get is if you use Facebook ads, they have terms of service. Now if you may innocently get yourself in trouble so I just want you to be aware that you have to comply with their terms of service.

Some of them may not be as obvious as you think and that’s the problem. The same as Google’s terms of service they’ll give you the general guidelines and now you have to interpret them.

If you googled something like Facebook ad banned you’ll find lots of people in this problem. Now some people deserve it and some are innocent and so this is the sort of things, in other words, how not to get banned.

So basically I recommend that you do read the Facebook terms of service and you inquire to somebody who knows what they are talking about if you are worried.

But the most basic thing, at the bottom of your ad or somewhere on the landing page where you send them to, you need a privacy policy.

It’s very simple to write a privacy policy, just look online, looks at lots of others of similar businesses, look at what they are saying and write something very similar.

Now another one — they have a twenty percent text rule, so you can’t put a lot text on an image. You can’t cover that image with more than twenty percent of writing.

They have a simple grid to test it before you put your ad in. A lot of us realized you can push the limits, sometimes, I mean I have actually put an ad in once where it wasn’t allowed because it was over twenty percent.

I put an ad in another one and it was allowed but that is pushing the limit. Some people will say try it, but if you do that over and over, Facebook records that history, and you become a bit of a time suck.

They have to manually check things and if you are a pain in the neck, you’ll get banned.

Now Facebook does not like hype so if you are in business, in the get rich quick scheme, then will get you banned.

It doesn’t like that kind of thing, and we don’t either. Most of us have seen, if you’ve been online, you’ve seen the fat loss trick where it’s a simple drawing, it says, it reduces the belly size on the drawing.

It has a gif and it says loose fat with this one simple trick. That ad has been around for a long time because it works.

Do not guarantee anything. Promises of success saying you too can be like this if you only follow this one method, no, it does not like because you cannot guarantee.

So for instance — I can teach you how to market your business online and you will be successful but I can’t tell you any degree of success and you could be more successful than me or just mildly successful, depends on how much effort you’re going to put in and how you interpret it and what you follow.

I can’t promise you anything. I can promise you if you do exactly what I tell you I can make you successful but to what degree?

I don’t know and Facebook is the same and I wouldn’t be putting that in an ad. No bait and switch and shocking images to make people think gosh I have to look at that.

If you look at a lot of blogs nowadays you’ll see things with pictures of celebrities that they say , here are the photos that they wish or the photographer didn’t know was going to happen and as a picture of a celebrity you go an click it and you go through all of the pages to find that picture you thought was going to be there isn’t even there.

The bait and switch is where you talk about one thing, you promise one thing and then when they go through it takes you to something else.

They offer more of an upsell, and Facebook like that. There are pop ups on landing pages, and a lot of us have pop ups on blogs.

I don’t by the way, but on certain sires, depends on how we use them, a lot of us when we use pop ups, pop ups are great these days and there is nothing wrong with them whatsoever.

You’re not giving them information, you’re forcing them to take an action.

Memberships, forced continuity programs which are awful by the way, the ones where it gives you a free offer, get these free offers, and then in three months you’ll get it for one month.

Then next month unless you cancel and they hope you forget to cancel, no we don’t like those and a lot of people have been caught out with those but even basic membership sites, I have a membership site, mine is free, but the paid version will fail this thing in the future.

There will be a paid version eventually but you can’t send people to membership sites. Facebook does not like it and you might say well its quite simple, it doesn’t matter.

It’s their rules, if they don’t like it, they don’t know what you’re offering inside your membership, they can’t tell and before and after pictures scenario especially in weight loss fitness etcetera, weight loss, health fitness you’ve got to be very careful.

So what you need to do in all these scenarios is take them to your blog. Your Facebook ad should not be taking them to somewhere to sell.

Build a relationship, take them somewhere, take them to your blog which is your hub for all your marketing activity and do the selling there.

Once you’ve got them there, build the relationship, capture their email, build it from there.

Just be aware. Facebook terms of service are very easy to find so be careful when you use ads. Do not be scared because they are fantastic, just don’t push the boundaries because they have a lot of customers, they don’t need everyone. 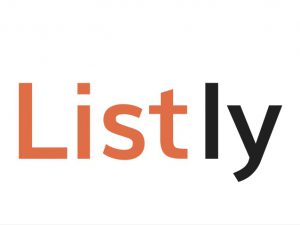 Today is Tuesday and that means it is time for a Toolbox Tip and this is a quick one. It’s a great service and it’s free.

If you want to find out anything just go on there and search for it and it comes up in a list.

If you want to find a list of free photography sites, great books to read in cooking recipes, anything and you will see people add stuff to the list and you can follow.

Go take a look and I will see you tomorrow.