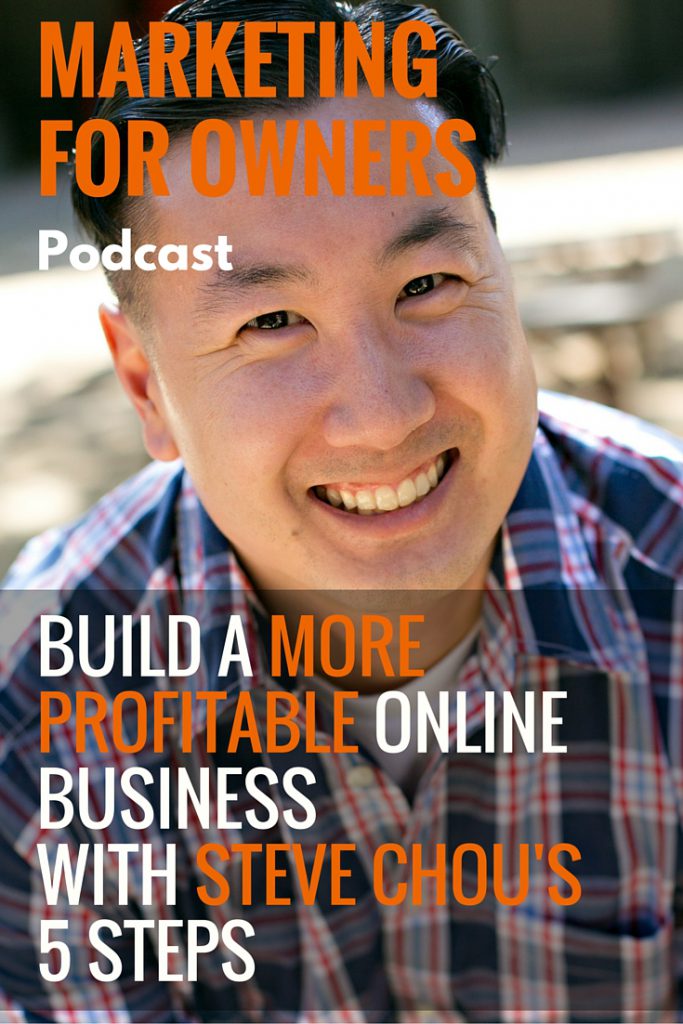 Steve Chou has set up a mini business empire, and even now, he still has a job in micro process engineering. But it all started as a result of his wife, Jennifer, becoming pregnant in 2007.

After years living out the same routine, this gave them the motivation to strive for better. And with the decision that she would quit her job to look after their child, they had to find a way of replacing her six-figure income.

That’s when they created Bumblebee Linens; an online store selling which started by selling wedding handkerchiefs.

Within a year, they had replaced her salary, and it still continues to grow today. She could stay at home looking after their child at the same time as making money.

Now Steve runs his own blog, My Wife Quit Her Job and sells an online course called ‘Create A Profitable Online Store’ (you can find that as soon as you click over to the website — it’s a great lead magnet tool!).

Plus he will soon be putting on his own conference — Seller’s Summit 2016.

You could never accuse Steve of being work shy.

And on one of his days off, he found the time to share his advice with us.

How to Build a More Profitable Online Business

Have A Support Network In Place

Being an entrepreneur can be a lonely experience. This isn’t quite the case for Steve as he is in business with his wife, but whether that’s better or worse is up for debate. After all, working for your spouse isn’t for everyone.

It can be invaluable to have a mentor who has been and done it all before. However, Steve has no one like that he particularly looks up to.

He does have people who he can turn to for advice, as an exchange of knowledge. And all together, they’re knowledgeable in all aspects of online marketing — think of them as The Avengers of the marketing world.

His greatest source of support, however, comes from people he has met at conferences. 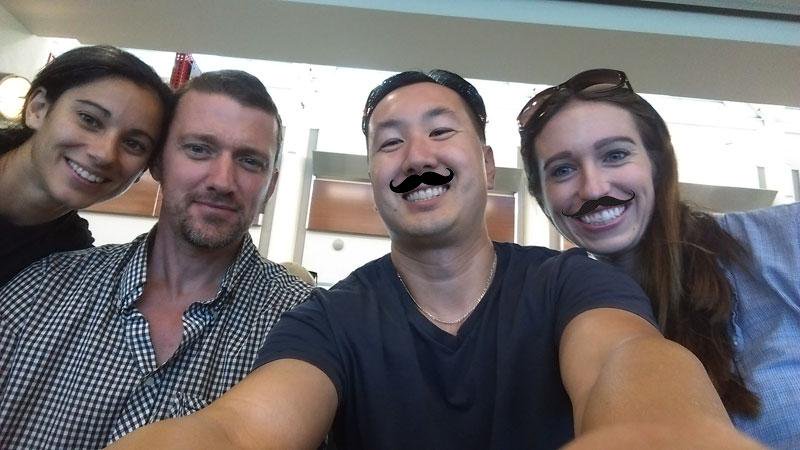 This is because they are like-minded individuals who are either an expert in their fields or are going through exactly the same experience.

He has also built up networks of people on various Skype and blogging groups. He has a group to cater for every one of his needs.

And when he needs guidance, Steve will always turn to someone in his large network of experts for help.

For Steve, one of the hardest aspects of setting up an online store was getting traffic. And this is an issue facing many people starting out.

That’s what has happened with his blog, which he titles ‘My Wife Quit Her Job’. Even though Steve may not be convinced still, it is a name which intrigues anyone who stumbles upon it. Yet, everyone instantly knows what it’s going to be about and its pretense.

It’s not exactly easy to forget, and that helps a lot as you try to get new and returning traffic.

A good blog, such as this, has a good story. It’s something which people can get behind and which hooks them. And you should run your online store in the same way.

What happened that made you want to start selling that particular service or product? This should, at least, go in the ‘About Us’ section of your website.

The idea for Bumblebee Linens came from their own wedding planning experiences. They then proved their status by saying they hand-crafted every aspect of their wedding.

And when you’re looking for someone to provide this service for your wedding, this makes you think they’re the best people for the job.

When it comes to actually placing signposts, then go where everyone is. One in five people in the world is on Facebook. So understandably, it’s a great place to advertise.

You’ll want to have a page on Facebook, and then fill it with links back to your website. Many people now use Facebook as a means of research now.

But using paid Facebook ads means you can target people you consider to be your ideal customer base. There are many different avenues you could take. 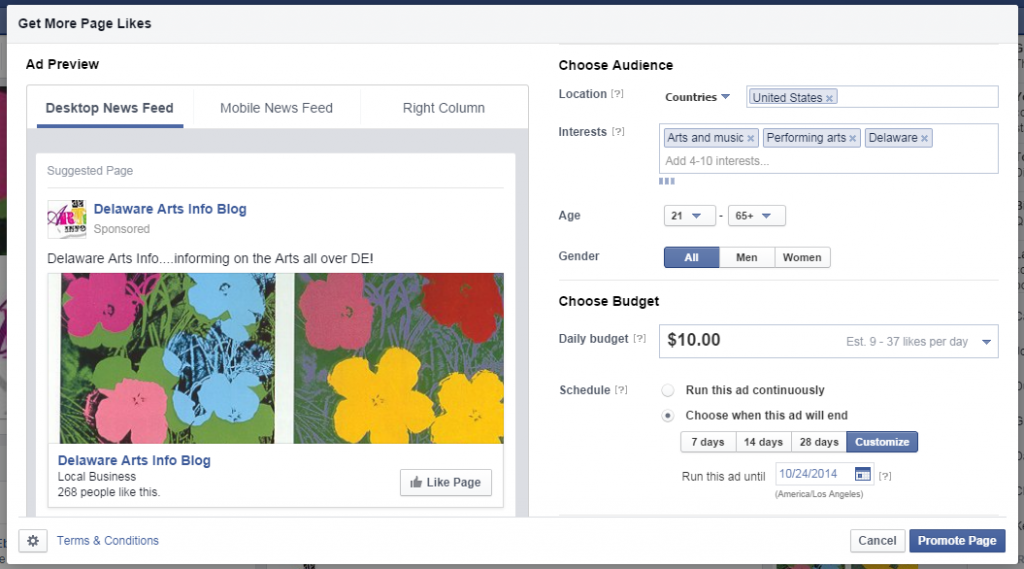 Bumblebee Linens may aim their ads at people who have expressed an interest in arts and crafts. And they may also target engaged people who are likely to be thinking about a wedding.

This is as well as pursuing those who have already expressed an interest in their website and products. When surfing the internet, we’ve all seen adverts for things we may have looked at a week ago.

This is to remind the prospective customer about the product and company.

Increase Your Revenue With Email

A lot of time and effort online also goes towards capturing the email addresses of people who visit websites. They may just simply ask for it, or it may work as an exchange.

But people then don’t do anything with them.

Email autoresponder tools are some of the most powerful and valuable in marketing. And like most people, Steve wasn’t using it to its full potential.

However, with the help of Dan Fagella, he managed to put changes in place which increased his income threefold.

He sent out a sequence of about 9 emails, and it was only in the final email that he made his sales pitch.

However, you have to do this a number of times before you convince people to part with their money.

This consists of 9 emails where he teaches the reader, and the rest telling stories which prove the worth of himself and the product.

And the great thing with email autoresponders is that they only require one-time effort. You write and design them once and then they’ll be there until the end of time if you choose.

However, if you’re going to keep them going for that long, you may want to update them from time to time. 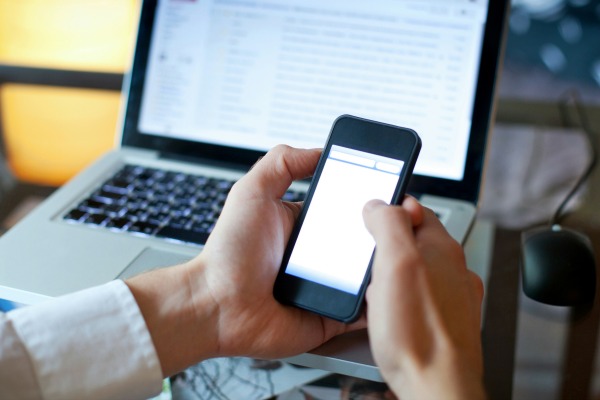 This is how Steve manages to make money from all his businesses, while still keeping a job and spending time with his family.

With an autoresponder, the emails all go to people who have given you permission to directly market to them. And they’re free to go whenever they like. But it can be difficult to get them on board initially.

Steve has found that he gets more people sign up using a single opt-in, rather than double. This is because, with the latter, the email with the activation link can get lost.

And that means they can’t sign up and then you can’t email to them. It’s an opportunity lost.

Of course, this may not be the same case for everyone, so just like many marketing strategies, it’s best to test what works for you.

But also don’t be afraid of cleaning your list. The numbers may look impressive, but there is no point if many of them are not interested. Culling people from your list who don’t want to be on it is best for everyone.

So every so often, Steve sends an email to people who don’t open his emails, simply asking whether or not they’re still interested.

And if he managed to increase his email revenue while removing people from his list, then it must work.

And With Blogging As Well

Steve also manages to make money from his blog as well. It’s something he always aimed to achieve. And in a bid to do this, he started out writing 4 or 5 posts a week.

But content marketing isn’t just about churning out new blog posts. It’s about the quality, and making each post stand out. 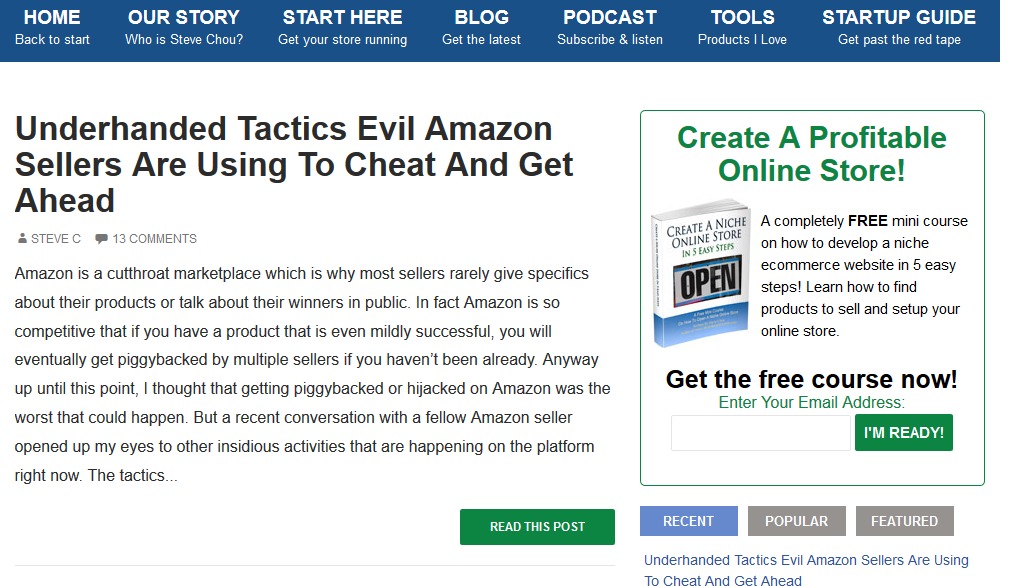 Plus that level of output meant he was burning himself out. So he settled with just twice a week. And now, he only puts out one post a week.

And yet no one complained about the decrease in content. In fact, Steve found that it was having a positive impact. He was doing a better job and it gave him more time to do other things.

His blogging came as a result of friends asking how he and Jennifer had managed to hit their income goal within a year or so. As a result, he began to document his experiences.

He uses his blogs as a form of lead generation. They direct people to his products, classes, and conferences.

And his success isn’t bad when you consider that he doesn’t enjoy writing.

Find A Medium That Works For You

A lot of people who blog are not writers. And if you’re in a similar position, it doesn’t mean you HAVE to blog.

There are methods you can choose to get content out there to still reach your audience. Videos and podcasts are great alternatives.

But don’t get hung up on the equipment. You haven’t got to have the best and most expensive stuff to create great content.

It’s more important to have a high quality of information and to really nail post-processing. That is what will get people listening to you, and not the high-end microphone you’re talking into.

And you cannot expect to master something straight away. You’re going to make mistakes. Steve admits his first webinars were far from perfect.

He now uses podcasting as a form of lead generation, just like his blogs. But when he started out, it was a good way of meeting people and building relationships. 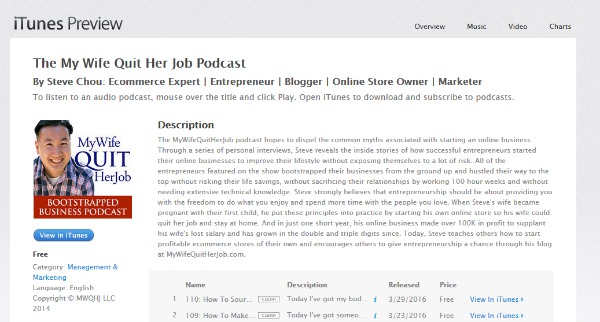 And now he is looking forward to his first conference, harnessing the relationships he has made.

You can get a spot at The Sellers Summit 2016 conference which starts May 19th in Miami. In fact, ‘conference’ isn’t the right word.

It’s more like a workshop where you will gain actionable material you can take away and use yourself. There’s no ego-boosting, inspirational stories; just a focus on learning.

As well as that, take his free 6-day email course on How To Start A Profitable Ecommerce Business.

Here you’ll learn everything you need to know about selling online. And by visiting his blog My Wife Quit Her Job, you can learn more about their story and more on how Steve has achieved his success.

But also, take a look at Bumblebee Linens, and see how it all started out.