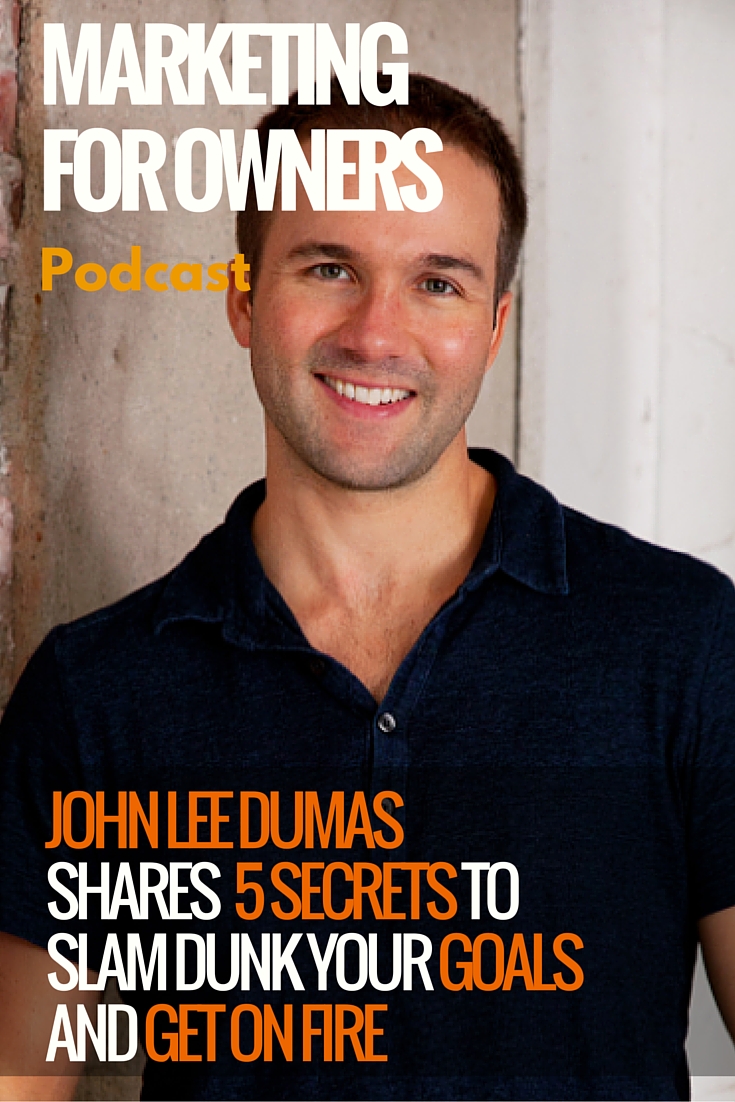 John Lee Dumas, from Entrepreneur On Fire, has gone from serving in the army to being a corporate lawyer. Finally, he escaped the world he hated and became the success we know him as today.

A few months ago, his wife Kate Erickson told us about The Freedom Journal they had created and were marketing.

Now, John tells us how successful they were and how it will help make a difference to children in developing countries.

But he also reveals how EOFire got its name. Who knew that it all came from his days playing the arcade game NBA Jam as a child? After hitting three shots in a row, it says ‘He’s on fire!’

It’s a phrase which spans across sports and business, as we all know that it means someone’s a rockstar who’s crushing it.

And that’s exactly what he spends his time doing; helping other entrepreneurs raise their game and achieve the best results possible.

He’s been killing it for years. Now let him help you to get that slam dunk too.

5 Tips from John Lee Dumas to Slam Dunk Your Goals

There was an Albert Einstein quote which John credits for sparking a change in his life and how he lives it.

If John had decided to carry on being a lawyer, he would be one of those people who looks back on their life with regret. And he realized many people regret not living the life they want.

There are many reasons why this happens. Perhaps it breaking a convention set out by society. Or, for many, it’s the fear of disappointing their parents.

But why should people project their disappointment onto others? And why should other people influence decisions about a life which aren’t their own?

And besides, do we really think our parents want us to spend our lives miserable?

Entrepreneurs are changing the path. And now anyone can go down it.

And what people often don’t realize when they say that something shouldn’t be done, is it gives them more of a drive. They want to achieve it and make it work even more.

#2 Get Stuff Out Which Is Of Value

Another characteristic of John is that he’s the type of person who takes action. And when he has an idea, he just charges forward with it.

So that, coupled with the resolve to never regret anything, means he was always destined for success.

He sat down to write his first book, Podcast Launch on a Saturday morning. By Sunday evening, it was finished and self-published on the Amazon Kindle store.

Of course, it has since been revised and fleshed out. But there is no arguing with that sort of motivation and drive. 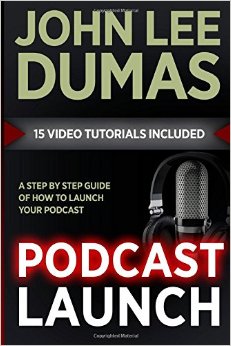 He just loves to constantly put out things of value for people to use. A philosophy which has gotten EOFire where it is today.

John believes you have to just give everything a go. After all, that is really the only way of knowing how successful something will be. Or, as he put it: 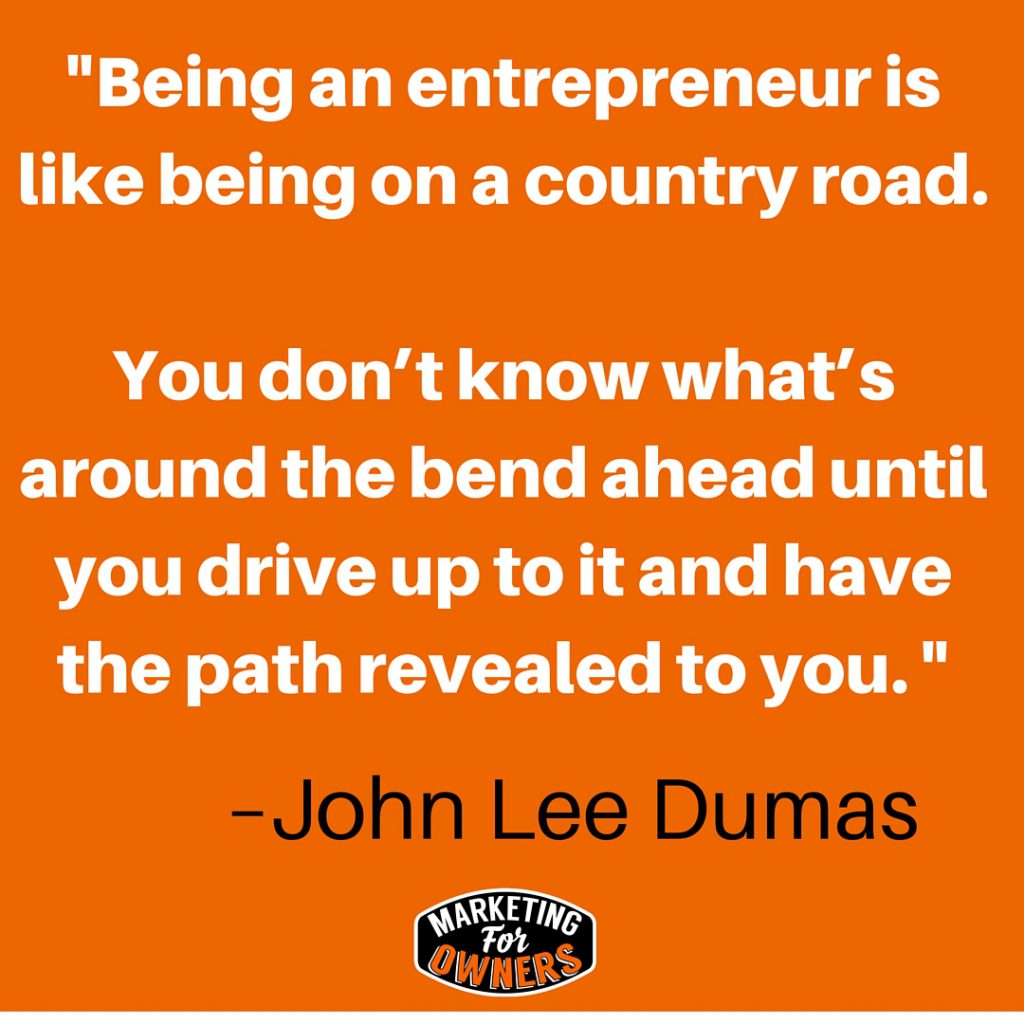 #3 You Need A Mentor

You should have a mentor who you can learn everything from. And John has one for every aspect of his career. This includes a business mentor and a physical mentor for his well being.

There are many people you could pick.

When deciding who you want to mentor you, you should choose someone who is now where you want to be. That then enables you to drive towards them.

When John started out, he hired Jaime Masters from the Eventual Millionaire, to be his mentor. That’s because he wanted exactly the kinds of success which she enjoyed. And now he has it.

And when he wanted to break into the world of webinars, he turned to Lewis Howes who had success in the field. And he hired him too. 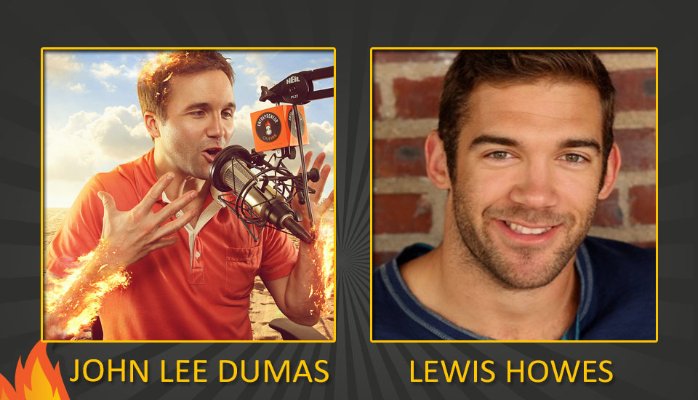 Of course, hiring someone to be your mentor isn’t going to come cheap. But in John’s experiences, the amount he spent doesn’t compare to the amount of money that experience has helped him to make.

Now, he receives many requests to mentor other people. And often, he now puts them in touch with another great mentor, who got where they are thanks to John.

However, with his daily offerings of advice in the form of podcasts and Snapchats, it’s like he is personally mentoring everyone anyway. For example, on Snapchat, he rants about the way he sees the world, such as why people are succeeding or failing.

I’m seriously having so much fun on Snapchat. EOFire.com/snap True confession, I’ve never really enjoyed any social media platform, or even really understood the power of any social media platform, until Snapchat. The NEW stories feature SnapChat just released changes everything. And I mean everything. Snapchat takes a little learning to understand, i’m not gonna lie. It’s not a simple picture scroll like Instagram, and honestly that’s where the beauty lies. Snapchat is more like an insiders club. Once the lightbulb goes on, the clouds part, the sunshines through, and the power of Snapchat is revealed. Cliff Ravenscraft created a killer 39 minute tutorial that you can search for via YouTube that will turn you into a Snapchat pro. I’m going so far as to launch a special EOFire episode all about Snapchat with my main man Joel Comm. I can drop so many value bombs on a day-to-day basis its exciting me to no end. it’s time to jump on the Snapchat train fire nation. EOFire.com/snap Value bomb drops daily.

And that advice is free.

Everything that John does is batched.

It’s far easier to spend a day writing a weeks’ worth of emails than to try and find time to do it every day. When you’re in that frame of mind, let it keep flowing.

It’s easier on your brain to not keep flitting, and I suspect you’ll soon find it’s easier and more productive.

For example, the day which John gave us his interview, he was batching them too. We were one of 11 interviews which he was doing. And he does that with everything.

I mean, you didn’t really think he quickly recorded a podcast every morning?

Of course, this may not be an effective way of working for everyone. But over time, you do learn the way in which you work best.

It’s no different to some people needing complete silence to work, whilst others turn their music up loud and sing along.

But just make sure you are working in the best way possible for you. Otherwise, you have no excuse for not completing everything you wanted to.

This method works for John as he likes to be focused on one goal at a time. And he follows that one course of action until he achieves success.

John’s latest goal was the launch of his new book called The Freedom Journal. This was a far more organized process than his first book.

With this book, he helps people to set any goal themselves and aims to help them achieve it in just 100 days. He chose a slightly different way of marketing the book.

He used Kickstarter to create a campaign, which lasted for 33 days, to build an audience. Kickstarter was just a shell he used to market the book as transparently as possible.

With it, everyone could see exactly how much money he made and how many people had given their support.

One driver of the success was that money was donated to the Pencils Of Promise charity. It meant people were buying the book for a greater purpose than just helping themselves. And as a result, it is helping build 3 schools in developing countries.

Another reason for the success was as a result of the value he has created over the past 3 years for free. This was a way for his audience to pay him back for everything he had done for them in that time. 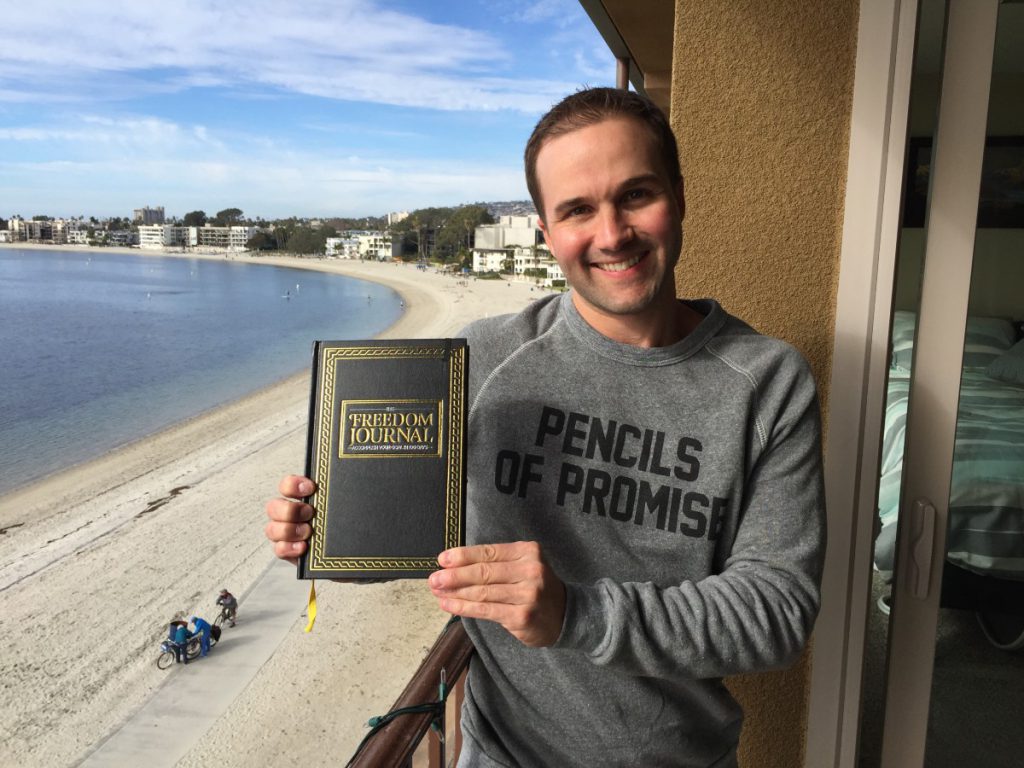 And on top of that, he has created a Facebook community. There, people can share what they have accomplished with the book, and also, help each other with any problems they might have.

When launching his book, he added lots of different layers of value. Which made it an obvious purchase for his audience.

So if you need help setting and accomplishing your goals, make sure you find out more about The Freedom Journal. Visit the website, where you can also purchase a copy for yourself and another for your friend.

Check out the Entrepreneur On Fire landing page. From there, you can get to everything John has created. You just need to decide it you start with his podcasts, blogs, free online training, or webinars.

Even if you’re not a teenage girl, you can use Snapchat to find John. He will enlighten you every day, and you can realize the powerful platform Snapchat is for growing an engaged audience.

You should also go and find out what Kate Erickson’s 8 secrets are to become an entrepreneur on fire when he spoke to us a few months ago.