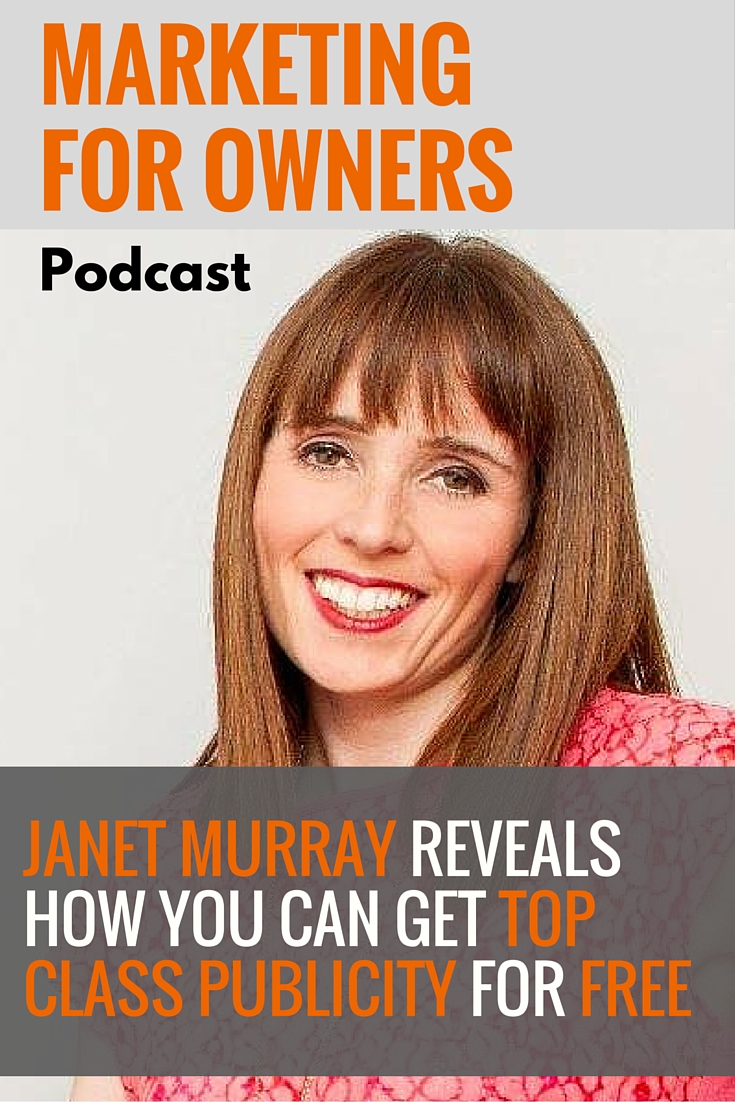 After years as a journalist and an editor at The Guardian newspaper, Janet Murray has had her fair share of people pitching to her for media coverage.

It’s a great method of getting your product or services free publicity in front of potential customers.

However, they only work when they’re done right.

And during her time, Janet has seen press releases which have been so bad they’ve left her angry. Rarely did a well-written land on her desk (or email inbox).

So she set out to start teaching people how they can write the best press releases possible to achieve the results they desire.

Janet teamed up with another journalist and started to run workshops which taught the best ways to pitch to the media. Now it’s grown and she teaches many small businesses how to get their story in the media.

And as a trained teacher of stroppy teens as well, she has all the expertise to help you boost your media profile without hiring an expensive PR company.

How to Get Top Class Publicity for Free

From Teacher To PR Coach

When she decided which career path to take – teacher or journalist – she took the route she’d been told was easiest.

By her mid-20s, Janet had already been a teacher for a few years. But she decided that she didn’t want to keep spending her evenings and weekends marking books and writing lesson plans.

Even though it was something she enjoyed, she found teaching teenagers also involves being a phycologist, nurse, and social worker as well.

So she got a diploma in Journalism from the London College of Printing and started to sell articles as a freelancer. Within six months, she had articles in the UK national papers.

She started out writing about anything and everything, but soon decided to specialize in women’s health, and then education. 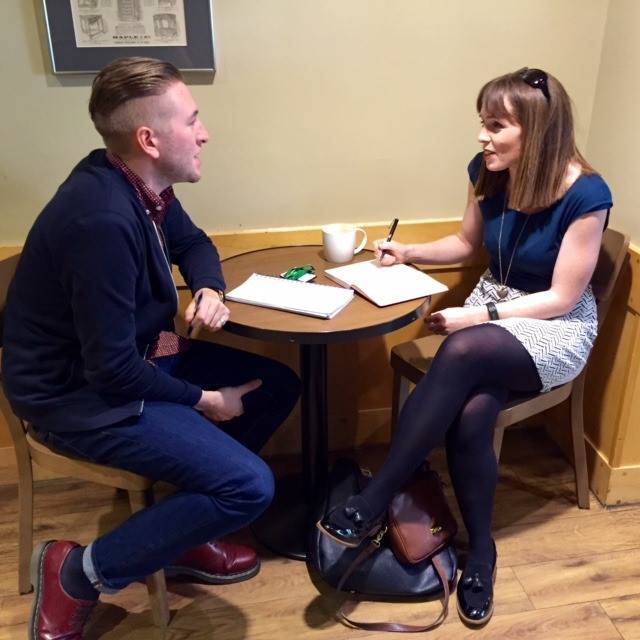 With a specialist subject, many opportunities started opening up, such as speaking at events or as a consultant. And this would make her a prime target for people trying to get PR for things they wanted her name on.

And it’s the frustration she felt for people paying good money for badly-done press releases, that she started to teach people to do it themselves, better. And this she achieves through blogs, podcasts, a coaching program and a membership community.

What Is ‘PR’ Anyway?

If you ever want to annoy people in PR or journalism, just say that they’re both the same thing. They are actually different things, even if they may cross over at times.

PR is about showing people who you are and what you stand for.

Janet thinks of it as something which is done through media, such as in newspapers, magazines, and on the radio and TV. However, the lines are increasingly becoming blurred as what counts as media.

It has become so diverse, with different types available on many platforms and formats. It’s something people may now try to achieve on podcasts, blogs, and social media.

Get nervous when you do radio/TV interviews? 🎥📻 Here’s three quick tips for you: 1. Don’t over prepare. Have one key takeaway point for your listeners (this will stop you feeling overwhelmed). 2. Imagine an audience of one – someone sat at home with a cat on their lap 🐱or driving to work 🚗 – this should help you feel less daunted 3. Slow down and breathe. If you feel as if you may be speaking a little bit too slow you’ve probably got it about right. For more media training tips visit: www.janetmurray.co.uk

But it isn’t for everybody. For some businesses it may work better than advertising, but for others, it won’t. And you should figure out whether it’s worth your time.

However, it can never do any harm for a small business owner to raise their profile. It ends up being a great thing to add to your website as a credential. Saying you’ve been featured in different outlets helps to give you approval. Plus it validates that you’re an expert who knows what they’re talking about.

It does also help you to get more sales, or opens up a wider range of opportunities when more people see and hear about you.

So before you start trying to get the attention of the media, you should decide what it is you would like to achieve from it.

Everything else in your business has a strategy, so why shouldn’t your media profile have a strategy too?

You need to make sure you’re trying to tell the stories which journalists want to tell and their audience wants to hear. You need to put your ego to one side.

We all want that two-page spread which says how wonderful and successful we are. But how is that going to fit into their narrative? Don’t make the mistake of thinking they should run whatever you want.

The best principle when pitching is to actually read, watch or listen to the content of the person you’re about to pitch to. Get an idea of the type of content they publish, and that way you may be able to find a way which you fit together nicely. 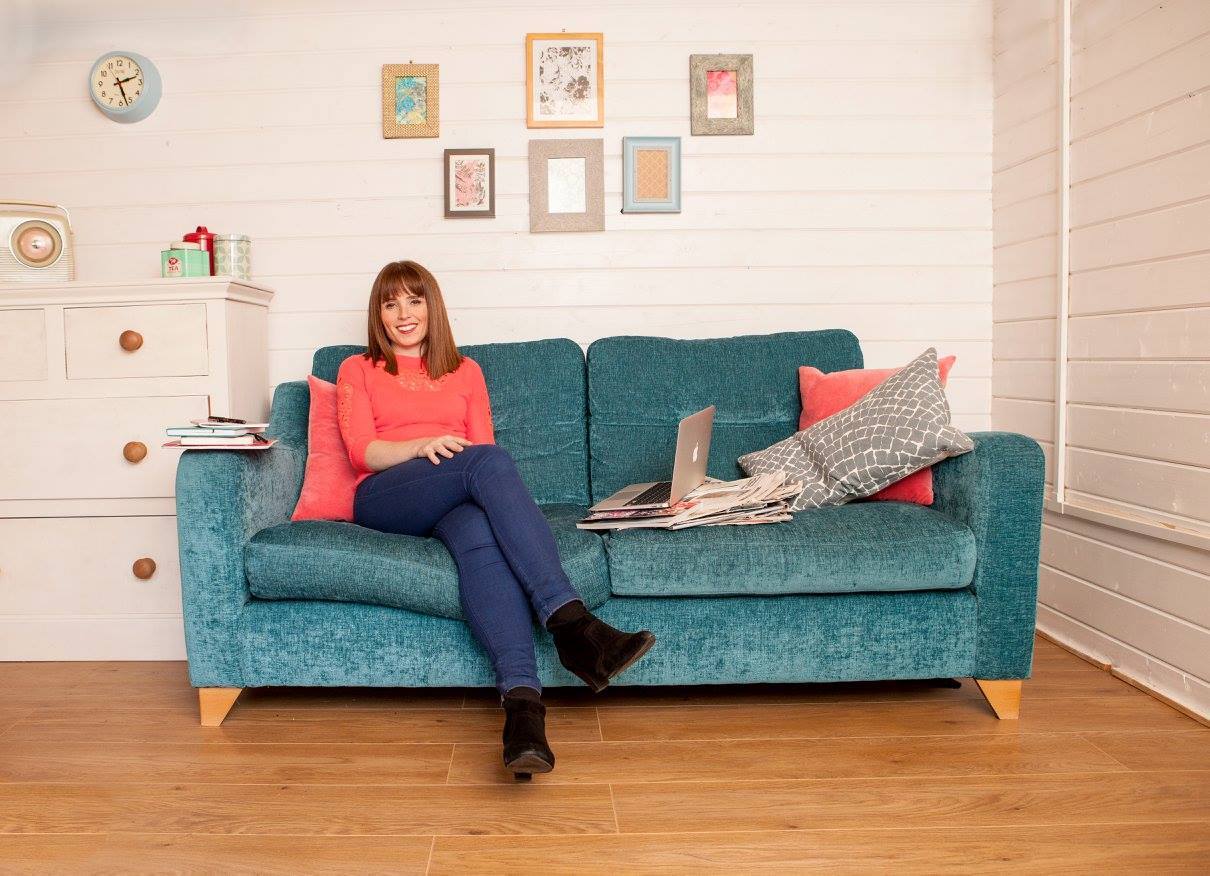 Instead of trying to put a square peg in a round hole, take a little extra time to find the one which actually fits.

You may notice a pattern and that a regular article which you may really suit. That will give you a better quality of coverage too.

After all, it’s insulting to have never consumed any of their work before if you’re asking for their time and effort. Show some respect.

You are likely to have a better success rate if you’re sure to not be snobby and think the local press and trade magazines are not good enough for you.

Firstly, it is generally easier to get into those types of publication because you’re not up against as much competition.

But also your story is far more newsworthy to them. Winning an award may seem like small fry to the big guys. However, taking the angle that a local person has won an award will be far more interesting to the readership of your local newspaper.

And besides, people love being advocates of local businesses.

You should also know that much of the national press scout local newspapers and magazines to find their next story. So don’t be so reluctant because it may give you a ticket to bigger places.

Stop Talking About Your Business

The best way of getting more coverage for your business is to stop talking about it.

Instead, talk about a subject which might interest people. Firstly, it helps to establish you as an impartial expert.

But it shows that you’re in the industry, without directly mentioning it. It gets away from the salesy, self-promotion feeling such a piece might have.

It ends up being something which people can relate to and get them talking.

Janet is a big believer of practicing what she preaches, and her articles pop up everywhere. And her success is proof that it works. 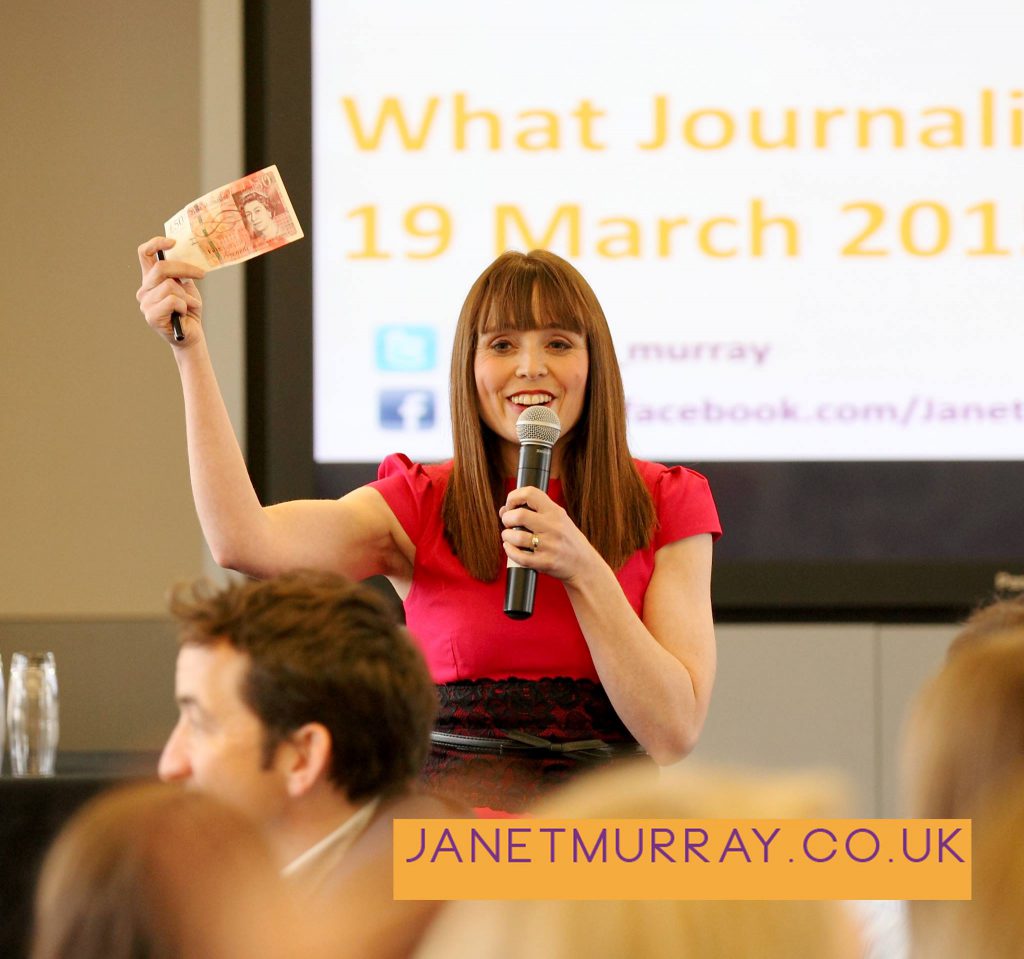 And when she writes an article, it isn’t about her business. But rather, it may be about how she manages to keep her family in check whilst traveling for business. Or why female speakers shouldn’t be expected to speak at an event for free.

It is implicit that she is a successful businesswoman, and renowned public speaker, without actually saying it. And off the back of such articles, people have looked her up and given her their business.

It can be intimidating talking and pitching to journalists when you’ve never done it before. Getting practice with local media is a good way of getting experience, confidence, and contacts.

But you can also try picking the ‘low hanging fruits’, as Janet refers to them.

Find journalists who are already trying to find people just like you to talk to. For example, journalists in the UK use the hashtag #JournoRequest.

When they’re looking for people to comment on a particular topic they’re writing about, they use this hashtag on Twitter. 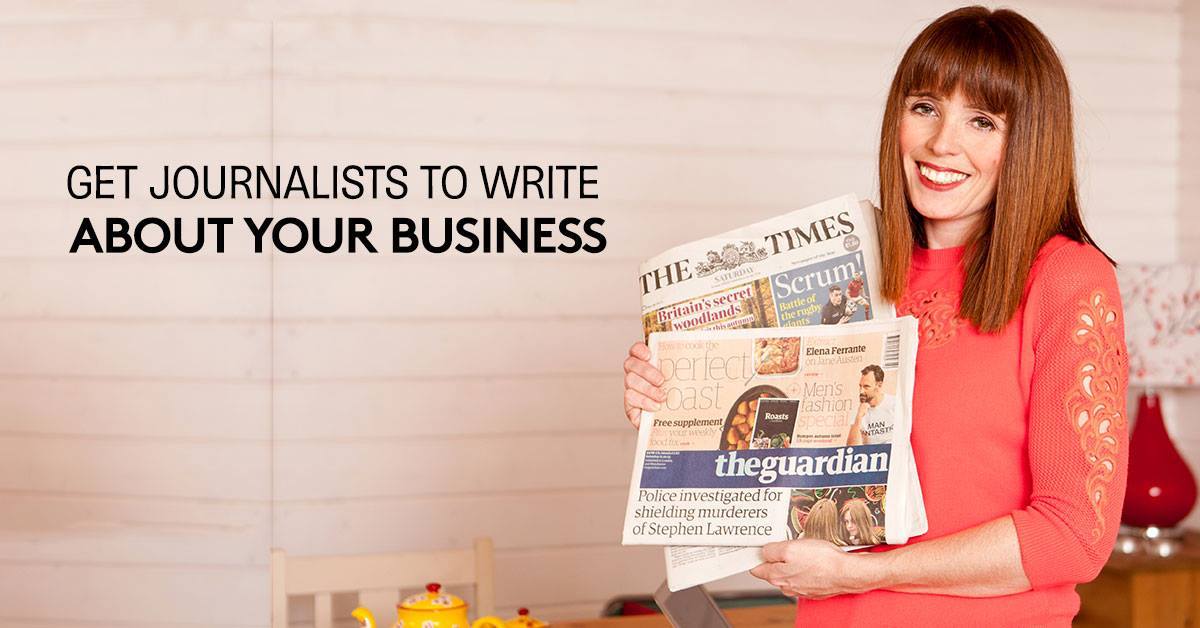 And wherever you are in the world, they’ll do a similar thing.

You could find the perfect opportunity. It’s also a good idea to contact the journalist with a recommendation of who they could talk to if you know someone who fits the request. That helps you to build relationships, and they’ll remember you too.

Alternatively, you could sign up for media inquiry services, such as Help A Reporter Out, JournoLink, and Response Source. Monitor these sites and receive email updates for the latest requests. And some of these types of sites also do free trials, which may give you enough time to build some important relationships.

The more you do, the less scary it’ll feel, the more experienced you’ll be, and the more exposure your business will receive.
Keep At It

Many people are put off early. They expect their business to skyrocket after one magazine article about them. But you do have to keep putting the effort in.

You don’t just tweet once, or put up a single Facebook status, and expect everyone to instantly come flocking.

To create a buzz, it requires continuous effort. And when you make these relationships with journalists and other such people, they will start coming to you next time they want a comment for their article. Especially if you manage to get in with one which specializes in your area.

But Janet feels it isn’t worth your time and effort producing media packs. Everything you do needs tailoring personalizing. You may work from a template, but it still needs adjusting for every single person you contact.

And having worked in a newspaper office, she knows where media packs end up…

Piled up at the end a journalist’s desk, under a load of other media packs which came to nothing.

Your Press Release Is Breaking My Heart is a new book from Janet Murray which was only recently released. It comes from years of reading rubbish press releases.

But she hopes to give media pitches a better and more successful future by helping you to write the best ones possible.

Taking you through every problem you may encounter along the way, her book promises to have you in control of your own successful PR campaign.

Janet also has a blog where she gives a variety of tips which are bound to help you out. And as well as that, free online training to help you write awesome press releases, as well as other training opportunities. All of this can be found on her website.

She also has a podcast where she gives you invaluable advice and talks to other experts. All of which will help your business to thrive and get people talking about your business and sharing your story.