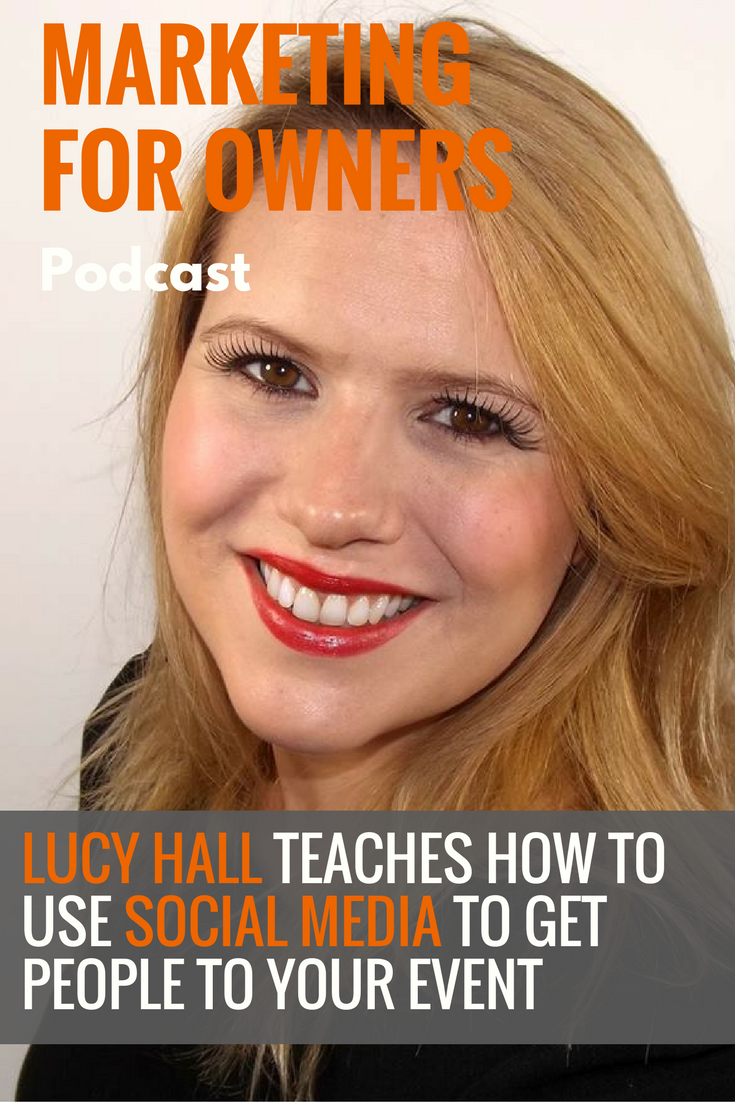 Lucy Hall has a passion for social media marketing and is completely self-taught. She has over 15 years of experience selling and marketing online and is the person behind Social Day – a social media event which takes place in cities around the UK.

Social Day is a forum in which businesses don’t just learn what to do with social media, but also exactly how to do it. Just one year since its start, and already it is now approaching its sixth event.

Back in 2001 at the age of 18, Lucy had an online business selling items on eBay. As a result, she became obsessed with online marketing and figuring out how to reach people without sending letters.

After a while working in the media industry, she then set up another online shop from home around seven years ago. She soon found that she could sell products by using social media, and before long she was working freelance, helping others to do what she had done herself.

Lucy shares with us why she set up her own social media event and her experiences doing just that. With her fifth event of the year taking place in London 2nd December 2016, it has quickly become the place to go if you’re looking to understand how to use social media.

Back at the start, Lucy’s business consisted of an AOL internet connection and eBay. But she discovered the cost of having a business hosted on someone else’s platform. Overnight, her first online business was gone after eBay shut down her account after not liking something she was selling.

So she set about creating her own website. Back in the days when websites were not easy to create using WordPress, her options were to either pay someone in India to set it up for her to learn to code.

It’s by far a lot easier today, and we perhaps now take it granted.

And now there are so many different ways for us to communicate with each other. As a result, this also opens up a lot of new and diverse outlets for marketing.

Her time spent working in media helped her to understand the importance of knowing who your target audience are, and how to reach and talk to them. It’s a skill which was directly transferable into marketing.

Everything she now knows about social media marketing, Lucy has learned by actually trying things out for herself. Along the way, she had successes and failures.

What Is Social Day?

Lucy likes to think of Social Day as less of a conference, and more a forum. It is where people go to listen to people who have been there, done it, and use social media every day.

Those who attend can get involved and become part of the conversation, with panels and networking opportunities as well as speakers.

The first event took place in November 2015. It came about after Lucy had spent time on Periscope that summer, and noticed how many people were using it to teach about social media.

She also saw that a lot of conferences were just saying that businesses needed to be everywhere on social media. But business owners already knew where they needed to be and why.

What people needed was to be taught how.

With Social Day, Lucy wanted people to show others how to do individual things which would help build a business on social media.

In a world were there already lots of content and thousands of people calling themselves social media experts, it’s nice to have people teaching how to do specific things on different platforms. And using case studies to demonstrate what they’ve achieved.

At Social Day, the talks are 20 minutes long, which mean they also get straight to the point. There is no filler and they’re not full of self-promotion. Plus, shorter talks reflect the change in attention spans social media has brought about.

The Challenges Of Setting Up An Event

When she first started out with the Social Day events last year, Lucy thought she’d only host one a year. But this year she has already put on four events across the UK, with the fifth of the year fast approaching.

And that’s as well as having a baby.

The first thing she had to do was find a venue, without spending much money. So she worked on creating a collaboration event. And she found a partner who had an interest in the audience she was targeting.

Lucy saw that the bank NatWest had sponsored a similar event. And after getting in contact with the event organiser, she got in touch with the bank and it went from there.

With a venue and date booked, she then created a page on WordPress and began looking for people to speak at the event.

By watching people talk on Periscope, and other places on the internet, she was able to pick people based on what they were saying.

She wasn’t interested in getting big names, and instead favoured those who knew what they were talking about and could be really helpful to small business.

After all, the big names work for the big companies. And what works for a big company isn’t something which will necessary work for those in small businesses.

Plus those people already had a dedicated audience who were learning from them, and she could see they were comfortable presenting.

However, the presentations haven’t got to be slick. But the information does have to be useful, actionable and be of interest. And at that first event, Lucy achieved a nice mix of people discussing new things, as well as covering the necessities.

Although for the first event she did pay some of her speakers, since then she hasn’t paid anyone to attend. It is now a collaboration of people working together to provide help to those who need it.

How To Actually Getting People To Turn Up

The next challenge is to get people to actually come to the event. For the first event, she went straight onto Periscope to tell about it. And every time, she sold another handful of tickets.

And after partnering with an SME publication, they also sent emails to their audience.

As well as that, Lucy used social media to build up awareness and also managed to harness the audience which her speakers had.

On top of that, Lucy reached out to communities of people who may be interested in the lessons being taught. These included people studying social media at university and digital mums.

By the second event, with 220 tickets available, she sold out six weeks before the event.

Now, Social Day has a follower base of people who like to attend every event. After all, a lot can change in the world of social media over the period of a few months.

The Social Day website is full of news and educational material to help you with your social media efforts.

You can also find out everything you need to know about the next Social Day event in London which takes place on the 2nd December 2016, where Jon is the keynote speaker.

Tickets are a bargain at £25 (+VAT) and also much cheaper than purchasing a course which is probably out of date. Also, for an extra £10, you can attend the after party in Shoreditch.

Or a £45 ticket not only gets you access to the HD video recordings of the whole day but also allows you to see content from the previous events.

And if you want to find out more information about Lucy Hall and her social media training resources, you can visit her own website.