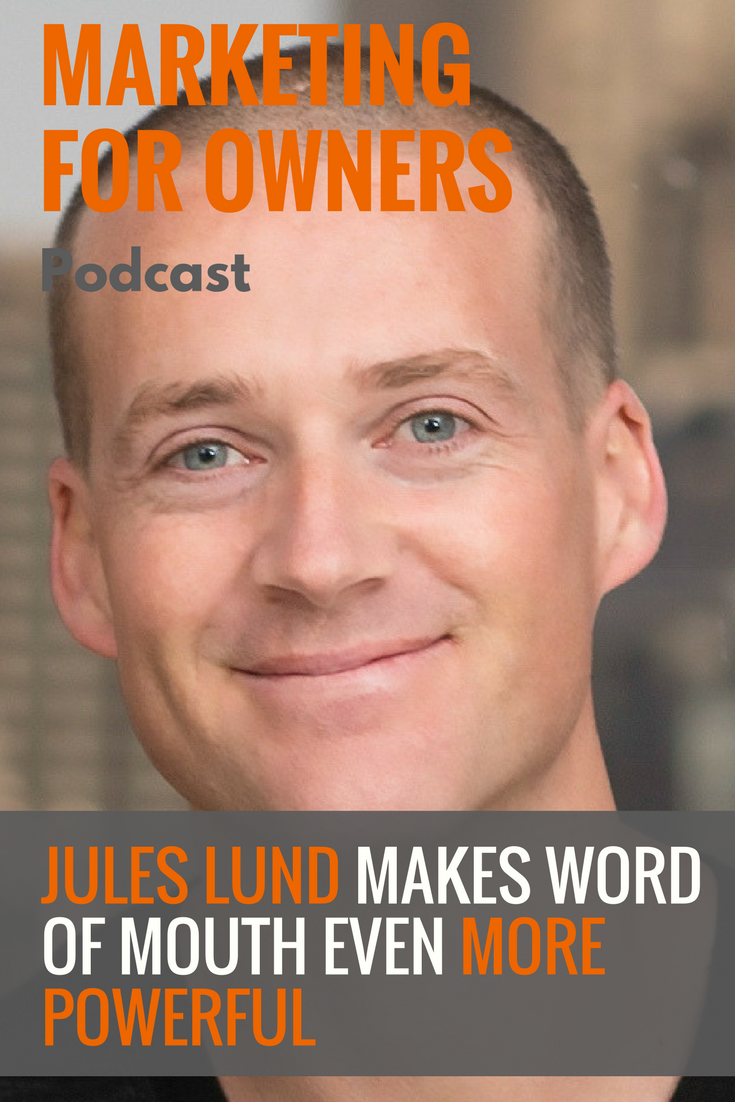 Jules Lund spent 15 years hosting television and radio shows in Australia. He had the dream job of traveling the globe as a travel reporter for 10 years and hosted a radio show which was broadcast on 90 radio stations across the country.

It was through his radio work which he discovered social media. Jules was late to adopting Facebook, Twitter, and Instagram, but quickly discovered his love for it and became obsessed.

Finally aware of the monumental power it has as its own medium, he created a social media influencer technology company in November 2015. Since then it’s been growing fast, and as he leaves radio and TV presenting behind, he is clinging on to dear life as his latest project builds momentum.

With TRIBE, leading and local brands are able to connect with social media influencers to create engaging campaigns which their audiences will love.

As a result of the app, the brand gets unique marketing opportunities they’d have never thought of. Influencers can add further value to their audience and be paid for it. And followers get new content which they love whilst being introduced to brands by people they trust.

With Jules bringing the app to the UK, discover how you can spend your money more wisely on more advertising campaigns which are going to get real engagement.

Being Late To The Party

Despite the fact Jules has created a tech company based purely on social media and its potential, he was ironically very late to join social media. He’d been reluctant to join as he thought it’d be like fan mail and would be constantly responding, plus he preferred to connect with friends more personally.

However, he started to use it for his radio show and quickly created intimate relationships online, and he couldn’t believe it. In fact, that Facebook page became the most engaged-with brand in the country on the social media network.

Before he became a TV presenter, Jules had studied graphic design. He’s always seen the world visually and that became difficult when hosting on the radio. Social media became the bridge.

The radio show’s Facebook page was social and visually beautiful. He quickly identified what worked and made it even better.
Doing things for social media was easy as it took no real extra effort. All they did was turn on a camera whilst doing his usual and then edited it.

It resulted in him having two different audiences. The people who enjoyed the afternoon radio show were not the same people who were following the Facebook page, and vice versa.

Since then, Facebook has changed somewhat, and it’s now harder to grow a large following without spending some cash. You have to either accept that it will cost money, or you have to really make an effort to engage with the audience you have.

Although Snapchat has natural growth within it, there is unlikely to be a day where those who are unhappy with Instagram will all switch over. Instead, it will have a different audience who are younger and will naturally start out on social media there.

The rest of us will most probably stick with Facebook, Instagram, and Twitter. The latter has a lot of users, but it is now plateauing as it struggles to attract new users.

Be A Citizen Informer

Having been a TV presenter of a show which had an audience of 1.5million ever Thursday evening, he was naturally an influencer on social media. And he made money as a result.

But an influencer really hasn’t got to be a big name. Someone with a following of over 3,000 on any of the large social media networks, who are engaged, is just as much an influencer even though it is a low number.

If you were to stand in front of a group of 500 of your friends and recommend an amazing podcast to them, they’d trust you and many of them would try it out as a result. So imagine if you were stood in front of 3,000.

Sure, a top tier influencer will have millions of followers. But the smaller the tribe, the more potent the influencer is.

Someone with 10,000 followers will have a higher engagement rate than Kim Kardashian.

On the other hand, if you simply just set out to become an influencer with a large following, you’ll never be an influencer. A true influencer will have some sort of expertise or does something which the audience will really value.

With Jules’s app TRIBE, he connects brands with social influencers who create content. He calls them Citizen Informers.

There are 8,000 citizen informers on TRIBE who have worked on 13,000 campaigns which have been with big brands and local brands.

Now as consumers, we all probably endorse around 1,000 brands. These are the clothes we wear, the apps we use, the books on our shelves and the favorite programs we watch every week without fail.

What TRIBE does is allow users of those brands to be paid for telling their followers, honestly, about how good it is.

The brand posts a brief, outlining the sorts of content they’re looking for, such as a picture. Then the content creators who either already own it, or are willing to spend money trying it out, will submit their content to the brand.

No free samples are sent, as you cannot truly recommend something if you don’t already use it or are willing to pay money for it.

It’s more natural, far easier, and cheaper than paying an actor to advertise the product in a contrived manner for a TV, radio, or billboard advertisement.

For using a top tier social influencer, you may pay them $2,000 to post one piece of content which causes one conversation about the brand with their followers.

Or, you could pay 40 smaller-scale influencers $100 to post 40 genuine pieces of content which cause 40 different conversations about your brand. And you could even then repost each one of those pieces every day, for 40 days, to create content for yourself as well.

It allows your actual customers to become your content creators to solve another problem, which is again more natural and costs far less.

Since starting out, Jules has raised over £8million (AUD), with $5.3m of it being raised recently so TRIBE can spread the fun they’ve had in Australia, all over the world, with the UK being the next destination. Of course, brands from all over the world can use it to post requests to content creators waiting for the next great idea.

You can find the app by searching ‘TRIBE Influencer’ in Google Play or the App Store.

By visiting the TRIBE website, you can also find information about becoming an influencer or can create a campaign to post. Just remember, you only spend money on the posts you purchase, and can politely decline the rest.