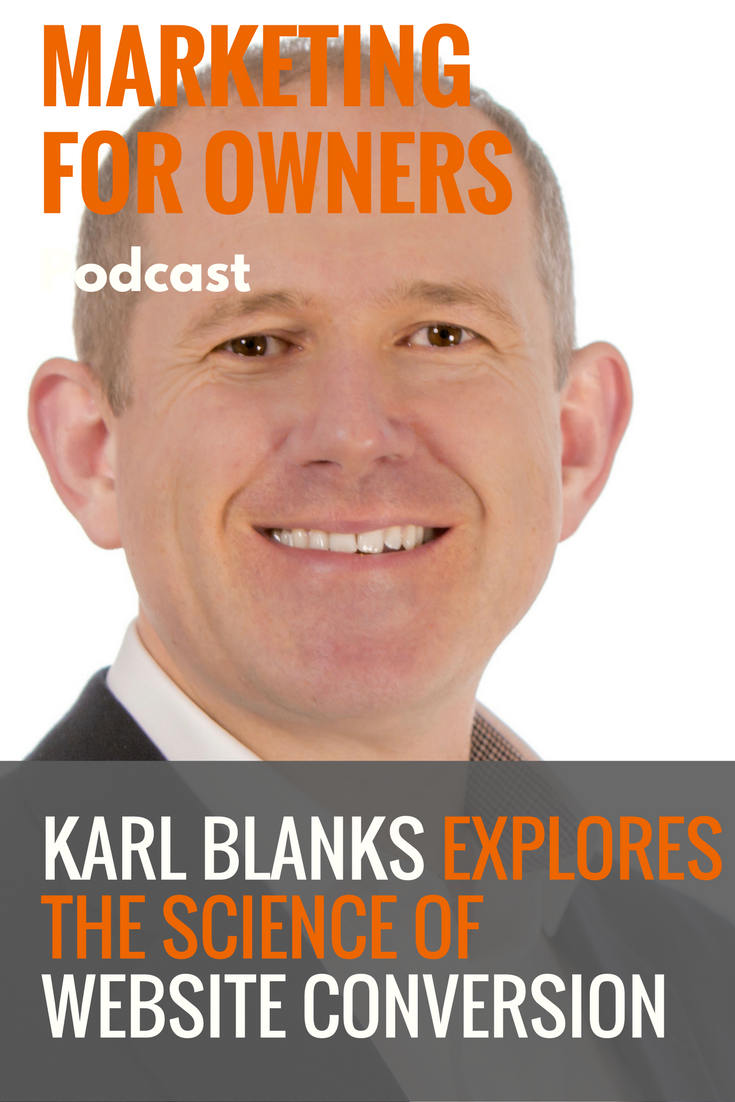 But his journey started at Cambridge University where he studied Natural Science at Undergraduate, and then a PhD in developing a new high-temperature mix for lining combustion chambers. In other words, he is basically a rocket scientist.

From there, he worked in industrial environments learning about engineering processes and carried out variant testing. After all, these are all techniques developed for the offline world, which are also relevant online.

In 2001, he started working for a company which sold mobile phones online at a time when web marketing was just SEO and directing traffic. By 2005, they thought they’d achieved everything there was to do with marketing and ranked #1 for many keywords.

But it was after attending a Google conference that they started to experiment with their analytics, and it ended up taking off like crazy. Within 12 months, they had tripled the business.

After discovering the huge benefits of conversion rate optimization, himself and Ben Jesson founded Conversion Rate Experts in 2006.

Discover more about their incredible story, and more importantly, how with a scientific approach you can also massively increase conversions in your business.

Karl and Ben went to that Google conference thinking they had already done everything there was to do and went looking for some other focus for their marketing. The answer was to simply improve on what they were already doing well, to make it even better.

When it came to looking for the answer on what to do to better convert their potential customers, of course, every agency and business they approached told them that what they specifically did was the answer. Whether that was copywriting, live chat, or something else.

Instead, they did it in-house and as a result became optimization experts. With their impressive results, they wrote an article that revealed their 108 techniques for growing web business.

It went viral. And the following day they received an email from a Google senior manager asking to know what their plans were going forward and invited them to become their first international partner for its A/B-testing tool.

The business within them was then pulled out by the strength of the market, helped by the validation by Google. And in creating Conversion Rate Experts, have built a company which they wished had existed when they were in-house marketers.

Why Don’t We All Test?

There are many excuses for not testing in our own businesses. The main reason is often due to a lack of time. Even though most testing can be automated these days and doesn’t require each version to be designed by hand, it still takes time to set.

But that doesn’t change the fact that it is easier to test now than it has ever been before.

A lot of people also don’t want to know the answer and are not willing to face the truth about their business. Even though you won’t win every test, the fact is that the mere action of testing gets you nearer to the solution.

There are still industries on the internet that don’t know they should be demanding accountability and experiments from their marketing team.

Another reason people don’t test is simply because they are not aware that marketing can be so accurate. There is always an answer to how effective a small change can be, and the impact is will have.

The beauty with testing is that you only keep a change if it actually works, and can easily discard it if it doesn’t. Therefore, all you can ever do is grow your business.

Science is about understanding the world and hypothesizing on how things work. Using those mental models, you can use it to get the results. Maths measures the results, while science creates the experiments.

You get far better results by seeking the truth and other opinions, rather than just having the confidence to ‘know’ something will work.

How to Start Optimizing

How Conversion Rate Experts approach their work is different to how most people start optimizing businesses. Their nine-step methodology is available on the website, but here are the basics:

The first stage is to know what you want to create, or what the ultimate goals are for the business. What will the business look like in 10 years time?

When you have the strategy right, you have the wind in your sails and it makes everything easier. Everything online is scalable that the right answer is often to dominate a certain market.

You then create metrics so you know how to measure it. These are likely to be maximizing profits, or the number of customers you get. But decide before you start what success will ultimately look like.

Understand who is coming to your website, as well as the keywords which are helping them find you and the pages where they’re landing. But on another level, also know who they are as people.

It is difficult to sell to people if you don’t know what they want and don’t want, as well as what they’re looking for and their preconceptions of you and what you do.

Also find out what they like (and dislike) about your website when they interact with it, as well as your products. From that, you can then create a list of the things you should be amplifying, as well as coming up with counter objections to the things they found off-putting.

Be aware that people are distrustful of claims online and are often blind to them unless you have proof to back them up. It could be saying that a celebrity name uses your product, scientific proof, testimonials, or media mentions. It makes them realize that what you’re saying may actually be true.

Come up with ideas for what might grow the business. Aim big, and then people will start to think big. So rather than targeting a 1% increase, think about doubling what you already do now.

With as many ideas as possible, you can then rank them on the likelihood of them working, as well as how easy they are to implement. And with feedback from past users, by the time any A/B testing goes live, it is no longer a random shot in the dark.

Now you can start testing, but should be pretty confident that what you have chosen is going to work. With enough data to conclusively know that it has worked, you promote it to being the standard and begin looking for other ways to optimize.

This whole process is important because we often fixate on the things which are actually not a problem at all. It’s common for clients of Conversion Rate Experts to identify their main problem as being something which his team thinks is perfectly fine.

Often, the biggest possibilities are found in things which the client will never bring up because they’re blind to them.

When it comes to discovering how to test on websites with low traffic, CRE still has a method for helping you to effectively test, which is available on their blog.

In fact, Karl and the team have lots of free and helpful resources in the Learning Zone of the Conversion Rate Experts website.

It’s also a great idea to sign up for their email newsletter where they’ll make sure you get up to speed. It’s also the best place to be so you’re one of the first people to find out about their upcoming book, which promises to be a how-to guide full of their most effective optimization techniques.