Hello! Happy Tuesday. It’s Jon and today we are going to talk social media. Oh what a pain to get more followers, am I right? BUT — there are ways to do it. There are in fact 3 ways, in a rough sense.

Before we get started into how to attract new social followers, let me tell you a bit about the free course that explains how to do what we do — it’s a free marketing course.

You can learn how to do this from start to finish, absolutely every little bit in 12 days. Just go to www.FreeMarketingCourse.co.

Honestly it’s no catch. Tell me what you think. It comes everyday into your email inbox. Its video. Really short and you can do on your mobile because we’re that kind of company.

We are available wherever you want us to be.

One way is to buy followers and spam it up. And I am going to tell you don’t do that. No. never ever. I get people follow me on twitter all the time and they tweet us saying,  ‘buy 20 thousand twitter followers for $50.’

How on earth do they not get banned by twitter? 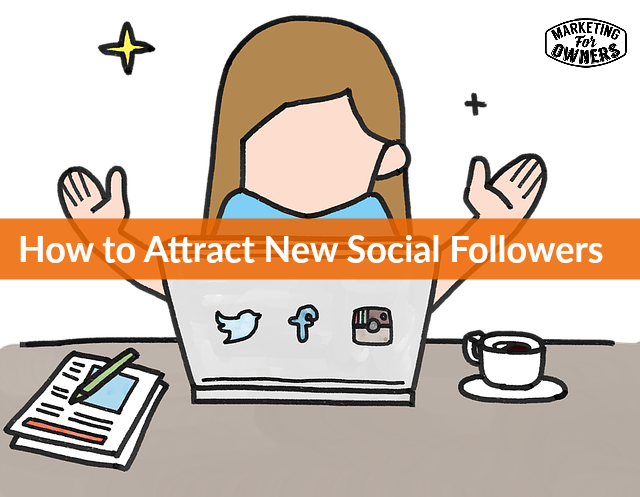 They can’t even do that. How could twitter not figure that out, if it’s in their bio? Just don’t do it. Why would you? Well because they are not real followers. Who cares? Its ego ego. It’s not numbers.

So don’t chase numbers for the sake of chasing numbers. Get followers on twitter or social media because they can become customers and they can share your information with other potential customers.

They can get your reach to more audience. Everywhere. And it’s completely and utterly free.

The 2nd way of doing it is to actually be social. That means to actually contact people via social media, chat to them.

Like you would if you met them at a pub or a bar or a restaurant, in the street, in a soup market, Starbucks and just be social. And make friends that way.

But in my experience, a vast number of us just aren’t that social, aren’t those kind of people, me included by the way. This you’re looking at someone here who isn’t, you know social media for me.

It’s not the be all and end all. I don’t love twitter. You won’t find me addicted to my iPhone on social media. But a lot of people are. Fantastic. They do really well.

But for the rest of us, how do we do it? It is possible. Now we do it by making the most of other peoples’ followings.

So quite simply, when you are on social media, you can talk to people, one on one. But you want to get a few at a time.

And by getting people’s attention, they will read who you are, they’ll look up about you and in your bio, and on your social media profiles, so this can be, Instagram, Pinterest, Facebook, twitter, google plus, LinkedIn, doesn’t matter what it is.

They will check out your bio and then they will follow that link through to your website if it sounds interesting enough and you can send them to a landing page where there is a lead magnet something of fantastic value that it is in tune with your audience that they sign up for.

Something for instance like my www.FreeMarketingCourse.co, that they sign up for and then you have a chance to market to them because you have a chance to get them to know like and trust you, over the time and when they need something, they become a customer. So how do we do this?

So here’s an idea. Find out in your industry, who are the influences who have the most influence on social media.

You know your twitter, Facebook, Instagram and etc. and of course people can, people can artificially inflate. But once you get above 70, or so, then it is very very difficult to grow a Klout Score higher than 70.

Someone, you know top really famous active people may have it up in 90s but that’s rare for the rest of us.

So then once you do that, figure out a list of these people, and write them down. Write down how many followers they have on certain social media.

So if they have a lot on Instagram or twitter, be sure to note that — because most social media people prefer one platform over the others.

So if you can find people who are good at those and they fit your style, then note down these numbers and then find their blogs.

So the next thing is, you find somebody, you then read their blog, find their top posts and find a quote. Just not that they have made, you can find something they’ve said that means something, apparently means something to them, quite often in a blog post, it will come out as what’s called a block quote.

Quite often it will have you know little quotations around it or be highlighted in the middle. Or something like that. Or it could even be one of their headlines.

Something like that. But generally a quote some people will do what I call tweetables or tweet this little sections because they are proud of what they said.

Find one of those, make an image. Go to canva, pick one of their little templates. Make it simple, you don’t need to choose one of their templates. You don’t need to pay the dollar, just go to site such as www.unsplash.com, or gratisography (www.gratisography.com). Look up the free royalty free websites such as pixabay (www.pixabay.com), places like that. Find some innocuous background, countryside, mountains, sky, flowers, something beautiful, pop it into canva, pop it into picmonkey and make a quotation. Pop the text on it, make the text big, make the text very bold, other bottom put by or dash. Put their name. Okay so they are kind of signing it off, you know. And then create your image, post this on the social media site that you find most engagement and be sure to do it in the shape and the size. Canva is best for this, because they’ve got templates for finding the sizes. So if they are experts on twitter then put the image on twitter, put a little comment next to it. Something as simple as “Inspirational words made my day so much better.” and then put their handle in it. Put their twitter handle in it if you’re using Instagram. Tag their Instagram handle if you are using Facebook, @ their Facebook URL, okay. And then pop it out there and that is that. I mean there are other texts in Instagram. You can tag it and so on. And Pop it out there. Now generally top people will monitor social media. That’s why they are good at social media and they will pick it up. They will see it, they will find it and they will share it. They quite often may come back to you and say, ‘Hey, thanks. Glad we made your day.’ Because they are social. And do this as a habit, overtime you will grow your following because people will notice, people will follow, people that the big people like and you’ll get attention and it will grow your following and It will grow it naturally without spamming it. Now don’t do this too much. Don’t just do this on its own, but in between your tweets, between your shares, it also helps by the way to share other stuff of theirs. Make a little list of these people and do it in rotation. Do this overtime, over and over, you will gradually find you get to know them and the eventually they start sharing your other stuff. 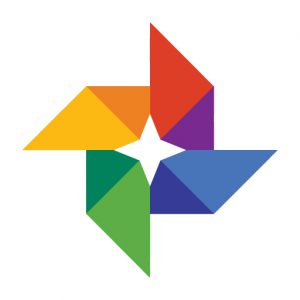 Anyway it is a Tuesday. Time for a Tool Box tip. It’s going to be very quick today. Because this I find that people aren’t using and I can’t believe it. So as I‘ve mentioned it before, it is Google Photos. This is an app on your iPhone or android, I’m sure they have it on android, but it is free. Totally free. All these photos and videos that I do get stored into Google Photos. When I get back onto Wi-Fi, I open up the app and it automatically uploads a copy of every video and every photo I’ve taken since the last one. And it just keeps them. Google doesn’t lose stuff. Google is pretty good. Now you might say, ‘Oh, but what if?’ it’s Google. Google. It’s Google. You know you could say, ‘Oh yeah but what if Facebook lost all my stuff, you know what if everyone?’ but of all the people, least likely to lose stuff, google. Google mirrors everything. All over the world in multiple data centers. They’ve got loads of copies at their expense. It’s free. You might say, ‘Oh these are only 10 minute videos Jon.’ No — they record longer than that. I did a conference and Susan recorded it. The thing was like 50 minute video. It uploaded that. It just took a little bit longer and it’s all there for free. Please use Google Photos. Clean up your phone, save them over there. You don’t have to need bigger storage phones that you can’t update and so on. That’s it from me. Tomorrow by the way is our expert interview series. We have the fantastic lead likeable Dave Kerpen, the author. Talking about social media. If you haven’t read his Likeable books, it is fantastic and he’s got a new one coming. But he is great. Fantastic stories, what a lovely bloke. Click here to instantly download our FREE Book “The 71 Ultimate Marketing Tools”

Listen in tomorrow. It’s going to be episode 333. I’ll see you there.